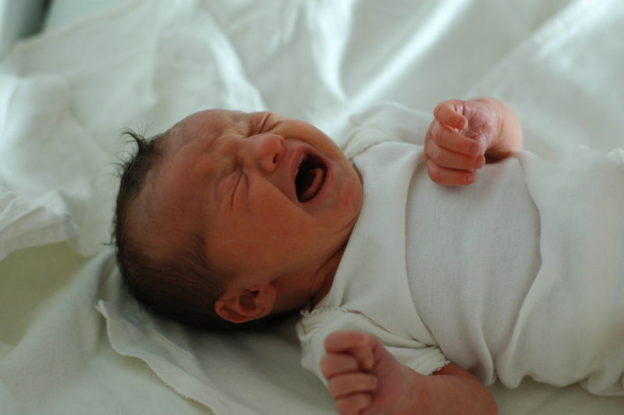 Infants, just like adults, have various sleep stages. Active movement or lying still during sleep depends on the sleep stage. The sleep pattern in infants usually develops towards the end of pregnancy. Normal sleep circadian rhythm and cycles with REM are established at 3 months after birth. Most infants sleep through the night by 3 months of age; however, allowing co-sleeping may delay full night sleeping.

There are two types of sleep: REM and Non-REM sleep.

There are rapid back and forth eye movements during REM. It is the REM stage where dreams occur. Newborns sleep for about 1 hour per day. Half of this sleep is REM sleep. Older children and adults, however, spend less time in REM.

This type of sleep has 4 stages: 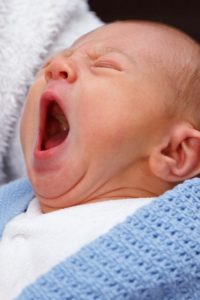 As the baby sleeps, he moves to stage 2, 3, and 4 of non-REM sleep. The cycles are reversed after stage 4. The baby now moves from stage 4 to stage 3, stage 2 and then REM sleep. This cycle is repeated many times during sleep. Babies often have difficulty in going back to sleep as they move from deep sleep to light sleep.

High Yield: Sleep hygiene is important for better sleep, as well as a certain bedtime routine. Rocking the baby to sleep may make the baby need to be rocked, to go to sleep. Crib hygiene is necessary to prevent SIDS.

Nightmares can occur at any age, and they equally affect both boys and girls. While they occur in REM sleep, nightmares mostly happen in the last one-third of sleep and awaken the child. The child remembers episodes from these nightmares; however, it can be consoled.

Helping a child with nightmares

Nightmares cannot be prevented; however, parents can reassure that their child is not stressing over the last night’s nightmare. Some of the methods to help such a child are:

Night terrors are experienced by approximately 1—6 % of the children in the age group 3—8.  The peak onset of night terrors is seen at 3½ years of age. Night terrors are more common in boys as compared to girls. They occur during non-REM sleep and do not awaken the child. The child has no memory of the night terror. They are typically seen after almost 90 minutes of sleep and therefore occur as the sleep cycle moves from stage 3 to stage 4 of non-REM sleep.

The issue of night terrors runs in families. Mostly, the cause is unknown, but night terrors can sometimes result from fever, medication affecting CNS, lack of sleep, and stress.

Read more about the common causes of night terrors.

Approximately, 28 % of infants are affected by colic. It leads to stress and frustration for both parents and healthcare providers.

Infant colic is characterized by the following features:

Rule of 3 for infant colic

Mothers who smoke during and after pregnancy have a greater risk of having a child with infant colic, but there are some more pathological causes of excessive infant crying:

The first thing to do when dealing with infant colic is to rule out other causes of crying episodes. Changing formula rarely helps. Acknowledge parental frustration and screen for child abuse. The baby should be fed upright with frequent burping.

Some more detailed treating steps are:

A breath-holding spell is a non-epileptic disorder of benign nature. It occurs in otherwise healthy children who are 6 months to 4 years old. It is estimated that almost 5% of children have this issue.

There is usually a paroxysm of a breath-holding spell.  The episodes are triggered by some minor injury or an emotional upset and can take the form of holding breath, cyanosis, and even syncope in case the child holds the breath for a longer duration. Seizures are also seen in rare cases right after the child gains consciousness. Apparently, a breath-holding spell is frightening to watch; however, breath-holding spells are not usually harmful or related to long-term risks.

The mechanism behind it is that crying leads to apnea. Apnea leads to color change and loss of tone, which, in turn, leads to a loss of consciousness.

There are 2 types of breath-holding spells:

Once breath-holding spells are clinically diagnosed, an electrocardiogram is recommended. Also, anemia, specifically iron deficiency anemia, should be ruled out.