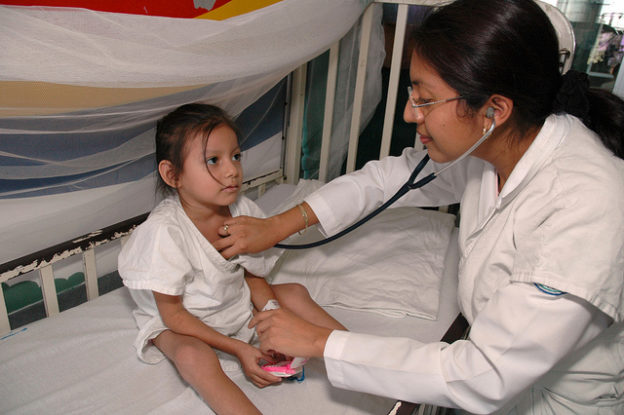 Introduction to Pancreatitis in Children

Pancreatitis epitomizes the inflammation of the pancreas, an organ that secretes various enzymes that help digestion. These enzymes aid the breakdown of critical molecules, such as proteins, fats, and carbohydrates, and are important for the proper absorption of these nutrients from ingested food. However, these enzymes have deleterious effects if improperly secreted with respect to location and time because the enzymes induce autolysis and inflammation. Pancreatitis may have a subtle presentation. Pancreatitis can be mild, severe, lethal, or incapacitating, seriously impairing quality of life.

Epidemiology of Pancreatitis in Children

Note: The incidence of pancreatitis in children is estimated to be approx. 1 in 10,000 children.

Classification of Pancreatitis in Children

Pancreatitis is classically divided into 2 groups(acute and chronic).

There are many cumulative scoring systems for assessing and prognosticating various aspects of pancreatitis, but there is also conflicting evidence regarding the superiority of one score over the others.

The most notable scores are as follows:

Formulated in the second half of the 20th century; Ranson’s criteria are used to grade the severity of acute pancreatitis.

For patients with non-gallstone pancreatitis, the parameters introduced are as follows:

Parameters deemed relevant are as follows:

For gallstone pancreatitis, the relevant features are as follows:

The following features should be assessed:

APACHE is an abbreviation for Acute Physiology and Chronic Health Evaluation. Several factors, such as serum calcium, obesity, and indicators of organ failure, are taken into consideration when calculating the score. An APACHE score > 8 signifies severe pancreatitis and is directly associated with an increased risk of mortality.

The extent of pancreatic necrosis determines the number of points allotted as described below:

The Glasgow criteria are useful for various etiologies of pancreatitis, such as alcohol- or gallstone-induced pancreatitis. A score ≥ 3 is indicative of severe pancreatitis.

The parameters studied can be memorized with the acronym, PANCREAS, as follows:

Clinical Presentation of Pancreatitis in Children

A 17-year-old male patient who admits to drinking alcohol with his friends after school presents with nausea and marked vomiting for the past 12 hours, and he attributes his symptoms to alcohol.

On physical examination, he has abdominal tenderness, fever, decreased bowel sounds, and upper abdominal pain that radiates to the back and worsens after eating. Laboratory testing shows an elevated lipase level.

What pathologic process is relevant to the patient’s condition?

Etiopathogenesis of Pancreatitis in Children

The etiopathogenesis of acute pancreatitis can be understood with respect to the 3 most important causes (duct obstruction, acinar cell injury, and defective intracellular transport). All three causes lead to the activation of enzymes, which results in acute pancreatitis.

The key features of the cellular cascade that follows as a consequence of any of the previously mentioned etiologies, which ultimately culminate in pancreatitis, are as follows:

Clinical Signs and Symptoms of Pancreatitis in Children

Acute pancreatitis is usually a clinical diagnosis with signs and symptoms as elicited in the clinical vignette above. However, pancreatitis can be difficult to diagnose and is commonly a silent mimicker of many seemingly innocuous pathologies.

The signs and symptoms of pancreatitis can be briefly summarized as follows:

Diagnosis of Pancreatitis in Children

Investigations for making a diagnosis of pancreatitis can be categorized as outlined below:

Laboratory investigations based on blood and serum, and the interpretations which facilitate diagnosing pancreatitis, are noted below:

Other findings often encountered in blood laboratory testing in pancreatitis which reflects a poor prognosis are a hypocalcemia, hyperglycemia, coagulopathy, and metabolic acidosis.

The patient should have at least 2 of the following:

Management of Pancreatitis in Children

Treatment depends on severity. For acute uncomplicated pancreatitis, pain control measures and intravenous fluids for dehydration and electrolyte control form the mainstay of therapy. PPI for acid suppression and maintenance of nothing per mouth (NPO) while vomiting is also essential adjuncts to treatment. Treatment for chronic pancreatitis is often aimed to prevent acute bouts and to maintain a new compensated balance between pancreatic function and inflammation of the organ.

Pancreatic enzyme supplements are available for patients to ease digestion. Some etiologies, such as choledochal cyst, pancreatitis secondary to duct obstruction, gallstones, and biliary sludge, often necessitate surgical intervention. Surgical procedures for severe necrotic pancreatitis, such as necrosectomy, are often associated with high morbidity and mortality.

Prognosis of Pancreatitis in Children

The chief complications of pancreatitis are as follows:

Splenic vein thrombosis occurs in 19% of patients with pancreatitis. Uncomplicated cases usually achieve resolution in 3–7 weeks. Evidence suggests an increased risk of carcinoma in patients with hereditary pancreatitis. A poor prognosis is also present with associated conditions, such as underlying systemic disease and trauma.

Prevention of Pancreatitis in Children

Alcohol- and gallstone-induced pancreatitis are the most crucial etiologies of pancreatitis.

Pancreatitis can be prevented if the known etiology is promptly addressed. Moreover, a low-fat diet helps to prevent recurrent acute episodes.

Summary of Pancreatitis in Children

The chief etiologies of pancreatitis are duct obstruction, acinar cell injury, and defective intracellular transport, all of which lead to a vicious cycle of cell injury, inappropriate activation of pancreatic enzymes, and inflammation with destruction of the pancreas. While gallstones cause duct obstruction, alcohol affects acinar cells and deregulates the intracellular transport machinery.

Acute pancreatitis is often a clinical diagnosis; however, when the diagnosis is uncertain, several diagnostic tests, such as routine blood testing, to invasive modalities, such as ERCP, are useful. These investigations, when appropriately used, provide marked sensitivity and specificity in diagnosing pancreatitis. Blood tests that are associated with a poor prognosis are hypocalcemia, hyperglycemia, coagulopathy, and metabolic acidosis.

Treatment depends on severity. While the treatment of acute pancreatitis is often symptom-based and conservative with painkillers and hydration forming the mainstay of treatment, severe necrotic pancreatitis often requires surgical intervention. The latter is invariably associated with high morbidity and mortality. Dietary changes, enzyme supplementation, and prevention of further bouts are also essential in the management of pancreatitis.

Pancreatitis is often associated with complications, such as splenic vein thrombosis, sepsis, and pseudocyst formation. Pancreatitis markedly affects the quality of life.