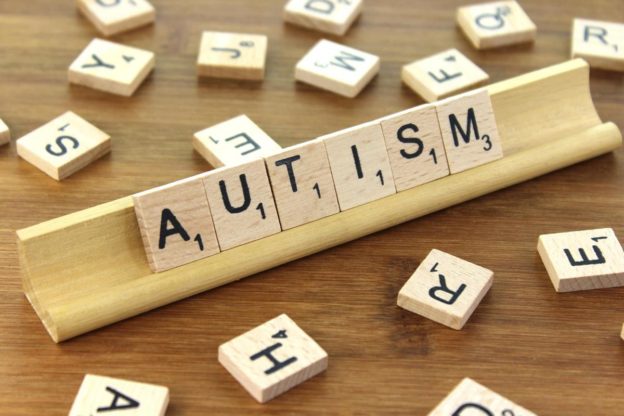 Definition of Neurologic Disorders in Children

Autism spectrum disorder: now encompasses the previously separate diagnoses of autism, Asperger disorder, Rett disorder, childhood disintegrative disorder, and pervasive developmental disorder-not otherwise specified (PDD-NOS). ASD is a developmental disorder where patients do not develop a theory of mind. It is a qualitative impairment in social interaction and communication. Also manifests as repetitive and stereotyped behaviors.

Neurocutaneous syndromes: broad term for congenital disorders that mainly and characteristically affect organs of ectodermal origin, especially the skin, the central nervous system, and the eyes. These include:

Image: “Distribution of Hemangioblastomas in the Central Nervous Systems of Study Patients with Von Hippel-Lindau Disease.” License: CC BY 2.5

Not all disorders are discussed in detail in this article.

Epidemiology of Neurologic Disorders in Children

Cerebral palsy: incidence of around 3 in 1000 live births in developed countries

Etiology of Neurologic Disorders in Children

Brain tissue begins to differentiate from the ectoderm at around 3 weeks gestation. Between weeks 3 and 4, neurulation (the formation and closure of the neural tube) takes place. The anterior (rostral) neural tube closes at around 24 days. Failure of this process leads to anencephaly or encephalocele. Infants with anencephaly have no forebrain and as such have an open calvarium. 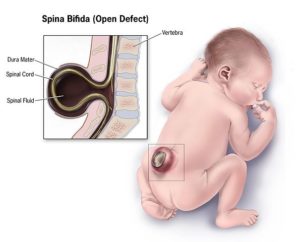 The posterior or caudal neural tube closes at around 27 days. Failure can lead to myelomeningocele, meningocele, or spina bifida. In spina bifida, the bony spinal canal fails to close. It can often be seen as a “tuft” of hair on the lower back of the patient with a minor deficit.

A meningocele is when the meninges form an outpouching or herniate through the bony defect.

A meningomyelocele occurs when both the meninges and nervous system tissue bulge through the defect.

Between weeks 8 and 32, cellular proliferation and migration take place. The cerebral sulci and gyri form. Other possible malformations that can occur during this process include:

This can be caused by a number of factors including prenatal or postnatal trauma, hypoxic-ischemic encephalopathy, perinatal infections (e.g. TORCH, HIV), chromosomal abnormalities as in Down’s or Fragile X syndrome, metabolic disorders as in hypothyroidism or Tay-Sachs disease. Toxins (e.g. alcohol in fetal alcohol syndrome) and perinatal hypoxic-ischemic insult can also lead to intellectual disability.

Developmental regression (the loss of previously attained developmental milestones) usually has an onset before age 2. It is caused by a number of disorders including:

Sturge-Weber syndrome is a somatic non-inherited mutation that causes a developmental abnormality in the neural crest. This is caused by the activation of a gene called GNAQ. It affects small blood vessels, and patients typically present with a classic “port wine” stain on the face.

Various underlying conditions can cause hypotonia (floppy infant syndrome). These can either be congenital or acquired.

Risk factors are events associated with the development of a disease. The underlying etiology of how the risk factors cause the disorder is not always known. Below are a number of risk factors for common pediatric neurological conditions.

In cerebral palsy, risk factors include: 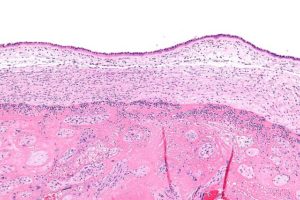 Pathophysiology of Neurologic Disorders in Children

Cerebral palsy has several underlying pathophysiological mechanisms dependent on the etiology of the condition. In the event of oxygen compromise during or just after birth, there is a hypoxic-ischemic encephalopathy that may cause damage to the periventricular white matter (particularly the internal capsule, leading to motor deficits).

As such, neural projections from the motor cortex are disrupted in the internal capsule and skeletal muscle response is hence affected. Fine motor control is often lost.

The complete pathophysiology of autism is not known. There are genetic factors, but their association is weak and defining pathophysiology has not been deciphered. We do know that the disorder is neurodevelopmental and much research has been done on the altered function of the hippocampal and amygdala brain structures (associated with emotions and empathy).

Diagnosis of Neurologic Disorders in Children

A clinical diagnosis of autism is not expected to be made in the USMLE step 1, but it is good to understand the general principles. Diagnosis is typically made clinically and by pediatricians. Most patients will have behavioral signs that affect their home and school life by the age of 2 years. Babies are either quiet and placid or irritable and throw frequent tantrums.

Diagnosis is difficult because the severity of the disorder varies and many children without autism spectrum disorders also display these types of symptoms. Many patients will fail or perform poorly on “theory of mind” tests (e.g. the Sally Anne test).

The diagnosis of cerebral palsy is typically clinical. The examination will look at the range of motion, the power of movement, and voluntary motor control. A thorough history should be taken and risk factors like teratogen exposure during pregnancy or asphyxiation during birth should be identified. 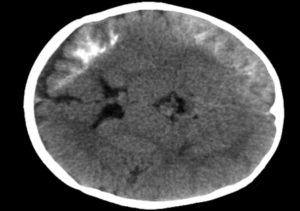 Sturge-Weber syndrome can often be noticed through the “port wine” stain, or “nevus flammeus” stain that typically has a cranial nerve V distribution. Patients develop leptomeningeal angiomas and will suffer from seizures and intellectual disability. They may develop early-onset glaucoma.

Remember – hypotonia is not a diagnosis of a disease but a syndrome.  When examining a patient with hypotonia, it is important to identify underlying causes. Central hypotonia is typically associated with other signs of CNS dysfunction like seizures, developmental delay, microcephaly, and dysmorphic features. Peripheral hypotonia has a lack of central signs; weakness is prominent.

Management of Neurologic Disorders in Children

Treatment of cerebral palsy is tailored for the individual patient. In children with cerebral palsy, current therapies include anticonvulsants, botulinum toxin, diazepam, fitness training, and goal-directed training among others.

There is no treatment for neurocutaneous disorders like neurofibromatosis and Von Hippel-Lindau syndrome. When tumors form, surgery is often the only option. Apart from surgery, most management options are based on support and general counseling.

There is no cure for autism, and therapy is based mainly on improving social communication.

Prognosis of Neurologic Disorders in Children

The prognosis of cerebral palsy is highly dependent on the level of motor deficit and the intellectual ability of the patient. In most cases, cerebral palsy patients survive into adulthood and live to senior age. Life expectancy has improved significantly in the last 10-20 years.

Autism spectrum disorders are lifelong and have a variable course, often dependent on the severity of the disease in childhood. Many (around 15 %) will live independent lives. Another 15 to 10 % will need community living support. The most prognostic factors for independent living are cognitive and verbal capacity.

Those with neurofibromatosis type 1 rarely live beyond 50. Poor prognostic factors include childhood learning difficulties and optic gliomas among others.

Prognosis in patients with spina bifida depends on the severity of the defect. The milder the symptoms, the better the prognosis. However, medications, physical rehabilitation, and surgical intervention can improve the quality of life to a greater extent.