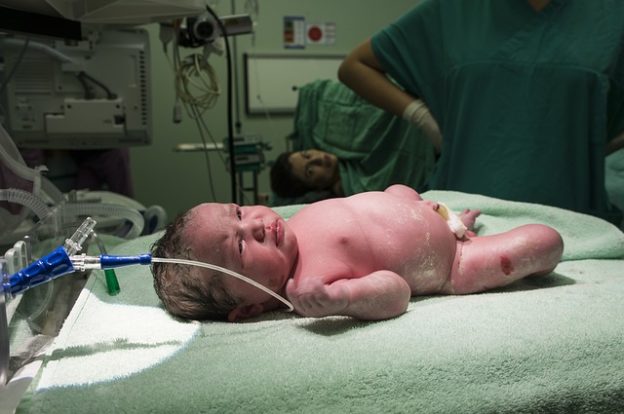 There are various forms of HUS, but for ease of clinical management, they are often categorized into the following two forms:

HUS is the most common cause of community-acquired acute renal injury in the pediatric population. It is usually found in children less than 4—6 years of age. However, it can occur at any age. It occurs in all races and both sexes. Shiga-toxin-producing E. coli or STEC is responsible for 90% of cases of HUS in children.

Note: Infection is a common cause of HUS.

Important: the most common organisms implicated in the “typical” form of HUS are Shigella dysenteriae type 1 (in southern Africa and the subcontinent of Asia) and Shiga-like toxin (or verotoxin)-producing Escherichia coli (STEC) in Western countries, with O157: H7 being the most common serotype.

STEC is transmitted via undercooked meat or raw (unpasteurized) milk because STEC is found in the intestinal tract of domesticated animals. Apple cider is another source of transmission of the disease. Rarely, STEC epidemics can occur due to contaminated vegetables (e.g. spinach and lettuce). Associations have been found with bathing in contaminated swimming pools, lakes, ponds, and oral contraceptive intake.

The verotoxin produced by STEC is absorbed from the intestines and causes endothelial injury, especially of the kidney (also the brain and other organs). These result in clotting/thrombi formation, as well as damage to red blood cells and platelets, in particular when they pass through the damaged microvasculature of the kidney.

The damaged cells and increased platelet activation are the cause of the hematological signs of hemolysis and thrombocytopenia, whereas endothelial injury directly or a fibrin deposition causes renal injury, leading to renal insufficiency and failure.

Mechanism of cytotoxic effects of Shiga toxin: the toxin binds to cells containing Gb3 receptors. These receptors are abundant in endothelial cells, podocytes, and proximal tubular cells of the human. The binding of the toxin to cells causes apoptosis.

Pneumococci-associated HUS has similar pathophysiology of toxin-induced damage; however, the toxin is n-acetyl neuraminidase, released by Streptococcus pneumoniae. Here, n-acetyl neuraminidase damages the endothelial cells to expose the hidden T antigen, which is acted upon by endogenous IgM, thereby triggering microvascular angiopathy.

In patients with atypical HUS, the pathophysiology is not related to the Shiga toxin. Most patients seem to have excessive activation of the alternative complement pathway. This is often triggered by an infection. However, the underlying predisposition stems from genetic defects, such as defects of von Willebrand factor-cleaving protease (ADAMTS13) or of complement factors H, I, or B.

There may be many focal ischemic sequelae resulting from the aforementioned pathophysiological changes. These can cause seizures in the central nervous system and other similar changes in the other organ systems, sometimes leading to severe multisystem disease.

A child with HUS typically has a history of upper respiratory tract symptoms (pneumococcal disease) or symptoms of gastroenteritis (fever, vomiting, abdominal pain, and diarrhea) often with bloody diarrhea, which occurs about 1 week before the sudden onset of HUS symptoms, which include oliguria, pallor, lethargy, and weakness.

Patients with pneumococcal respiratory disease have empyema, bacteremia, and/or pneumonia during acute-phase HUS. In cases of atypical HUS, the onset is more insidious, and a mild respiratory or gastrointestinal disease may be present before the onset of HUS symptoms.

On physical examination, the child may have dehydration, hepatomegaly, and splenomegaly. Petechiae on the skin may be found, which are due to thrombocytopenia.

Most patients with HUS have some, usually mild, central nervous system involvement:

In addition to clinical signs and symptoms, laboratory findings are required for an accurate diagnosis. 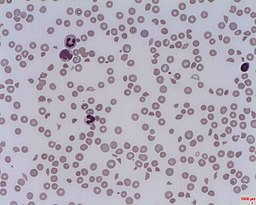 (Idiopathic) thrombotic thrombocytopenic purpura is the main differential diagnosis of HUS. There are many overlaps in the presentation. Both diseases can present with the classical triad of HUS, although thrombocytopenic purpura more commonly has a central nervous system involvement than renal involvement and is somewhat more common in young women.
Some authors report that activity levels of ADAMTS13 can help in differentiating the two.

Extremely low activities, i.e. < 10% (or < 5% by some authors) of that in normal plasma is indicative of thrombotic thrombocytopenic purpura, whereas normal levels or those reduced to not less than 30 – 40% are more indicative of HUS or other thrombotic microangiopathies.

Especially in the setting of atypical HUS, differentiating HUS from other causes of renal thrombotic microangiopathy can be difficult. Some of the tests that can help differentiate the two are as follows:

The treatment against HUS is mainly supportive (and also aimed at the prevention of complications). Oliguria and anuria should be monitored if not already present, and early intravenous volume expansion should be initiated. This may considerably reduce kidney injury/complications.

For the hemolysis, red cell transfusions should be given, at least until the acute phase of the disease is over. However, the red cells must be washed before transfusion in patients with pneumococci-associated HUS, in order to remove residual plasma. Platelets are generally not administered because they are rapidly utilized by the coagulative process. Serious bleeding is rare in HUS patients, despite low platelet count.

Some of the therapies targeted against the pathogenetic processes have been found to worsen the disease instead.

Do not treat E. coli 0157:H7 or bloody diarrhea in general with antibiotics!

Anticoagulative therapies, i.e. antiplatelets, fibrinolytics, etc. are contraindicated as they can worsen the disease. Similarly, antibiotic therapy against STEC may lead to increased verotoxin release. However, while antibiotics are definitely contraindicated in children with O157: H7-associated disease, different results have been found for other strains.

Patients with atypical HUS should undergo a trial of plasma exchange, although only a small number of them respond to this. Often long-term therapy is required. However, besides being supportive, the treatment can be aimed at complement inhibition. The US FDA has approved eculizumab as a complement inhibitor in atypical HUS, in which it has been found to be very effective.

Early diagnosis and treatment have a very favorable outcome. HUS usually resolves after the acute phase, and most patients regain normal kidney function. Mortality is often less than 5%.
The prognosis of atypical or diarrhea-negative HUS is somewhat more severe. There can be the following complications, and monitoring them is essential to improve the prognosis:

Patients with atypical HUS usually have a poorer prognosis, with disease recurrence, and longer-term renal insufficiency. The risk of relapse is as high as 40%. There is a very high chance of relapse in the first year, so meticulous follow-up is necessary. Nevertheless, there is considerable variation in prognosis depending on the genetic profile, as well as other factors.

Some forms can have a graver prognosis, e.g. complement factor H deficiency almost always requires transplantation and has a close to 100% recurrence rate, even in transplanted kidneys. On the other hand, MCP mutation carriers tend to have a good prognosis.