Shock is a life-threatening condition associated with impaired circulation that results in tissue hypoxia. Different types of shock have been defined based on the underlying cause: distributive (↑cardiac output [CO], ↓systemic vascular resistance [SVR]), cardiogenic (↓CO, ↑SVR), hypovolemic (↓CO, ↑SVR), obstructive (↓CO), and mixed. The most common symptoms include tachycardia, tachypnea, hypotension, altered mentation, and oliguria. Measures vary depending on the suspected cause of shock and may include mechanical ventilation, IV crystalloids, vasopressors, and blood transfusion. 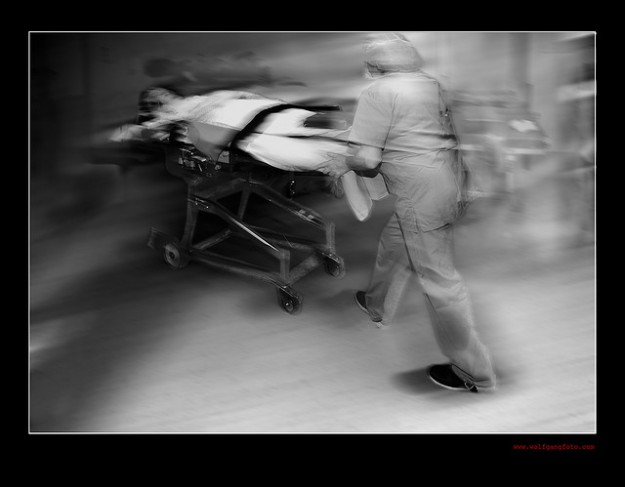 A life-threatening condition of organ dysfunction resulting from tissue hypoxia which is due to decreased oxygen delivery, increased oxygen consumption and/or defective oxygen utilization.

Pathophysiology and Stages of Shock

Therefore, variables that affect DO2 include: CO (HR and SV [preload, contractility, and SVR]), and CaO2 (Hb and SaO2)

Physical examination supports the presence and indicates the stage of shock.

Additional laboratory and imaging workup that are often indicated:

Shock is a medical emergency! Initiate simultaneous treatment and evaluation for etiology, utilizing findings from history, physical examination, hemodynamic monitoring, and laboratory studies. (Image 1) This is best accomplished within a multidisciplinary team in a resourceful setting such as the ICU. 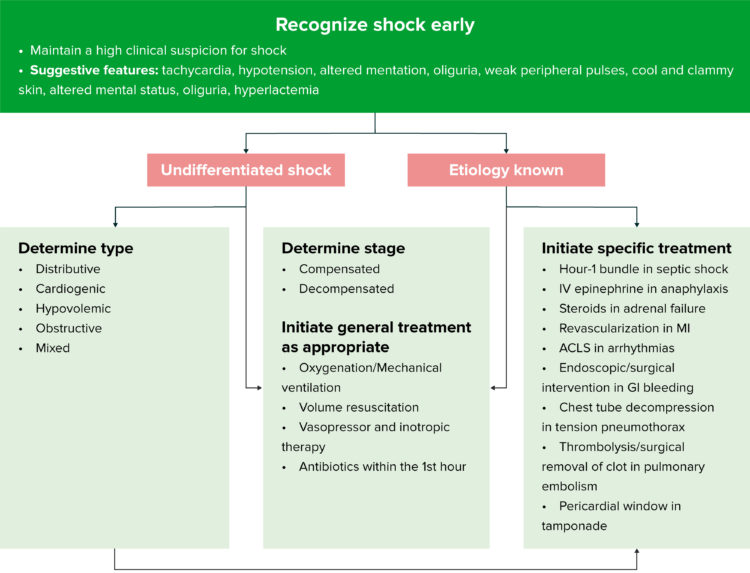 Image 1: Approach to shock. By Lecturio

Close monitoring of volume status with frequent adjustment of therapy is necessary.

The following drugs are indicated if hypotension remains despite restoration of intravascular volume with fluids:

The most common cause of undifferentiated shock is sepsis:

Gaieski DF, Mikkelsen ME. Evaluation of and initial approach to the adult patient with undifferentiated hypotension and shock. In: UpToDate, Post, TW (Ed), UpToDate, Waltham, MA, 2020.