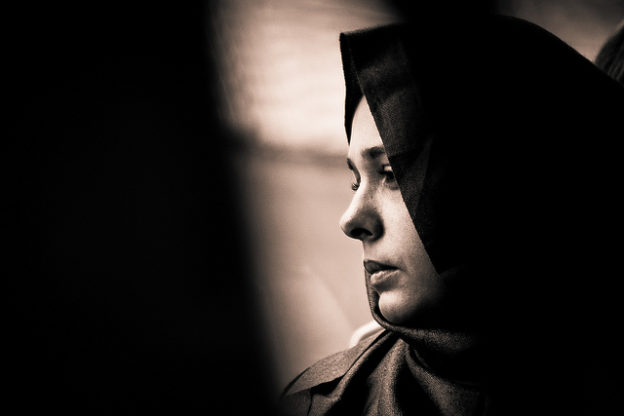 In the Dissociative Disorders, there is a dissociation between thoughts, memories, actions, emotions, and a sense of oneself. They are characterized by an escape from reality. They affect perception, behavior, and feelings. In whole, they disturb every aspect of mental functioning.

People from all races, different age groups are affected equally. All regions and socioeconomic groups are equally affected.

There is 2 % incidence that females are more likely to be diagnosed as compared to males.

Patients should show amnesia of certain life events that are not expected to be forgotten, impaired behavior, affect, consciousness and cognitive impairment. Memory loss and memory gaps are also essential for the diagnosis.

The exact brain changes in dissociative identity disorder are not known, but recent structural and functional brain imaging studies have pointed towards hippocampal, temporal, prefrontal and medial frontal lobe abnormalities.

Some psychiatrists believe that the identification of the traumatic event in any case of dissociation is essential; therefore, hypnosis or drug-assisted interviews can be used to identify the traumatic event that might have caused dissociation. Patients with dissociative identity disorder should undergo psychodynamic therapy with the aim of fusing as many personalities as possible in one coherent personality that the patient can later assume.

Stable fusion is dependent on the patient’s doctor rapport and long-term treatment; therefore, continuous support and treatment are recommended. Stable fusion has been reported in one-third of the cases after a decade of successful fusion.

Dissociative amnesia is a condition that is characterized by the loss of certain autobiographical memories that the patient is not expected to forget. Dissociative amnesia can be localized to certain traumatic life events or very rarely generalized.

The exact etiology of dissociative amnesia is unknown, but acute trauma or stress is usually involved. The most common stressors include rape, wars and natural disasters.

The management of dissociative amnesia is dependent on the identification of the cause of the dissociation. Drug-assisted interviews or hypnosis might be needed to help the patient recall the traumatic events. Once the patient remembers the causative events, he or she might be overwhelmed and the risk of suicide becomes very high.

Antidepressants and anxiolytic therapy have been used in patients with dissociative amnesia. The goal is to treat the associated depression and anxiety, but these treatments will not fix the dissociation. Psychotherapy and remembering the traumatic events are the only ways to recover from dissociative amnesia.

Patients with severe dissociative amnesia might create a completely new identity to compensate for the lost identity.

Dissociative fugue has also been linked to severe traumatic life events such as rape, wars or other stressors. Patients with fugue have been found to have abnormal frontal and temporal function on brain imaging studies.

Patients with dissociative fugue should be admitted to the hospital. Electroconvulsive therapy is not very useful in such cases. Instead, emphasis should be put on helping the patient remember the traumatic event that led to this state in the first place.

Psychodynamic therapy, drug-assisted interviews, and hypnosis can be used to define the trigger. Once the patient recalls the traumatic event, he or she might be overwhelmed and the risk of suicide is high.

Patients with fugue can also have post-traumatic stress disorder or other anxiety disorders; therefore, benzodiazepines might be needed. Additionally, such patients might be depressed.

We have explained that the risk of dissociative disorders is higher among drug addicts, but it is also important to note that patients with dissociative symptoms might be simply intoxicated. Alcohol intoxication can cause blackouts and memory gaps. Cocaine use and the use of other recreational drugs have also been linked to dissociative symptoms.

Focal seizures with dyscognitive impairment can resemble dissociative disorders in that the patient fails to recall certain events during the seizure. Patients with a history of blackouts, but without any other symptoms or signs suggestive of a dissociative disorder, should be evaluated for the possibility of a seizure disorder.

Suicidal attempts and self-injurious behavior are common in these patients. 70% OPD patients with the dissociative disorder are reported to have suicide attempts.

Prognosis depends on severity of symptoms!

Patients with other associated disorders such as personality disorder, eating disorder, any substance abuse, and mood disorder show slow improvement and treatment is less successful.

Patients with severe symptoms along with coexisting disorders and deeply attached to drug abuse are challenging to treat and are incurable. Treatment only helps to control the symptoms temporarily with remissions.

Staniloiu, A., Vitcu, I. and Markowitsch, H. J. (2011) ‘Neuroimaging and Dissociative Disorders’