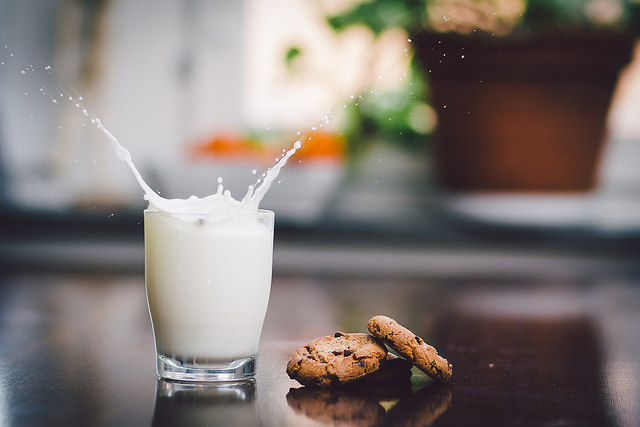 Osteoporosis is a bone disease characterized by a decrease in bone mass and density leading to an increased number of fractures in old age. Based on etiology, there are 2 different forms of osteoporosis:

N.B. In addition to glucocorticoids and the above-mentioned drugs, the long-term administration of heparin can also result in osteoporosis.

Early symptoms of osteoporosis often include diffuse back pain. Progressive disease may be associated with angular kyphosis (a.k.a. gibbus) or loss in height due to vertebral compression fractures. Other pathological fractures may affect the long bones (femur, humerus).

Diagnosis of osteoporosis is based on history, imaging of the spine (biplanar X-ray), and measurement of bone mineral density via dual-energy X-ray absorptiometry (DXA). Laboratory studies should include the measurement of calcium and bone metabolism (Ca, PO, ALP) as well as other parameters that might be altered in secondary osteoporosis (CBC, ESR/CRP, creatinine, TSH, vitamin D, PTH).

In the case of asymptomatic osteoporosis, disease progression can be prevented by calcium and vitamin D prophylaxis as well as regular physical exercise (possibly physical therapy). Clinical manifestations of osteoporosis are treated with medications, for instance, with bisphosphonates.

Which foods are good sources of calcium and how does the body absorb it?

As a physician, you should always strive to establish a doctor-patient relationship based on mutual trust and contribute to overall health maintenance by providing guidance on health-promoting lifestyles, including nutrition counseling.

Based on this Source.

The following hormones are involved in the control of calcium balance:

Calcitriol enhances calcium absorption by increasing enteric calcium resorption and reducing renal calcium excretion. The calcium is then incorporated into bones under the influence of calcitonin (inhibition of osteoclasts). Parathyroid hormone, however, extracts calcium from the bones (demineralization of the bones) via activation of osteoclasts.

The relation between intake and excretion of calcium is referred to as calcium balance, which is dependent on age. The maximum bone mineral density (BMD) is reached around the age of 30, after which the BMD continuously decreases by 1% per year, especially in women due to the altered estrogen status after menopause. With advanced age, the osteoclast activity becomes predominant, resulting in increased calcium balance.

Also, a lack of sunlight exposure leads to vitamin D deficiency (diminishing the endogenous formation of calcitriol), which in turn results in a decrease in enteric calcium resorption and an increase in renal calcium excretion, i.e., more calcium is excreted than absorbed (negative calcium balance).

Non-resorbable carbohydrates, such as inulin, fructo-oligosaccharides, and lactulose, are fermented to short-chain fatty acids via bacterial processes in the ileum (the final section of the small intestine) and colon (large intestine). The consequent decrease in pH of the intestinal lumen results in increased release of bound calcium so that more free calcium is available for passive resorption.

According to a 2014 study by the human resource council, only 1.5% of U.S. citizens identify themselves as vegetarians and 0.5% as vegan (sample n = 11,399). The most common and conventional dietary style in the Western world still includes dairy as well as meat products. Phosphates are one of the main reasons why the calcium in milk cannot be absorbed and is excreted through complexation. Phosphates are mostly found in industrially processed foods containing flavor enhancers and preservatives. Therefore, a breakfast of classic bacon and eggs with café au lait or a breakfast sandwich does not provide a sufficient amount of calcium for the average consumer.

Vegans, however, do not consume calcium-rich products such as dairy products and are therefore not exposed to phosphates contained in meat and dairy. 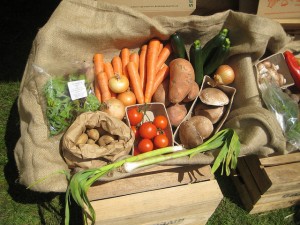 A 2009 study by the Garvan Institute of Medical Research (Australia) in Osteoporosis international compared the bone density of vegan women (strictly vegan Buddhist nuns) with those of non-vegetarian women. The study recommended a daily calcium intake of 1,000 mg. The vegan nuns only ingested an average of 370 mg/d but had the same post-menopausal bone density as the non-vegetarian women.

In 2014, the British Medical Journal published a Swedish cohort study on the question of whether high milk consumption influences the risk of bone fractures at old age. The study comprised a male and a female cohort of about 50,000 participants, who were administered food frequency questionnaires over a time span of 20 years.

The study revealed an association between higher milk intake and increased mortality in both men and women, and with a higher fracture incidence in women. The authors cautiously attributed these results to chronically higher exposure to D-galactose, which causes permanent oxidative stress and inflammatory processes (as observed by biomarkers 8-iso-PGF2α and serum interleukin 6). In contrast to milk intake, cheese, and fermented dairy products (e.g., soured milk) as less of a risk factor due to their lower lactose and galactose content.

The 3 main pillars of bone health are physical activity, vitamin D, and calcium.

Focusing exclusively on calcium-rich foods without regular weight-bearing exercise is not of substantial benefit. In turn, dairy products are not as essential as a calcium source; some studies even suggest the opposite.

Yet, a final consensus on the role of milk in bone health is unavailable. A change of dietary guidelines, especially regarding the optimal approach to calcium intake and food sources, may be considered. Whether the consumption of milk should be discouraged due to the risk of lactose intolerance, and diseases associated with insulin-like growth factors has yet to be established. Comprehensive studies investigating the long-term consequences of milk consumption are needed.