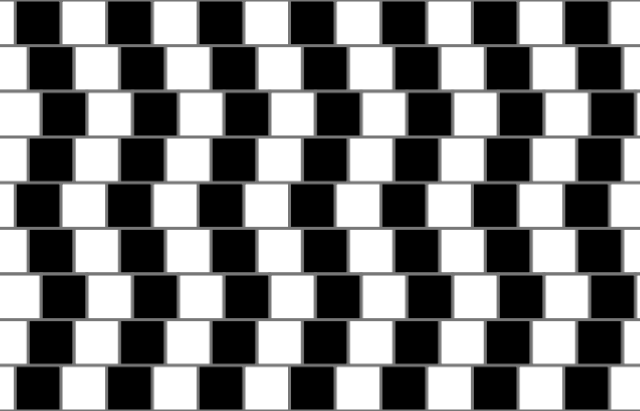 The light that is emitted into the surrounding space propagates in a straight line as long as it encounters no obstacle. Light beams are used for the presentation of light in an imaginary straight line along which the light is thought to propagate. Light beams do not exist in reality, because the light emitted by a light source fans out in so-called bundles of light. The light beams are demarcated by boundary or marginal rays. The linear propagation of light is based on a shadowing effect.

Things are only visible to us when the light originating from them reaches our eye. Illuminated bodies reflect light from their surface into our eyes. There are 2 types of reflection: regular and diffuse. 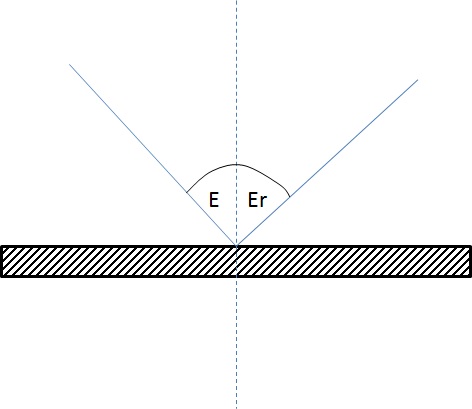 Plane mirror is common in everyday life. In a plane mirror, the objects and images are symmetrical with respect to the mirror plane. The mirror image is virtual and appears as far behind the mirror as the object in front. 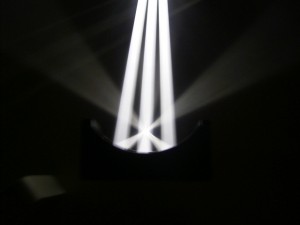 Incident beam parallel to the axis passes through the focal point after reflection. The parallel ray becomes the focal ray.

Incident beam through the focal point travels, after reflection, parallel to the axis. The focal ray becomes the parallel ray.

Incident beam through the spherical center returns after reflection and the central ray remains unchanged. 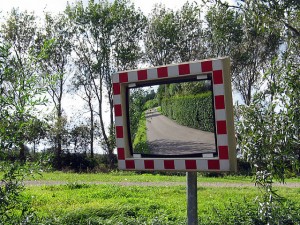 The closer the object is to the mirror, the greater the image size approaches the object size. An incident parallel beam is reflected as though it originates at a point f behind the mirror—the so-called virtual focal point. An incident divergent beam is divergent after reflection, and its opening angle is greater than that of the incident beam. The peripheral rays can be constructed using the law of reflection. 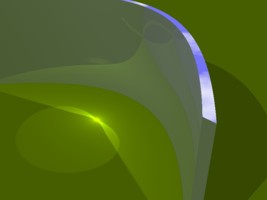 Image: Focusing of light through parabolic mirrors. By Jean-Michel Courty, License: CC BY 2.5

The reflecting surface of parabolic mirrors resembles the section of a parabola. All incident light beams parallel to the axis, and even off-axis, run through the focal point after reflection. Parabolic mirrors are used to reflect light in car headlights.

White walls reflect light better than grey or black. With black walls, almost no reflection of the incident light occurs. The part of the light, which is not reflected by a surface is absorbed. Absorbed light radiation is usually converted into heat energy.

When a light beam crosses the boundary of two transparent media with different light velocities a part of the light is reflected, while another part is refracted. During the passage from an optically-thinner medium to an optically-denser medium, the light beam is refracted towards the perpendicular plane, and vice versa. A ray traveling perpendicular to the boundary between the 2 media is not refracted and does not change direction.

Incident ray refracted ray, and the normal is in the same plane.

The refractive ratio depends only on the nature of the 2 media. The angle of incidence of the light beam does not affect the refraction ratio. According to Snell’s law, it is possible to construct the ray path between 2 media when the refractive index is known.

Example: refraction at the critical angle when crossing from water to air 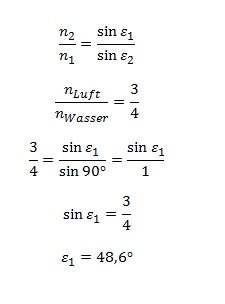 Rays traveling through the focal point of the lens are called focal rays.

Rays traveling through the optical midpoint are called midpoint rays.

Rays entering parallel to the optical axis are known as parallel rays.

The most common lenses are spherical. They are translucent and bound by 2 spherical surfaces. The 2 types of spherical lenses are convex and concave.

Convex lenses are thicker in the middle than on the edges. The refract lighted from a convex lens converges parallel or moderately divergent light beams so that the rays meet at a point. 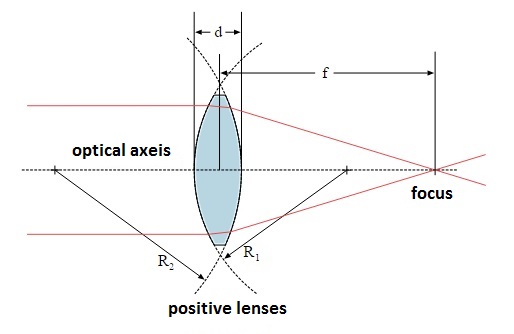 It is possible to converge divergent beam bundles with converging lenses if the divergence is not too large.

Concave lenses are thinner in the middle than on the edges. The refracted light diverges the incident beam. The incident light beam parallel to the optical axis is refracted as if the individual rays arise from a focal point in front of the lens. The distance of this point is the focal length (also known as the dispersal distance). 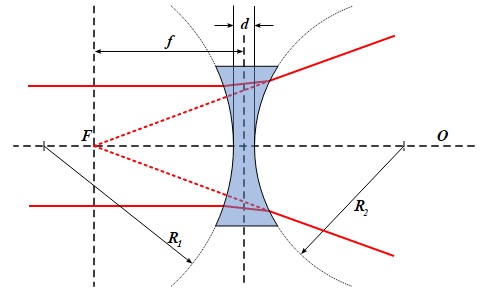 An incident light beam parallel to the optical axis is refracted as if the individual rays originate from a focal point F in front of the lens. The distance of this pint is the focal length f, which is negative and is also known as dispersal distance.

The human eye is essentially an optical instrument. 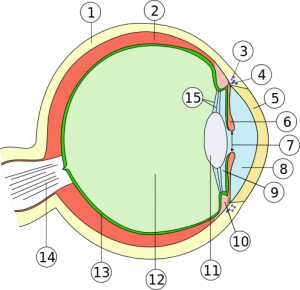 Almost spherical, the eye can be rotated by six muscles acting on it from all sides. The sclera (1) forms the outer shell and is continuous with the cornea (5). The iris (6) contains a small hole in the middle. The light rays penetrate into the interior of the eye through the pupil (7).

The refracting system of the eye consists of the cornea (5) and the lens (11), which act approximately like a convex lens refracting light onto the retina (13). The images of observed objects are real inverted images on the retina. A normal eye can see near objects as sharply as distant ones, due to the eye’s ability to change its curvature and focal length, and thus it’s refracting power. This adaptability is called accommodation.

The microscope consists of 2 lenses—the prime lens and the ocular system. The prime lens is the one facing the observed object whereas the ocular or eyepiece system is in front of the eye.

The prime lens can be replaced with lenses of other focal lengths, and the object distance can be adjusted.