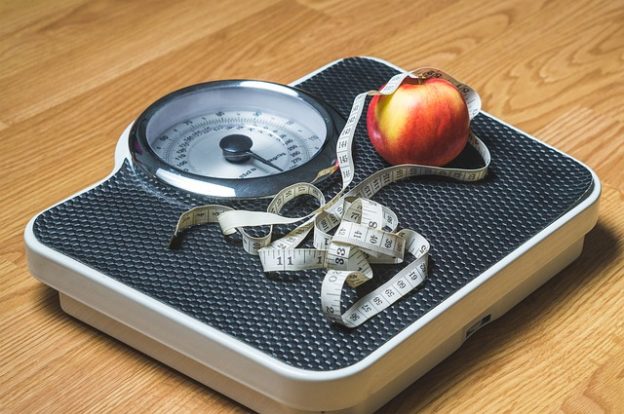 It is defined as a disorder involving excessive body fat deposition that increases the risk of health problems such as cardiovascular diseases, sleep apnea, and type II diabetes. It is measured using the Body Mass Index (BMI).

Obesity is a global public health problem. The first world and Western diet have helped to fuel this ever-growing epidemic that has led to significant morbidity and mortality. In America, data from 2010 showed that 36% of the adult population was obese. The burden that obesity puts on healthcare systems is immense which is why it is important for patient education.

Different techniques need to be used to help the population be aware of the risks of obesity and how they can lose weight to improve their health.

Defining the Degree of Obesity

Due to the global nature of obesity, it was important to come up with a measurement that could be used anywhere in the world. The World Health Organization came up with the Body Mass Index (BMI) to determine the degree of obesity. BMI is calculated by taking the person’s weight in kilograms (kg) and dividing it by their height in meters squared (M2). The following are the suggested categories for BMI by the WHO:

BMI is an easy and effective way to classify a patient and it has been shown to have a reasonable correlation with body fat levels. Some limitations are that BMI does not take into account the extremes in different populations, such as athletes and tall, thin people who will appear falsely above or below where they really should be on the scale. Thus, in some countries such as Asian countries where thin people form the majority of the population, other scales have been employed.

To correct for the extremes, another measurement can be used which is called the Waist to the Hip ratio which can be a better predictor of morbidity and mortality in those populations.

The cause of obesity is believed to be multifactorial involving influence from more than one of these factors, such as:

While there are many causes of obesity that range from a grazing lifestyle that is combined on top of a Western diet, there is also a genetic component. This complexity and variation make it hard to have a specific etiology but more of an amalgamation of factors and thus demands that treatment be patient specific.

Generally, satiety is regulated in the brain by the leptin and ghrelin pathway where ghrelin acts on the hypothalamus to stimulate hunger. Leptin opposes ghrelin by signaling to the hypothalamus that you are full and do not need to eat anymore. There are genetic conditions where leptin is absent or receptors become resistant and they result in increased hunger and fewer levels of satiety.

Morbidity and Mortality of Obesity

Being obese is associated with an increased risk for obesity-related comorbidities and has an increased rate of overall mortality. Due to the broad nature of the comorbidities, it is best to break them down by organ system and by risk factors.

Cardio: There is an increased risk for cardiac disease related to coronary artery disease, essential hypertension, cardiomyopathy, and ventricular hypertrophy. There is a two-fold increase in the risk of heart failure.

CNS: Current evidence shows that men with obesity are likely to experience a hemorrhagic and ischemic stroke, but this hasn’t been proved in women. The obese are more likely to have raised intracranial hypertension. The lateral cutaneous nerve is more likely to be impinged causing meralgia paresthetica.

Obstetrics and Gynecology: Obese women are more at risk of having babies with macrosomia and subsequent pelvic dystocia during delivery. Stress incontinence is a common problem for obese women. Changes in menses can occur secondary to hyperandrogenism and polycystic ovaries. Anovulation and infertility can occur.

Gastrointestinal: The obese are more likely to have gallbladder-related issues.

Musculoskeletal: There is an increased risk of osteoarthritis.

Skin and extremities: If poor hygiene is present, there is an increased risk of infection and cellulitis due to poor circulation, and metabolic changes can lead to acanthosis nigricans. Lymphadenopathy and varicose veins are also more common.

Surgical: Complications from a surgery occur more often both during and post-operative that includes increased infections, pneumonia, DVTs, and PEs.

Metabolic: Type 2 Diabetes occurs more often in obese patients and carries with it an increased risk for metabolic syndrome.

Hygiene: Due to increased body habitus, some patients will be unable to care for themselves and this can compound on other comorbidities and their activities of daily living.

Any physician can diagnose obesity using BMI. It is important to rule out other causes of obesity.

Thyroid causes for an obese patient are a common question topic on the USMLE and it is important to remember that, in hypothyroid cases, patients can have increased weight gain while having a decreased appetite.

The most common cause of hypothyroidism is Hashimoto’s thyroiditis which is an autoimmune process that causes antithyroid peroxidase (TPO) antibodies to form. Checking the patient’s TSH and T4 levels can help to make the diagnosis of Hashimoto’s which should have increased TSH and low T4.

Cushing’s syndrome is a spectrum of different diseases where there is too much steroid/Cortisol production either due to iatrogenic or the over-production of steroid hormones.

These patients will present with increased weight gain often in the abdomen with dark purple striae. If Cushing’s syndrome is suspected, it is important to check the medical history for risk factors such as smoking or chronic steroid as potential causes of a patient’s obesity.

Depression can lead to weight gain or loss and it will be important to have a full history of a patient to determine their cause of weight gain. Depression criteria follow from the acronym SIG E CAPS for Sleep, Interest/Anhedonia, Guilt, Energy, Concentration, Appetite, Psychomotor retardation, and suicidal ideation. Patients must meet 5 out of nine of these criteria for at least a two week period.

Treating obesity can be a difficult task for many clinicians and patients and it is important to have a strong therapeutic alliance with patients. The strong alliance is needed to inform them of the risks and benefits of their lifestyle. Often, this is done with the use of a journal to track physical activity and caloric intake.

Another aspect of management is having the patient set goals between visits and to monitor their progression and to identify barriers to their weight loss. It is important to be straightforward and realistic so that patients set a goal for them. It is suggested that the most reasonable guideline is a 1–2-pound weight loss per week.

The first step to the management of obesity should be with lifestyle modification. This includes factors such as diet, exercise and behavior modification. Forming a strong doctor-patient relationship can help some patients with goal setting and help them get motivated to lose weight.

Again, tools such as journals for calorie intake and exercise can be beneficial and help to keep patients on the right track to their weight loss goals.

Patient education is needed for a better understanding of diet and portion control, and this can be done with the aid of a dietician to help with understanding portion sizes and what foods to avoid.

Is reserved for patients who are at a BMI of 27 or greater with comorbidities or a BMI of 30.

In type 2 diabetics, the class of drugs called glucagon like peptide-1 has been shown to induce weight loss. They are often given as a secondary drug after metformin.

Since obesity correlates with diabetes, it is important to screen all obese patients for diabetes which can be diagnosed with fasting glucose of 126 or greater or an HBA1c of 6.5 or greater.

The surgical intervention provides another possibility for treatment when medical and dietary management fails. While not first-line, surgery has been shown to have a significant impact on a patient’s weight loss and for patients to keep the weight off.

Guiding criteria for surgical treatment revolves around BMI with a 40 being a reasonable cutoff. Below a BMI of 40, patients will usually need additional comorbidities in order to go forward with surgical management which includes: severe diabetes, sleep apnea, and osteoarthritis.

There are three major surgical types that are performed to induce weight loss. All three can be performed through laparoscopic measures where portholes are made and trochars can be used to allow for minimally invasive surgery to be done.

Roux-en-Y is a procedure where the anastomosis is created from the proximal part of the stomach with a distal part of the small bowel. This passage creates a small stomach area where food will stretch out the anastomosis and lead to satiety signaling. Patients have been known to lose up to 100 pounds from this surgery.

Gastric Sleeve is a more physiologic procedure where the greater curvature of the stomach is removed leaving a smaller stomach space with an estimated 20% of its original size. This keeps the normal small intestinal structure in line and avoids the formation of a false tract.

Gastric Banding is the most reversible surgical modification where an inflatable band is placed around the stomach and can be inflated to reduce the size of the stomach’s area. The band’s size can be adjusted by the surgeon throughout the weight loss period through a cutaneous inflator.

It is important to not forget that this is surgery and there are many risks that can be associated with surgical intervention for obesity. Surgery should not be considered first-line treatment.

Some patients will go to great lengths to lose weight and aim to do so in a short period of time. Crash diets or other extreme diets can lead to electrolyte abnormalities and lead to sudden death. Be on the lookout for hypokalemia which can lead to cardiac arrhythmias.

Bariatric surgery carries with it many complications that can range from changes in vitamin absorption and electrolyte levels. In some of the worst cases, patients can develop dumping syndromes and major complications leading them to require total parenteral nutrition.

Dumping syndrome can occur with bariatric surgery. It is a condition in which, upon consumption of sugary foods, the body will quickly have them pass through the stomach and into the small intestine leading to watery diarrhea and discomfort. This can last for months after the procedure.

Clinical Practice Guidelines for the Management of Overweight and Obesity in Adults, Adolescents, and Children in Australia via nhmrc.gov.au