Patients with a history of atypical angina pectoris, or those who have established a history of ischemic heart disease, might benefit from a myocardial perfusion single-photon emission computed tomography (SPECT) scan. Similar to SPECT studies of the brain in epileptic patients, SPECT studies of the heart show whether perfusion is abnormal in certain regions during a physical or pharmacological challenge.

The images obtained from SPECT can be later superimposed on a magnetic resonance image. After co-registration of the two imaging modalities, one can tell with excellent certainty if regional myocardial wall ischemia is present or not during the physiologic challenge. 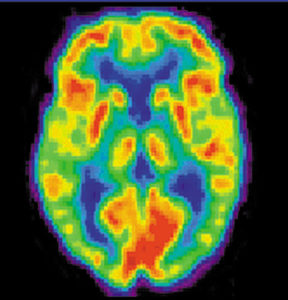 SPECT imaging is largely based on the statistical comparison between rest and exercise images. The principle behind the interpretation of the SPECT result is that patients with ischemic heart disease will have impaired myocardial perfusion during exercise or pharmacologic stress. Ischemic myocardial regions will show hypoperfusion on SPECT.

SPECT is based on the detection of a radioactive tracer that is injected into the bloodstream via intravenous injection in small amounts. The injected tracer is specifically taken by the cardiomyocytes. The amount taken by the heart muscle is proportional to the number of viable cardiomyocytes.

From our understanding of the pathophysiology of ischemic heart disease, we know that the number of viable myocardial cells is expected to decrease in the ischemic region of the heart. Therefore, the concentration of the radioactive tracer in that region will be lower compared to the adjacent tissues and it will show as a defect of hypoperfusion on SPECT.

SPECT is very cost-effective compared to any other imaging modality in the evaluation of acute and chronic ischemic heart disease patients. Additionally, SPECT has the strongest predictive power in predicting adverse cardiac events in patients with coronary artery disease. Because of this, myocardial perfusion SPECT is now recommended in all patients with acute or stable chest pain suspected to have acute coronary syndrome or ischemic heart disease. 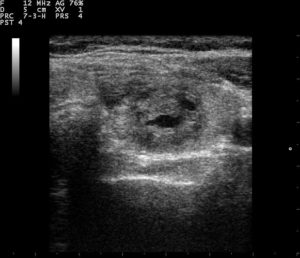 Thyroid nodules are quite common. The main goal of nuclear imaging in the past with a thyroid nodule was to differentiate between malignant and benign lesions. Unfortunately, the technique was neither specific nor sensitive for thyroid cancers.

The isotopes used for nuclear imaging of thyroid nodules include technetium-99m, iodine-123, gallium-67, thallium-201 and iodine fluorescence imaging. Each isotope has its advantages, disadvantages, and indications.

Note: Technetium-99m studies are very cheap and safe to make, but they tend to have low sensitivity, especially for evaluating the mediastinal region. Additionally, technetium-99m does not show organification of the tracer within the thyroid gland.

The most commonly used isotope nowadays in the diagnostic workup of thyroid nodules is iodine-123. Radioactive iodine has good stability, can produce a 159-keV photon that can be readily taken by the available cameras, and does not emit any particulates that can put the patient at significant radioactive harm. Iodine-123 has a half-life of 13.3 hours; therefore, frequent supply to the imaging facility is needed. Thyroid nodules can appear as hot or cold depending on whether they take more or less of the tracer compared to the surrounding tissue.

The terminology of hot and cold nodules should be abandoned in current practice. Instead, the terms functioning or non-functioning are more accurate in describing the nodule:

When the patient has multiple non-functioning nodules, the risk of malignancy drops to only 1 %. Hot nodules on a technetium-99 m study can be malignant in up to 29 % of the cases, whereas functioning nodules on iodine-123 carry a 1—4 % risk of being malignant. Because of this, iodine-123 is said to have a much higher sensitivity and specificity compared to technetium-99 m.

Iodine-123 studies are also helpful in the evaluation of the possibility of metastatic papillary or follicular thyroid carcinoma. Gallium-67 studies cannot differentiate between benign and malignant thyroid nodules but are useful in the evaluation of thyroid lymphoma. Thallium-201 studies add more to our certainty that a nodule is indeed malignant as it tends to be of much higher intensity in malignant thyroid nodules.

In summary, nuclear imaging in thyroid nodules is more useful for the exclusion of thyroid metastatic cancers, rather than for the differentiation between malignant or benign thyroid nodules. 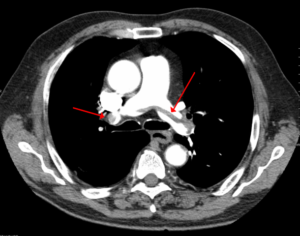 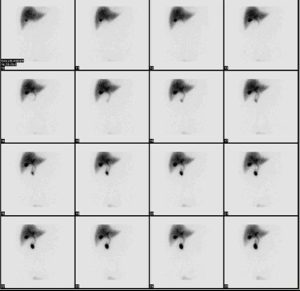 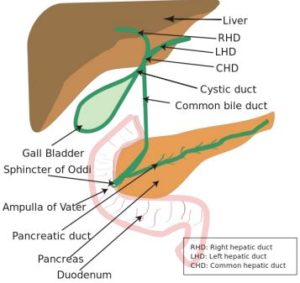 The iminodiacetic acid binds to protein and is taken up by the liver and then excreted, similar to bile.

In that case, morphine can be injected with the tracer. Morphine is known to lower the tone of the sphincter of Oddi and complete visualization of the gallbladder is now expected after 30 minutes. If the gallbladder is not visualized 30 minutes after the injection of the tracer and morphine, then the diagnosis of acute cholecystitis can be confirmed.