Multiple system atrophy is a spectrum of diseases characterized by the presence of glial cytoplasmic inclusions, typically within the cytoplasm of oligodendrocytes. 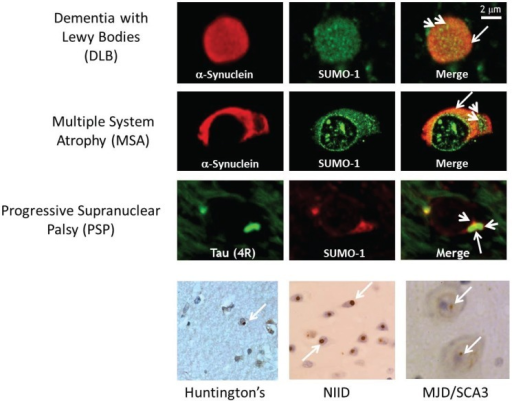 This is the most common form of atypical parkinsonism. The annual incidence predictably increases with age and is around 1.7 cases per 100 000 at age 50 – 59 and 14.7 per 100 000 at age 80 – 89. It typically develops between the fifth and seventh decades. Males and females are equally affected.

To date, there are no risk factors that have been identified with the development of progressive supranuclear palsy (apart from age). There is some evidence of a genetic association from various GWAS studies, but these are somewhat inconsequential, and the disorder is considered sporadic.

The disease onset is between 50 and 70; it is rare in patients under 50. It is sporadic, and, under extremely rare circumstances, it can occur familiarly.

The annual incidence of MSA is around 3 in 100,000 individuals over the age of 50. Its lifetime prevalence is also approximately 3 per 100,000 individuals. Remember these statistics are not wholly reliable as the disease is very rare. Their use here is to highlight the rarity of the disease and not be used as absolute figures.

This condition causes cortical atrophy of the motor, premotor, and anterior parietal lobes. Corticobasal degeneration results in neuronal achromasia, the severe loss of neurons, gliosis, and ballooned neurons. The substantia nigra and locus coeruleus show the loss of pigmented neurons and argyrophilic inclusions.

This is a movement disorder that is resistant to Levodopa. It causes atrophy of the caudate nucleus and putamen. Nuclei show an extensive neuronal loss and marked gliosis.

Olivopontocerebellar atrophy is caused by cerebellar degeneration. The condition results in ataxia, eye and somatic movement abnormalities, dysarthria, and rigidity.

This disorder has different clinical presentations. The most classic phenotype is known as the Richardson phenotype. The patient may initially present with a complaint of falls (the cause of which is a disturbance in gait). This is different from idiopathic Parkinson’s disease and should alter your differential diagnoses to include Progressive Supranuclear Palsy.

When taking the history, it is important to clarify any cognitive or behavioral symptoms the patient may be experiencing. Since the frontal lobe is involved, they are often uninhibited. The loss of executive function can be demonstrated by various cognitive tests. Patients can also have anhedonia, anxiety, and dysphoria. Some patients may have sleep disturbances even in early-stage PSP.

On examination, one expects to eventually find a supranuclear ophthalmoparesis. This is the classic symptom of the disorder, but it is not always present at the initial presentation and can take several years to develop. When a patient does have supranuclear ophthalmoparesis, expect to find a slowing of vertical saccades and a reduced saccadic range.

Patients often present with a stiff gait along with an extended trunk and knees. Pivoting is quick, unlike in Parkinson’s disease. The axial muscles may be rigid; the rigidity can be felt when moving the neck passively (as this is often involved).

Neuroimaging (either a CT or MRI) will show atrophy in the brainstem. One may see a “hummingbird” sign, whereby the pond is preserved while the midbrain has significant degeneration. However, it is important to note that this is not a diagnostic investigation. Currently, the disease is diagnosed purely by clinical findings. 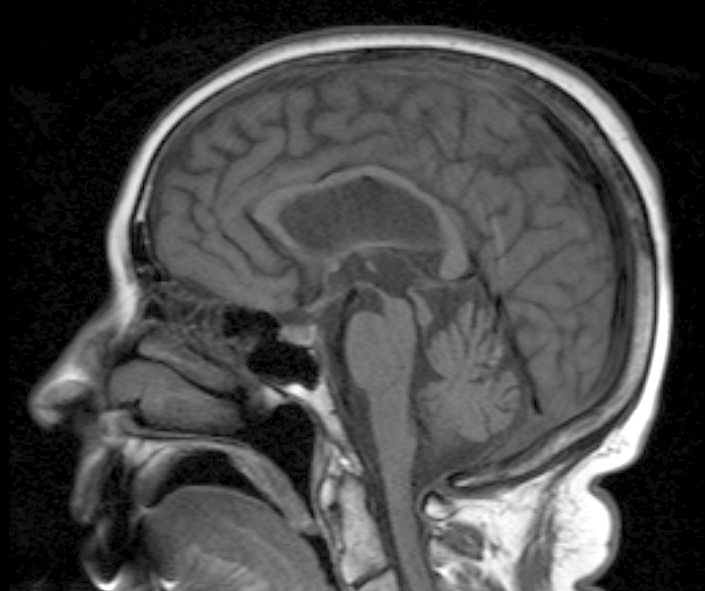 Image: “This patient presented with progressive dementia, ataxia, and incontinence. A clinical diagnosis of normal pressure hydrocephalus was postulated; however, imaging did not support this. On formal testing, abnormal nystagmus and eye movements were detected. A sagittal view of the CT/MRI scan shows atrophy of the midbrain, with preservation of the pons volume. This appearance has been called the “Hummingbird sign” or “Penguin sign.” There is also atrophy of the tectum, particularly the superior colliculi. These findings suggest the diagnosis of progressive supranuclear palsy.” By Dr. Laughlin Dawes – radpod.orgLicense: CC BY 3.0

Corticobasal degeneration is an asymmetric disorder that is progressive in nature. It usually presents with unilateral limb abnormalities. The initial presentation can be varied; patients report rigidity, dystonia, focal myoclonus, ideomotor apraxia, and alien limb phenomena.

The clinical picture is somewhat complicated by the heterogeneous nature of the clinical features. In some reports, cognitive dysfunctions, such as loss of executive function, have been the presenting complaint. Speech disturbances have been reported in approximately 23% of patients (e.g., dysarthria is a common early speech symptom). Oculomotor dysfunction has also been reported. Throughout the disease, most patients will have oculomotor involvement. On examination, look for slow eye movement and “several step” saccades. To differentiate from supranuclear palsy, one can exam vertical saccades, which are usually unaffected in corticobasal degeneration.

Investigations include CT, MRI, EEG, and electromyography. The CT and MRI scans may be normal in the early stages of corticobasal degeneration. However, as the disease progresses, asymmetric cortex atrophy can often be observed. Again, the EEG is usually normal at first but will show abnormalities (in delta and theta frequency) as the disease progresses.

In all cases, a post-mortem examination is the only actual diagnostic test. Diagnosis is usually clinical in nature. A key diagnostic feature is unresponsiveness to levodopa. In patients with prominent motor symptoms and suspicion of CBD, levodopa can often be administered as a screening test.

As with the other disorders discussed in these articles, the diagnosis is made purely on clinical findings. Again, a major diagnostic tool is the use of levodopa. Patients with MSA will respond poorly, and this can be used to distinguish the disease from idiopathic Parkinson’s disease.

Image: “Dopamine transporter and dopamine D2 receptor images. The first and last images of dopamine transporters and dopamine D2 receptors in the patient with Parkinson’s disease and the patient with multiple system atrophy are displayed in axial sections. The rainbow scale represents the magnitude of uptake ratio index.” By Ishibashi K, Nishina H, Ishiwata K, Ishii K. License: CC BY 4.0

Features to look for in the diagnosis of MSA:

Levodopa is not effective in Progressive Supranuclear Palsy. In fact, L-dopa is currently diagnostic in PSP. There are currently no effective therapies for PSP, and management is purely supportive. Occupational therapists and physical therapists can help individuals as the disease will drastically affect their quality of life.

No medications currently provide symptomatic relief or are neuroprotective for degeneration. Various drugs can be used for the tremor, such as topiramate, but these have limited efficacy.

Patients with cognitive dysfunction can be given a cholinesterase inhibitor like rivastigmine. Diet and nutrition are important since dysphagia is a common symptom.

As with the other disorders, there is a limited role for treatment, and the disease will progress unabated until the patient dies. Symptomatic control of motor signs can be tried.

This is a progressive disease and symptoms will worsen, often very quickly. Usually, death results in around nine years.

Median survival from disease diagnosis is about six years. The disease progresses quickly, with significant loss of quality of life within a few years.

Patients usually have a post-diagnosis lifetime expectancy of nine years.