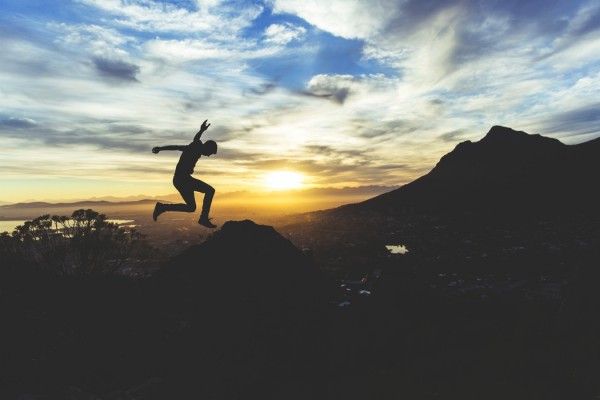 The Neurobiological Basis of Motivation

Motivation is closely linked to the neurotransmitter dopamine and the dopaminergic feedback system known as the mesolimbic dopamine system which works as the amplifier pathway in a reward system where activation of the system leads to dopamine release and reinforcement of the behavior. The system originates from the tegmental area and innervates the nucleus accumbens.

The Theory of Motivation: Subjective Orientation

Motives are divided into primary and secondary groups. Even though sexual motives belong to the primary group, they do not serve to maintain homeostasis.

Five major theories try to explain motivation and they are applied to help one increase productivity at his/her workplace. The theories largely apply the basic forms of motivation.

The ethological model: the instinct theory

This approach supports the position that most of the animal and human behaviors are based on genetics. The central question of the study of instinct (ethology) is:

Which parts of the behavior are inherent and which are learned individually?

The motive here is a state of deficiency, and the individual searches for stimuli to eliminate this state of deficiency. K. Lorenz observed various species and concluded that specific instinctive acts take place in a way that is standardized to the maximum extent.

The sequence of the instinctive act, according to Konrad Lorenz (1937):

Detailed definition of important terms regarding the ethological model

Learned key stimuli that are not present at birth are called imprinting. This imprinting that takes place during the short, learning-sensitive phases is irreversible.

Inherent key stimuli are, for instance, a hungry infant’s appetitive behavior and the schema of childlike characteristics with its corresponding behavior of affection and protection. With this schema, you can also illustrate the term dummy very well: we react to stuffed toys with big eyes, small noses, and round faces in a similar way that we react to a cute baby face—we pick them up and caress them.

Maslow assumes that primary needs have to be satisfied 1st before secondary needs can become relevant. Thereby he supports a humanistic image of humankind.

Only the extended motivations represent man.

Every human being potentially strives for self-actualization.

The need for self-actualization (transcendence) can only be satisfied in a small fraction of people. Transcendence means to give life a higher meaning, to feel in harmony with the whole. 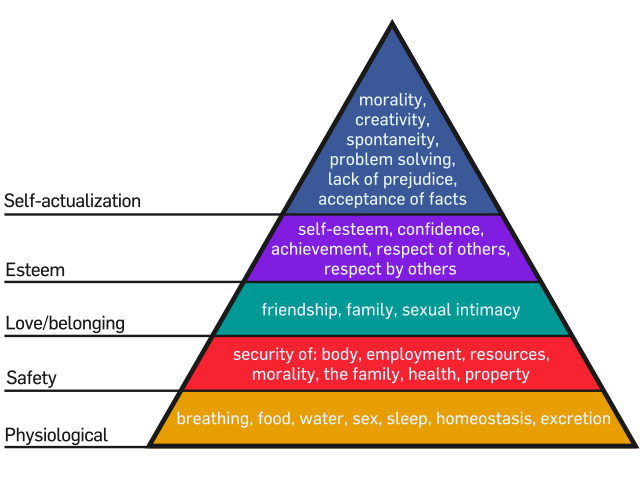 The hierarchy is made up of 5 levels of needs as:

According to this theory, you must be in good health, safe, secure and in meaningful relationships, and feel confident before you can be the most you can be.

The learning theory approach is based on the learning process according to the principles of operant conditioning.

The motivation consists of the results of 2 basic questions:

You would rather go to the lake now instead of studying in the library for the preliminary examination. Your will makes it possible for you to pursue important goals even though there is no motivational basis at the moment.

The tendency (intention) is the basis for voluntary actions. The volitional (volition = will/will power) process here is stronger than the motivational process (i.e., fasting despite hunger). The Rubicon model summarizes the action phases.

Strategies for the evolutional action control:

Trip to the clinic: The transtheoretical model

The transtheoretical model (TTM), according to Prochaska and DiClemente, should enable therapists to better evaluate and influence their patients‘ behavior. This is especially important in patients with dependency issues (see below) as it helps for therapeutic decisions. The TTM consists of 6 steps:

The therapeutic approach: it is important to work in synchronized phases! How do you, for instance, convince a patient to stay sober, if he is not even aware of the health risk of substance abuse? The following table summarizes which main strategy to follow in each phase:

Please note: Questions regarding the transtheoretical model are a common part of the written preliminary examination.

There is rarely just 1 motivation or 1 tendency toward need. On the contrary, often there are simultaneous different motivational tendencies in us, and we have to decide on the 1 to follow. Hereby, conflicts arise.

In an appetence conflict, the affected individual has to decide between 2 positive alternatives.

Example: You have been admitted to study veterinary medicine as well as human medicine and now have to decide on 1.
Aversion-Aversion conflict: The avoidance conflict

In an aversion conflict, the affected individual has the choice between 2 negative alternatives, in other words choosing the ‘lesser evil’.

Example: You contemplate working 2 hours overtime in the evening versus getting up earlier tomorrow to finish writing the discharge letters.

In an appetence-aversion conflict, the individual’s goal has both negative and positive aspects at the same time (‘2 sides of a coin’). He is disgusted and attracted simultaneously to fulfill the tendency toward the need.

Example: A depressed patient would like to undergo therapy with antidepressants but fears the side effects of gaining weight.

The 4th type of conflict extends Lewin’s simple typology by adding the double appetence-aversion conflict. Here, the individuals have to decide between 2 alternatives, each of which has positive and negative aspects.

Example: Do you choose the low paying residency in your favorite city over the highly paid job at a rural hospital in the periphery?

One’s desire to want to beat themselves or others in their achievements is called achievement motivation. People with high achievement motivation choose tasks that are always a degree more challenging. Only if failure or success can be the result of a task, is it possible to assess a quality standard. Aside from positive responses like joy and pride, one is motivated by the desire for increasing efficiency: The road to success is optimized more and more in variations.

You want to get a B on your preliminary examination while your fellow student is completely satisfied with a D. The basic question of the Atkinson model is:

Why do people set goals at different levels?

Choosing a goal (choosing the difficulty of the task) = the probability of success (expectation) x appeal of success (value).

Depending on one’s explanatory style, people justify their successes and failures. These causal attributions are divided into different attributional dimensions: internal/external, stable/unstable, and specific/global. Read everything regarding explanatory styles here.

The observers’ attitude to relate one’s behavior primarily back to human behavioral traits and putting situational factors aside (i.e., aggressive behavior), is called fundamental attribution error. The actor would explain his behavior exactly the opposite way and primarily blame the situation for his actions.

Definition of addiction (World Health Organization (WHO)): Addiction is a psychological and physical state, which is characterized by the fact that an individual feels an insurmountable desire for a certain substance or a certain behavior despite physical, mental or social disadvantages. He can no longer control this desire and is dominated by it.

The topic of addiction belongs in the article about motivation because addicts act very purposefully: to get the ‘pleasure’ of the addictive substance is usually the only motive for addicts, and consequently they pursue this goal. One differentiates between substance dependencies and substance independent addictions (food addiction, gambling addiction).

According to DSM-4, dependency exists if 3 of the following criteria are present:

How does dependence arise?

Several factors play a role in developing dependency. The WHO speaks of a multifactorial model of explanation.

Psychosocial effects of the drug

Theoretical learning processes are important to explain the origin of dependence. On the 1 hand, operant conditioning takes place: the drug leads to relaxation (positive reinforcement), and the drug prevents negative emotions/situations or withdrawal symptoms disappear (negative reinforcement). Classical conditioning includes situational and social triggers such as getting together at a bar, parties, and conflict situations (partnership, supervisors, etc.).

Brown, E. L. (2014). The use of the physical and social environment of the general hospital for therapeutic purposes. New York: Russell Sage Foundation.