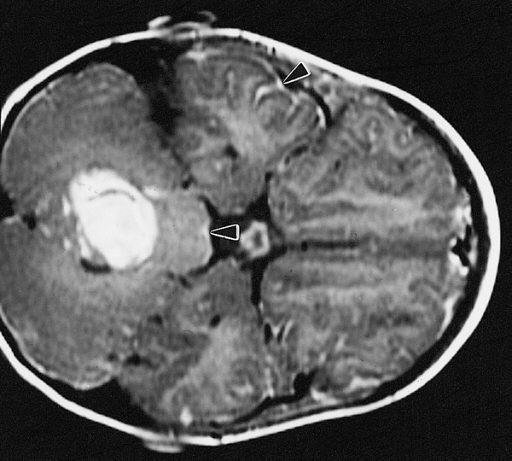 Brain tumors are a group of abnormal cells that are found in the brain. They can be classified as:

As per the WHO classification, brain tumors are classified based on their cells of origin into subtypes such as:

The patient’s presenting age; postoperative residual disease after tumor resection and the metastasis stage at the time of diagnosis are predictive of mortality in patients with medulloblastomas. Patients older than 3 years of age who do not have any subarachnoid or hematogenous spread of their tumor at the time of diagnosis have a 5-year survival of more than 80%. 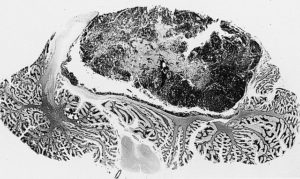 Infants who have medulloblastomas have a very low 5-year survival rate regardless of their metastatic stage. Most patients with medulloblastomas are diagnosed between 3 and 5 years of age and there is a slight predominance in boys.

The exact incidence of PNETs is unknown, but some hypothesize that the condition might have an incidence of around 2.9 per million. Patients with PNETs are usually older compared to those presenting with medulloblastomas. PNETs are more common in the white population, compared to Asian or African-American populations.

Because medulloblastoma usually arise in the posterior fossa, which has limited space, cerebrospinal fluid passage obstruction is common. Patients might develop hydrocephalus consequently. 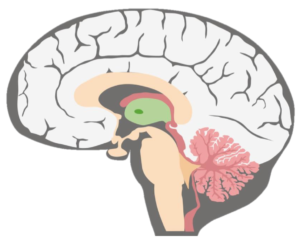 Patients with medulloblastomas are usually young children who complain of headaches, nausea, blurring of vision, loss of balance, behavior changes, seizures, drowsiness, coma, vomiting, and fatigue. The duration of the symptoms is usually more than 3 months. Headaches are usually more severe in the morning.

Because the most common site of the tumor is within the cerebellum, patients can develop ataxia. Brainstem tumors can cause diplopia, facial weakness, hearing problems, or a stiff neck due to cranial nerve involvement. Back pain, leg weakness, and respiratory problems can also be attributed to metastatic disease, which is common with medulloblastomas. 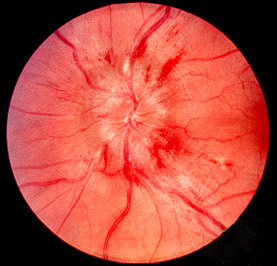 Patients who complain of back pain should get a bone scan to exclude bony metastasis. The spinal metastatic disease can be reliably excluded by magnetic resonance imaging. Microscopic metastatic disease is common with medulloblastomas and a lumbar puncture with the cerebrospinal fluid cytologic examination is indicated. Histologic examination reveals an undifferentiated tumor of the cerebellum of embryonal neuroepithelial origin.

PNETs can also be diagnosed based on magnetic resonance imaging of the involved sites and histologic examination of the suspected lesions. Patients with peripheral PNETs should undergo a chest computed tomography scan, a bone scan, and perhaps a positron emission tomography study to exclude metastatic disease, which is very common.

Tumors appear hypointense and homogenous on T1-weighted images and hyperintense on T2-weighted images. Patients who are confirmed to not have hydrocephaly should undergo a lumbar puncture to obtain cerebrospinal fluid for cytologic examination. In contrast to medulloblastomas, ependymomas are more likely to be well-differentiated. Cysts, calcification, and hemorrhage can also be seen on histologic examination of an ependymoma.

After total or near-total resection of the primary medulloblastoma, adjunctive radiotherapy and chemotherapy are indicated in most cases. Radiotherapy should be administered to the whole central nervous system while focusing on the primary site of the tumor and the locations of the metastatic lesions.

The chemotherapeutic combination of cisplatin, carboplatin, cyclophosphamide, and vincristine is recommended. The gentle suction of the tumor is usually possible due to its fragility.

Postoperative magnetic resonance imaging is indicated to estimate residual disease, which is predictive of survival. A ventriculoperitoneal shunt or a third ventriculostomy are indicated to relieve hydrocephalus.

Complete resection of peripheral PNETs is more complicated as vital organs might be involved. Adjunctive chemotherapy and radiotherapy are needed in the treatment of PNETs. Radiotherapy in peripheral PNET puts the patient at an increased risk of developing a sarcoma.