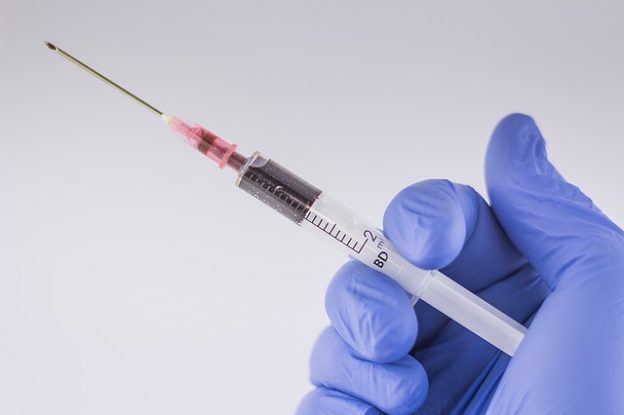 The United States, United Kingdom, and Canada have put some national practice guidelines to help primary care physicians in providing the most-recent evidence-based treatment for patients with dyslipidemia. The most important aspect of the management plan of hyperlipidemia in these national practice guidelines is lifestyle modifications. The targeted parameter that was continuously shown to be related to cardiovascular disease risk is LDL cholesterol.

Usually, hyperlipidemia is asymptomatic. However, yellowish fatty growths (xanthomas) can be observed around the eyes and joints of the patients. Most often, hyperlipidemia is diagnosed on routine investigations or after a cardiovascular event e.g. myocardial infarction or stroke. Other clinical features of hyperlipidemia include corneal arcus, achiles tendon xanthomas, eruptive xanthomas, and hepatosplenomegaly.

When is Pharmacological Treatment Indicated in Hyperlipidemia

While lifestyle modifications remain the mainstay therapeutic option for hyperlipidemia and lowering the risk of cardiovascular disease, pharmacological treatment is usually needed for optimum care of the patient.

It has been suggested to start simvastatin 40 mg daily for all patients with CHD risk equal to or more than 20 % for primary prevention. Patients who have had a history of CHD before should receive simvastatin 40 mg with a possible increase in dosage up to 80 mg as a secondary prevention measure against future cardiovascular accidents.

Statins in Primary and Secondary Prevention of CHD

Statins are usually better tolerated than other lipid-lowering drugs. They have been continuously proven to be effective in the primary prevention and secondary prevention of CHD. They are also effective in the prevention of acute coronary syndrome. All these conditions are directly related to LDL cholesterol and HDL cholesterol levels. The most common examples for statins include simvastatin and lovastatin. In addition to their lipid-lowering properties, statins are also known to alter the inflammatory process seen in atherosclerosis.

Statins are contraindicated in patients with active liver disease and in pregnancy. The main side effects of statins that might result in the discontinuation of the drug are myopathies (1 %), rhabdomyolysis (0.2%), and elevated liver function tests (2 %). Other side effects of statins include confusion, forgetfulness, dementia, depression and erectile dysfunction. Introduction of statins in the management of hyperlipidemia has improved the prognosis.

Non-statins in Primary and Secondary Prevention of CHD

There are other lipid-lowering drugs that can be used to lower LDL cholesterol other than statins. Fibrates are known to lower the risk of future coronary events but not overall mortality. The combination of a statin and a fibrate is known to help in achieving the LDL goal but was not found to be associated with lower mortality.

Niacin as monotherapy or add-on therapy for the primary prevention of CHD in patients with isolated low HDL-cholesterol levels is a good example for an effective non-statin treatment for dyslipidemia.

The dietary supplementation of omega-3 fatty acids was found to be ineffective or to have a very small effect on the primary and secondary prevention of CHD. Omega-3 fatty acids do not affect overall mortality in patients with a previous history of myocardial infarction.

Initiating statins to lower LDL cholesterol levels in the acute setting of a cerebrovascular accident was proven to be effective in improving the clinical outcome and lowering the disability of the patient.

Pharmacological Treatment of Hyperlipidemia in Women

Pharmacological Treatment of Hyperlipidemia in the Elderly

Patients aged between 62 and 85 years of age who have had a history of coronary heart disease should be prescribed a lipid-lowering drug, i.e. a statin. Statins were found to influence overall mortality, stroke, and myocardial infarction risk in the elderly. The use of statins in patients with CHD who are older than 85 years of age is discouraged because it has been associated with a higher mortality rate.

Pharmacologic Treatment of Hyperlipidemia via aafp.org/