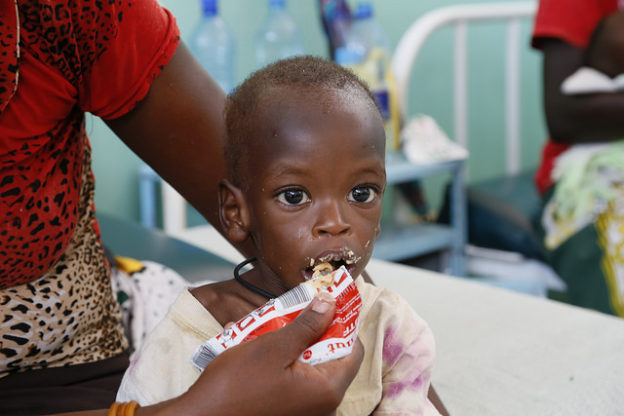 Kwashiorkor is a debilitating and life-threatening condition caused by the lack of protein in the diet.

In the case of protein subnutrition, the patient exhibits reduced ability towards fluid recovery; there is a lack of immunity and insufficient lipid absorption.

Lack of proteins results in 0 substantial pressure gradient and, therefore, a failure to draw fluids from tissues into the bloodstream. This failure leads to the pooling of fluids in the abdomen.

Failure of fluid recovery by the lymphatics results in edema and belly distension, which is the typical presentation of an undernourished child. Edema may trick the parents into thinking that the child is well nourished despite the lack of protein intake.

Signs and symptoms of kwashiorkor

For an undernourished child suffering from Kwashiorkor, pitting edema is the characteristic sign. Other signs and symptoms include: 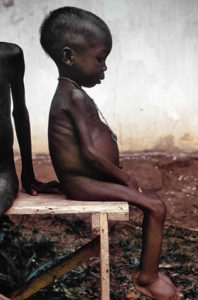 The physical examination shows general swelling, protruded belly, and hepatomegaly. Investigations may include:

Treatment options depend on the severity of the condition. In the early stages of the disease, treatment revolves around providing an adequate diet for the child, with more calories and protein.

However, this will not compensate for the damage that has already been done to the growth and height potential of the child. Carbohydrates, in the form of simple sugars and fats, are given first to cater to the catabolic needs, and this is because the protein catabolism includes the urea cycle that can overwhelm the already damaged liver.

So, proteins are given after other sources of energy have been provided. They only serve anabolic purposes. Vitamins and minerals are also essential to restore the nutritional status of the patient.

Food must be introduced slowly and gradually to prevent issues arising from the administration of high calories after a long time.

Those in the later stages of the disease may present with shock. The treatment then aims to restore the blood volume and maintain blood pressure.

Early treatment can produce better results. Treatment in the later stages improves the nutritional status of the child. However, it does not compensate for the physical and mental damage that has already been done. It can be a life-threatening condition if not treated on time.

If not treated on time, the following complications are seen:

Prevention is through an adequate diet containing sufficient carbohydrates, fats that provide 10% of the total caloric needs, and proteins that makeup 15% of the caloric intake. Proteins can be found in the following foods: 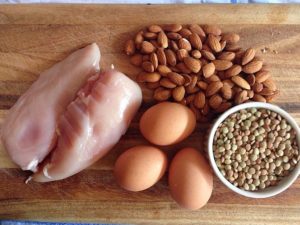 Marasmus is a type of malnutrition primarily caused by a deficiency in calories and energy. There is a severe deficiency of nearly all nutrients, especially protein, carbohydrates, and lipids.

Negative energy balance causes marasmus, and this can be due to factors such as:

In response to a low-calorie diet and low energy, the body responds in the following ways:

Signs and symptoms of marasmus 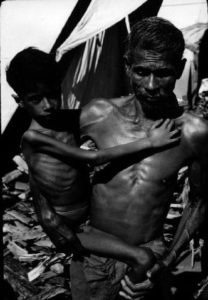 Shrunken, wasted appearance is the classical presentation of marasmus. Other clinical manifestations are as follows:

Lab values are taken to construct an appropriate treatment plan. Diagnosis is based on the following lab tests:

What you should know about Marasmus via healthline.com