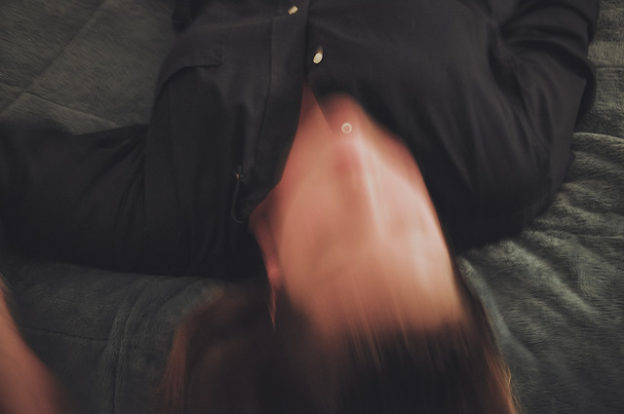 There is no clear definition of malingering as it is not a formal medical diagnosis.

The DSM states clearly that malingering is not a psychiatric disorder, whereas, the American Psychiatric Association has put a definition of malingering that we are going to adapt in this article.

a disorder that involves the intentional production of false or exaggerated physical or psychological symptoms for some form of gain.

To consider the subject as malingering is a very difficult decision to the clinician because many psychiatric disorders are also characterized by the false delusions of having a medical condition and the exaggeration of some real symptoms; therefore, it is essential for the doctor to differentiate between malingering and factitious disorders.

In malingering, there is a clear motivation and gain that can rationalize the patient’s behavior. Additionally, those who are malingering can change their story from time to time.

Malingering can be also classified into pure, partial and false imputation.

Partial malingering is characterized by the exaggeration of current symptoms to gain some compensation or another form of benefit.

Finally, false imputation is the deliberate misattribution of actual symptoms to something else that can get the patient some benefit.

Note: The commonest form of malingering is partial.

Partial malingering is very common and you will very likely encounter many real patients who are exaggerating their symptoms for one reason or another.

The estimated prevalence of symptom exaggeration in one study was about 46% to 60%. The most common category of patients who might be malingering is workers and disability patients who are referred for compensation estimates. This is followed by patients with personal and intentional injuries. Criminals also very commonly lie about the severity of their symptoms. Medical and psychiatric patients can also show some malingering behavior due to their attachment to their doctors, or because they need certain drugs for pain relief.

The most commonly malingered diagnosis is a head injury, followed by fibromyalgia and chronic pain. In 15% of the cases, patients were malingering depressive symptoms. Those who are malingering for compensation usually respond well to the medical treatment of their exaggerated condition and return to work.

How to Detect Malingering?

Malingering is not a diagnosis. It is a behavior that is detected by the clinician. In order for the clinician to detect malingering, we suggest the following approaches.

One should obtain a full history and physical examination. You should get access to previous medical history and review the patient’s medical record. During your interview, you should be neutral and try your best to find a medical or psychological explanation for the patient’s symptoms before attributing them to malingering.

When this approach is not sufficient to detect a case of malingering, one could provide a video surveillance option. Those who malinger head injuries or disabilities usually show significant discrepancies between what they describe and what the video surveillance reveals. It might be useful to discuss this with the subject before confirming malingering because he or she might come forward and explain their behavior.

A final approach to detect malingering is by presenting a neuropsychological test that is known to be passed with perfect scores by almost all psychiatric and medical patients. Those who are malingering will try intentionally to fail such tests and then can be detected.

The most common clinical presentations encountered in malingering cases

Brain injury is another condition that is commonly exaggerated in patients. Patients usually sustain a mild traumatic brain injury and then start complaining of distress, headache, and cognitive problems. Such patients are usually referred for litigation issues which can provide a clue to us that they are exaggerating their symptoms.

Another condition that is commonly exaggerated in many patients, especially in the United Kingdom, is chronic pain syndrome. Somatic pain disorders, somatization disorders in general, and chronic pain syndrome, in particular, are very common conditions in the community. The detection of malingering cases is very difficult in this category but one might use tests that are completely unrelated to the condition, i.e. word memory test, and check for validity.

Management of a Malingering Case

The first step in the management of a malingering case is to detect malingering in the first place. Those with head injuries usually fail symptom validity tests and are found to be exaggerating. Other cases of malingering might be more difficult to detect, especially those who are malingering psychiatric conditions such as post-traumatic stress disorder.

Confrontation is always useful in malingering subjects. It was estimated that up to 60% of patients who were malingering have produced valid scores on symptom validity tests after they were confronted; therefore, after a doctor builds a good rapport with the patient, he or she should confront the patient about the malingering issue.