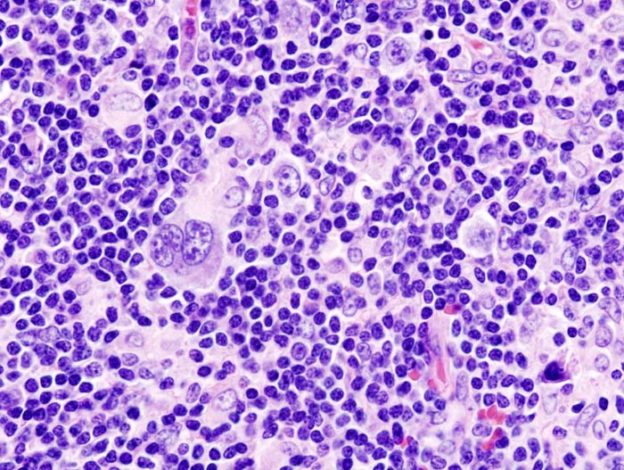 Lymphomas are blood malignancies that develop from lymphocytes. They mainly present with lymphadenopathy and other B symptoms of fever and night sweats.

Pediatric lymphomas can be classified into Hodgkin and non-Hodgkin lymphoma. Hodgkin lymphoma, also known as Hodgkin disease, is a form of malignancy that is curable. Hodgkin lymphoma is characterized by neoplasms that have a small number of malignant Reed-Sternberg cells with the remainder of the tumor bulk consisting of mature non-malignant cells. 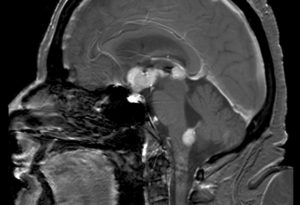 There are little differences in the incidence of Hodgkin’s lymphoma between different ethnicities. Boys younger than 10 years are three times more likely to develop the condition compared to girls.

The exact etiology of Hodgkin’s lymphoma is unknown, but the disease has been associated with several factors including:

One possible protective factor against non-Hodgkin’s lymphoma is exposure to sunlight. This protective effect is believed to be related to improved vitamin D synthesis.

Hodgkin’s lymphoma has been extensively studied and is currently believed to be the result of the monoclonal expansion of a cell of the B-lineage. The affected origin cells are believed to acquire multiple mutations and to lose the ability to undergo apoptosis.

Because Epstein-Barr virus DNA was identified in a significant number of malignant cells in Hodgkin’s lymphoma, the emphasis has been put to study why this virus might be linked to the disease.

It has been noted that Latent membrane protein-1 (LMP-1), which is expressed by Epstein-Barr infected cells, is responsible for the activation of nuclear factor kappa-B (NF-KB) pathway which is known to be anti-apoptotic. 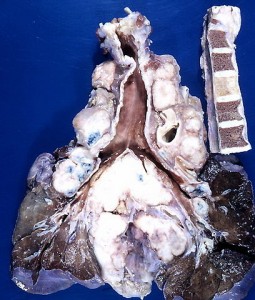 This observation is very important because we currently understand that NF-KB up-regulation in Hodgkin’s lymphoma is up-regulated due to the expression of other important genes related to malignant transformation including CD30, CD40, and Notch1.

NF-KB plays a very important role in the pathogenesis of Hodgkin’s lymphoma. This factor is believed to be translocated to the nucleus of Reed-Sternberg cells in a subsequent step. NF-KB is responsible for the inhibition of apoptosis and proliferation of the malignant cells in Hodgkin’s lymphoma, i.e. clonal expansion, and the secretion of proinflammatory cytokines which are responsible for the systemic features of the disease.

Malaria infection has been linked to T-cell suppression and immunosuppression. This finding might explain the increased risk of non-Hodgkin’s lymphoma in certain areas that are known to be an epidemic with malaria.

Chromosomal translocations are more common in non-Hodgkin’s lymphoma; another finding that makes the condition more similar to acute lymphoblastic leukemia. The common translocation t(8;14) is known to activate the c-myc gene, which is responsible for the activation of the cell cycle and cellular proliferation in Burkitt lymphoma. Other translocations, such as t(2;8) and t(8;22), are also associated with the activation and over-expression of c-myc.

T-cell receptor loci are also known to undergo translocation abnormalities, especially in lymphoblastic non-Hodgkin’s lymphoma. One common translocation that is known to play an important pathogenic role from the T-cell receptors family is the LMO2 gene on chromosome 11, which gets activated by being translocated to chromosome 14. The encoded protein is known to be a gene transcription modulator, hence its role in malignant transformation.

The most common presentation of Hodgkin’s lymphoma is painless cervical or mediastinal lymphadenopathy. Mediastinal lymphadenopathy can be associated with respiratory distress and stridor. Patients with Hodgkin’s lymphoma are likely to develop B symptoms, which include unexplained fever, unexplained weight loss > 10% over 6 months and night sweats.

Fatigue and itching are also common symptoms of Hodgkin’s lymphoma that are believed to be the result of cytokines production. Paraneoplastic syndromes are common with Hodgkin’s lymphoma and include immune thrombocytopenic purpura and autoimmune hemolytic anemia.

Non-Hodgkin’s lymphoma is more likely to present with an acute illness, another similarity to acute lymphoblastic leukemia. Painless lymphadenopathy is common which might be associated with pressure symptoms. Small non-cleaved cell lymphoma and large cell lymphomas are commonly associated with abdominal masses, which can cause abdominal pain or constipation.

Serum calcium and lactate dehydrogenase correlate with the size of the tumor and the risk of tumor lysis syndrome. Alkaline phosphatase levels might be elevated, a finding that is suggestive of bone involvement. Nephrotic syndrome is also common with Hodgkin’s lymphoma and a urinalysis might reveal proteinuria.

The largest lymph node in a child with Hodgkin’s lymphoma should be excised for histologic confirmation of the diagnosis. Certain surface markers such as CD15, CD20, CD30, and CD45 are usually positive in Hodgkin’s lymphoma. The number of Reed-Sternberg cells is usually low, compared to the total number of cells that make the bulk of the tumor. Lymphocytes, histiocytes, neutrophils, and fibroblasts constitute the remainder of the tumor bulk.

The presence of fibrous bands and a nodular pattern in the cytoplasm of the Reed-Sternberg cells in Hodgkin’s lymphoma is suggestive of nodular lymphocyte-predominant Hodgkin lymphoma (NLPHL). Other possible findings on histology examination include nodular sclerosis, with lymphocyte depletion or a significantly high number of lymphocytes within the tumor.

Patients with non-Hodgkin’s lymphoma should also undergo a complete blood count which can reveal anemia, thrombocytopenia, and leukocytosis. Lactate dehydrogenase levels should also be checked in this group of patients. 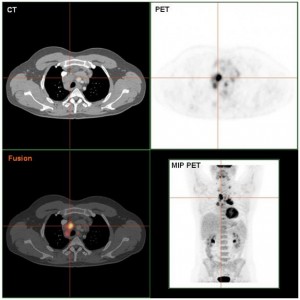 Staging of Hodgkin’s and non-Hodgkin’s lymphoma is summarized in the following table.

Treatment of stage I and II Hodgkin’s lymphoma without any constitutional symptoms involves the administration of the combination of doxorubicin, bleomycin, vincristine, and etoposide. Irradiation of the involved region is indicated.

Treatment of non-Hodgkin’s lymphoma is more dependent on the histologic type, rather than the stage of the disease. Lymphoblastic lymphoma treatment involves an induction phase, a consolidation phase and a maintenance phase, similar to the treatment of acute lymphoblastic leukemia.

Treatment of small non-cleaved cell lymphoma is more dependent on the stage of the disease. Stage I and II disease patients usually receive prednisone, vincristine, cyclophosphamide, doxorubicin, and filgrastim.