Venous Drainage and Cutaneous Innervation of the Lower Limb | Lecturio 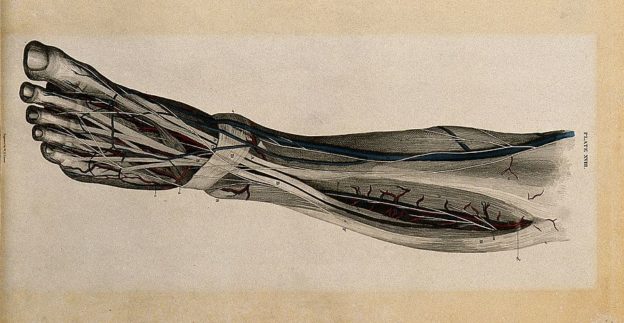 Image: “Leg and foot: dissection, with blood vessels and nerves indicated in red and blue.” by http://wellcomeimages.org/indexplus/obf_images/b1/32/a9f39b53bb1c1aff3c3ad754f392.jpg. License: CC BY 4.0

Diseases of the Venous System of the Lower Limb

Similarly, if a thrombus is formed in the deep veins, it is called deep vein thrombosis (DVT). DVT becomes life-threatening if the thrombus is dislodged and travels to the right side of the heart via the inferior vena cava. It then enters the pulmonary circulation and can block pulmonary arteries, which is called pulmonary embolism.

Structures of the Lower Limb

The superficial fascia consists of loose connective tissue and fat. It is traversed by several vessels and nerves of the lower limb.

The deep fascia, also known as fascia lata, is made up of dense connective tissues. Its function is to give strength and stability to the structures of the lower limb by forming muscular compartments. It extends superiorly from the thigh to become the inguinal ligament and inferiorly it continues as the deep fascia of the leg. It is thickened laterally to form the iliotibial tract.

The dorsal venous arch present in the foot drains into the anterior tibial veins and the superficial veins.

On the plantar surface of the foot, the deep venous arch is present, which accompanies the deep arterial arch. The deep plantar arch is formed by the lateral and medial plantar veins, which drain into the posterior tibial veins.

The fibular vein, which drains the lateral compartment of the leg, also drains into the popliteal vein. 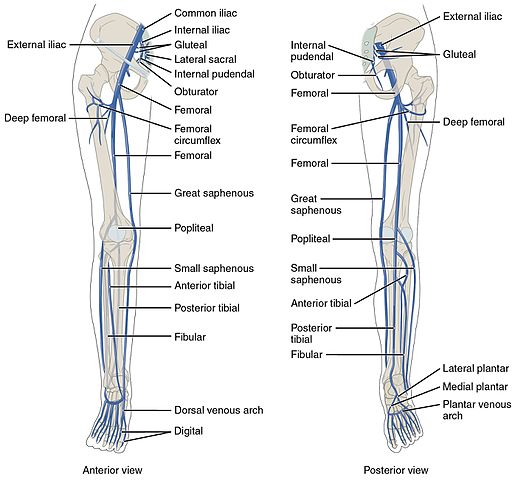 Image: An overview of the venous drainage of the lower limb. By OpenStax College, License: CC BY 3.0

Cutaneous Innervation of the Lower Limb 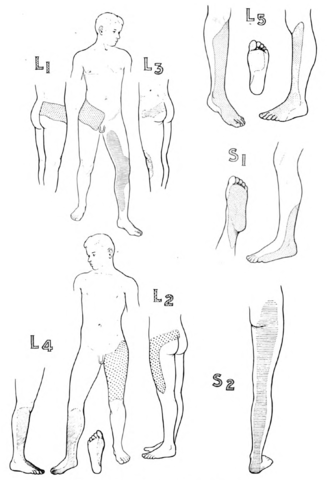 An area of the skin that is supplied by a single spinal nerve is known as a dermatome. This dermatome distribution allows the clinical examination of the sensory system that includes pain, touch, temperature, and vibration. In the event of neurological injury, the site of the lesion can be localized, using the dermatomal map.

These dermatomes are supplied by the cutaneous nerves derived from the lumbosacral plexus. The main peripheral nerves are: 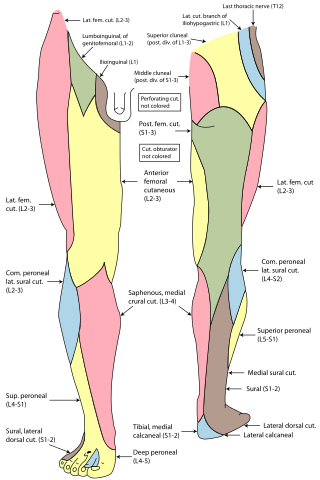 Image: The cutaneous nerves of the lower limb. By Henry Vandyke Carter, Henry Gray, modifications made by Fred the Oyster, License: Public Domain

It is important to consider that these dermatomes do not follow a strict border outline and may overlap, as shown in the figure at the side.