Joints of the Lower Limb | The Lecturio Medical Online Library 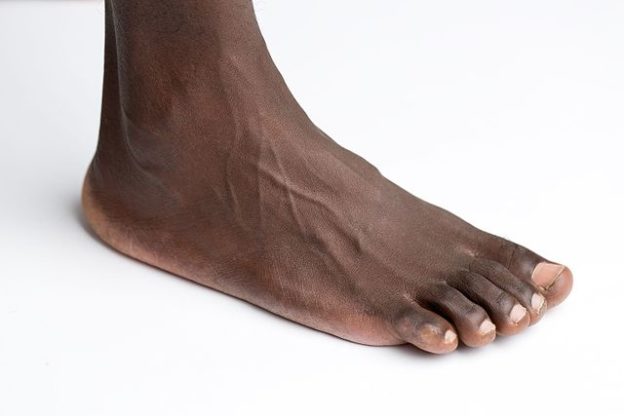 The two sacroiliac joints are formed between the articulating surfaces of the sacrum and the ilium. It is a synovial plane joint that transmits the weight of the body to the lower limbs; thus, it is a strong joint with very little movement. Strong ligaments that offer support to the joint include:

Very little movement is permitted at these two joints.

The hip joint is a synovial ball and socket joint formed between the head of the femur and the acetabulum. The acetabular labrum is a strong fibrocartilaginous ring along the edge of the acetabulum, which provides depth to the socket and helps to hold the femoral head within the socket.

The hip joint is designed as a weight-bearing joint; therefore, strong ligaments stabilize it, including:

Several bursae around the hip joint prevent friction between the joint and the strong muscles supporting it. These include the trochanteric bursa, the ischial bursa, and the iliopectineal bursa. The different movements occurring at the hip joint include flexion, extension, abduction, adduction, and medial and lateral rotation.

The joint is stabilized by strong muscles and ligaments, which include the quadriceps and hamstring muscles, the anterior and posterior cruciate ligaments, the medial collateral and lateral collateral ligaments, and finally, the patellar ligament.

Cushioning the articular surfaces of the joint are the medial and lateral menisci, which are semilunar-shaped fibrocartilages. Additional bursae prevent friction between the structures supporting the knee joint: the suprapatellar bursa, and the gastrocnemius bursa.

Movements occurring at the knee joint include flexion, extension, and a small degree of medial and lateral rotation. It is an important joint that helps transmit the weight of the body to the foot. It is important for our daily activities, such as walking, running, and sitting.

There are two joints between the tibia and the fibula:

Also called the talocrural joint, this is a true hinge joint formed between the articular surfaces of the distal tibia, distal fibula, and the talus. This functions as a hinge joint allowing plantar flexion, dorsiflexion, and a small degree of abduction, adduction, and rotation.

It is located distal to the ankle joint and is a synovial joint formed by the talus and the calcaneus bone. These two bones articulate twice: anteriorly and posteriorly when the concave area of the talus meets the convex surface of the calcaneus.

There are three articular facets between the talus and the calcaneus called the anterior, middle, and posterior facets. The middle facet is formed by the sustentaculum tali. The tarsal canal separates the posterior facet from the other facets.

The joint capsule is attached to the margins of the articular surface of both the bones. The ligaments which stabilize this joint are the medial, lateral, and interosseous talocalcaneal ligaments.

About 10% of ankle dorsiflexion is due to the subtalar joint. The joint mainly allows inversion and eversion of the foot.

This joint consists of two joints: the talocalcaneonavicular joint and the calcaneocuboid joint. More extensive movements take place at this joint compared to other tarsal joints. It consists of a rotator movement whereby the foot may be slightly extended or flexed while the sole is being everted or inverted.

This is a synovial, modified ball and socket joint formed by the talus (representing the ball), calcaneus, and navicular bones (forming the joint socket). The plantar calcaneonavicular ligament stabilizes this joint.

This joint formed by the navicular and the three cuneiform bones is a synovial joint which permits gliding movement. The dorsal and plantar cuneonavicular ligaments stabilize the joint.

This is a joint between the cuboid and navicular bones and is supported by the plantar, dorsal, and interosseous ligaments. It is a fibrous joint.

These are synovial joints formed between the three cuneiform, cuboid, and the bases of the (1st to the 5th) metatarsal bones. The dorsal, plantar, and interosseous ligaments stabilize these joints.

These are synovial joints between the bases of the metatarsal bones. The plantar, dorsal, and interosseous ligaments stabilize them. The base of the first metatarsal is not connected to the second via any ligaments.

These are joints between the metatarsal heads and the bases of the proximal phalanges of the toes. The joints are synovial and are supported by the collateral and plantar ligaments. Due to these joints, we are able to flex and extend our toes, as well as adduct and abduct them to keep them apart or bring them closer.

These synovial joints connect the phalanges of the big toe and are supported by the plantar and collateral ligaments. It allows flexion and extension of the big toe.

This joint is formed between the proximal phalanges and the middle phalanges of the four lateral toes.

These are joints between the middle and distal phalanges of the four lateral toes.

There are several ligaments which maintain the functional integrity of the sole of the foot. These are called the plantar ligaments.

Arches of the Foot

There are three arches in the foot: the medial longitudinal arch, the lateral longitudinal arch, and the transverse arch. The arches of the foot, along with the bones, joints, muscles, and ligaments, play an important role in helping the foot absorb shock during walking, jumping, and running.

The transverse arch is formed by the cuboid, the three wedge-shaped cuneiform bones, and the bases of the first to the fourth metatarsal bones. It creates the medial to lateral mid-foot curvature, which enables distribution of body weight within the foot from side to side and navigates uneven ground. It also provides elasticity to the foot enabling propulsion when walking.

The medial and lateral longitudinal arches are formed by the metatarsal bones anteriorly and the tarsal bones posteriorly.

Disruption of the arches during weight-bearing is prevented by the strong ligaments connecting the foot bones. The ligaments are elastic and are able to stretch, thus permitting the arches to stretch and store energy within the foot. When the weight is removed, these elastic ligaments recoil, pulling the arches together, releasing energy, and enabling ergonomic walking.

Function of the arches

Replacement of the hip may be required in patients who develop symptomatic hip arthritis. The surgery involves replacing the hip joint with an artificial prosthesis.

There are several causes of knee pain, including inflammation secondary to an infection, trauma, and arthritis. Depending on the definitive diagnosis, patients may require medical management, arthroscopy, or knee replacement surgery.

This is a condition in which there is partial dislocation or subluxation of the cuboid bone due to repetitive contraction of the peroneus longus muscle and subsequent traction on the cuboid bone. It can also develop following excessive inversion of the ankle (ankle sprain).

It is common in people with flat feet, runners, and ballet dancers, or those with lateral ankle instability. Pain is aggravated with weight-bearing and relieved with rest. Diagnosis can be confirmed with a physical examination, x-rays, CT scan, or MRI. Treatment consists of physical therapy and manipulation to correct the subluxation.

Prolonged standing, walking or running long distances and, in obese individuals, excessive stretching of the ligaments with their gradual lengthening can lead to the collapse of the longitudinal arches, especially the medial longitudinal arch. This causes “flat foot” or “pes planus.”

This is a painful condition due to compression of the posterior tibial nerve, which supplies the heel and the sole. Individuals suffering from this syndrome experience burning or tingling pain around the ankle radiating to the toes. The pain is aggravated during walking or standing and relieved with rest.

Diagnosis is by eliciting tingling or pain on tapping the area just below the affected ankle and with nerve conduction studies. Treatment includes corticosteroid injections, and rarely, surgery to decompress the nerve.

This is a condition in which the second, third, or fourth toe gradually becomes bent and cannot be straightened. It is due to unusually long metatarsal bones and poor foot posture leading to pain in the ball of the foot when wearing narrow-toed shoes. Diagnosis is with a physical examination, and treatment involves using toe pads, wearing wide-toed shoes, and surgery to correct the deformity if medical management fails to relieve the symptoms.

The metatarsophalangeal joint of the great toe is the most commonly involved joint in gouty arthritis. An elevated level of uric acid leads to deposition of uric acid crystals in the joint, and the subsequent swelling of the great toe is called podagra. Treatment consists of anti-inflammatory drugs in the acute phase of the illness, followed by drugs to decrease the uric acid levels in the chronic phase of the illness.

This is inflammation of the thick fascia along the sole of the foot. Excessive physical activity, such as kicking or jumping, with stretching of the long plantar ligament, may also lead to plantar fasciitis. Patients usually complain of heel pain, which is worse on waking up in the morning and is relieved by walking.

Joints of Lower Limbs via mu.edu.sa

Anatomy of the Foot via arthritis.org

Joints of the Ankle and Foot via dummies.com