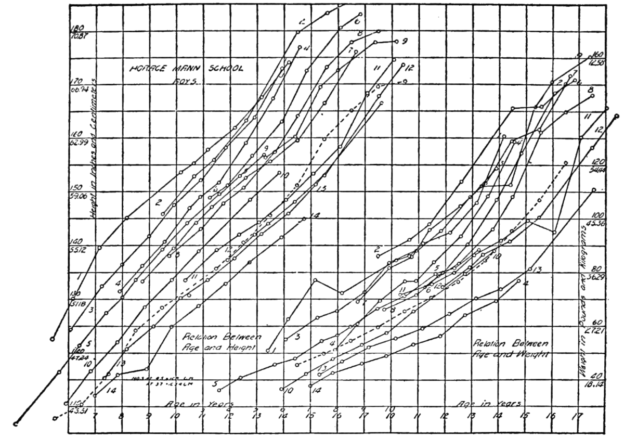 It is the most widely used technique of data analysis and measurement in statistics. This model is aimed at explaining the relationship between two quantitative variables with a line. Of these two quantitative variables, one variable is of independent nature, whereas the other is dependent on nature. Normally, in a linear model, “Y” is considered as the dependent variable and “X” as the independent variable. The equation of a straight line or linear model comprises of the following factors:

b = Coefficient of variable

a = Slope of intercept

The assumptions that the relationship between the dependent and independent variables should be linear are based on the following considered facts:

In order to find out the required linear relationship between variables, we predict a value and observe it later using linear regression formulas. The observations which are observed using linear models are denoted by “y”. The values which are predicted before the data analysis process are denoted by “ŷ”. The difference between observed values y and predicted values ŷ are termed as residuals. 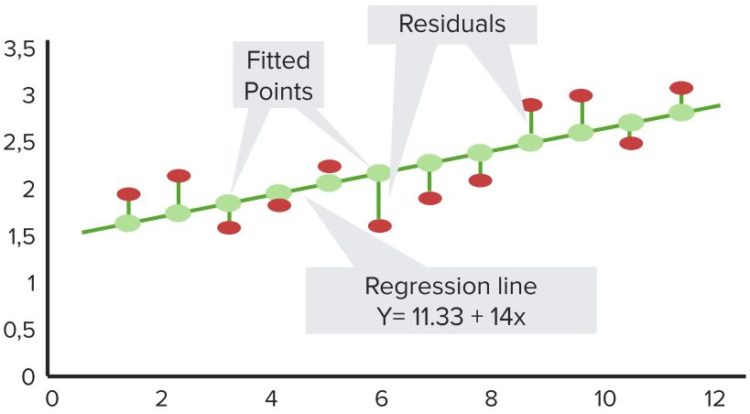 The regression line helps in finding out the line which minimizes the sum of all residuals. Eventually, positive residuals cancel the effect of negative residuals and the ultimate effect of residual is zero.

A regression line is the one which minimizes the sum of the squares of all residuals of available data. When we find out the line which plays the role of the regression line, it is considered a line of best fit or least square line.

The formula of the regression line is given as follows:

The formula of Y-intercept is the same as linear regression i.e. y = bx + a.

Using the slope to find the intercept

The slope of the data can be measured by analyzing data which is the steepest. The slope and intercept of an equation indicate the relationship between the independent and dependent variable. It finds out the average rate of change of variable. In case the magnitude has a huge slope, the regression line becomes steeper which indicates the higher rate of change.

This is the process of making predictions outside the values available of a given data. In case a prediction about the response variable is huge outside the range of given data; it becomes riskier and difficult to predict the continuation of a linear relationship between independent and dependent variables.

Using Regression as a Crystal Ball

While using regression as a crystal ball, it is relevant to find out which variable will play the role of a dependent value and which one will be taken as X or dependent variable. In order to find the best fitting lines for valuable predictions, the choice of X and Y makes a difference. In order to make a correct prediction regarding Y, the following conditions are required to be met:

In order to find the appropriateness of a linear regression model for making a prediction of response and explanatory variables, it is necessary to look at the distribution of residuals. If residuals show a normal distribution, the prediction about the response variable becomes easy and clear.

In case the residuals are not normally distributed, it indicates a deviation from linearity. Values are scattered and deviate from a straight line showing that the line is not the best fit.

There is no rule of thumb for a good value of R2 in the dataset. It varies from data to data. Scientific experimental data normally has R2 between 80 and 90%. Observations have shown lower R2 value is useful if lies between 30 and 50%.

In order to get effective results by the use of a linear regression model, the following four conditions should be met:

A scatterplot helps in finding out whether the regression line fits best in a straight line or not. If the scatterplot shows the dispersion of residuals, it should be stopped.

A scatterplot should be used to identify outliers. In case outliers are identified, the linear regression model does not work best with such data. Outliers are observations which show larger value than predictor values, response or dependent variable i.e. Y in this case.

The straight line of linear regression graph should be aligned with values of explanatory or independent variables (X).

In case any of the above given four conditions is missing, the data set is not suitable for linear regression model.

In case the following observations are noted from the residual plot, it indicates the violation of straight-line condition which is a worrisome factor:

Normally, the following mistakes are practiced by researchers while using the linear regression model which should be avoided to get the desired results.

Groß, J. & Markiewicz, A., 2004. Characterizations of admissible linear estimators in the linear model. Linear Algebra and its Applications, Volume 388, pp. 239-248.