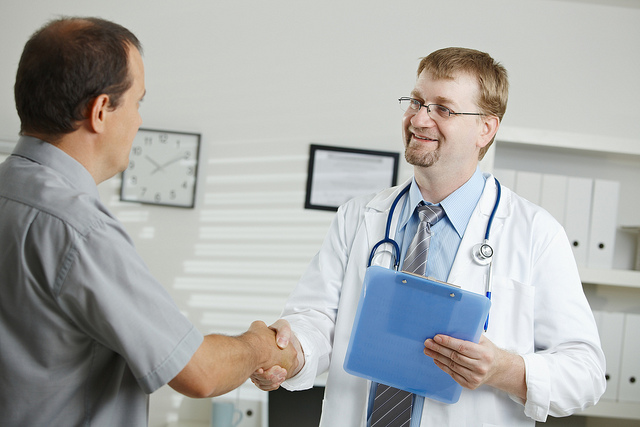 Components of the Limbic System 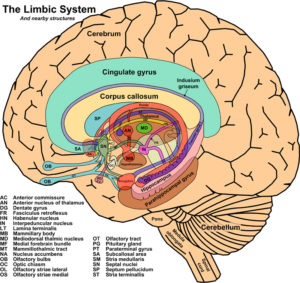 Other subcortical areas included are the septum, the para-olfactory area, the anterior nucleus of the thalamus, the basal ganglia, the hippocampus, and the amygdala.

Functions of the hypothalamus

The hypothalamus is an important brain structure that plays its role in the maintenance of homeostasis. It controls several internal conditions, such as control of body weight, drives to eat and drink, temperature regulation and maintenance of body fluids volume.

Stimulation of the lateral hypothalamus not only causes thirst and eating but also rage and fighting. Any lesions in this area will lead to decreased drinking and eating causing lethal starvation.

Similarly, the stimulation of the ventromedial nucleus provokes a sense of satiety and tranquility. If this area of the hypothalamus is damaged, it will result in excessive eating, drinking, and hyperactivity.

The stimulation of the thin zone of the periventricular nucleus leads to fear and punishment reactions. 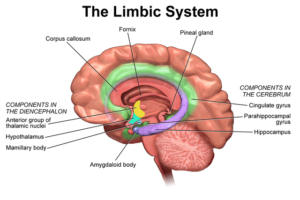 Functions of the amygdala

The amygdala has an enormous bidirectional connection with the hypothalamus. It receives neuronal signals from all portions of the limbic cortex, as well as from the auditory and visual association areas. It is therefore referred to as the ‘window’ through which the limbic system sees the place of a person in the world.

It sends outward signals to the hypothalamus, thalamus, hippocampus, septum and the same cortical areas through which it has received the sensory signals. The amygdala works in collaboration with the hypothalamus. Its stimulation can also provoke feelings of rage, punishment, fear, and escape.

Different types of involuntary movements, such as tonic movements, clonic rhythmic movements, and movements associated with eating and olfaction are controlled by the amygdala. Certain portions of the amygdala once stimulated, are involved in sexual activities such as erection and ejaculation in males and ovulation and uterine contractility in females and may also cause abortion.

Like the hippocampus, the amygdala seems to have processes that impact the episodic autobiographic memory networks.

Functions of the hippocampus

The hippocampus also receives incoming signals from other structures of the brain and sends outgoing signals to other parts of the limbic system. Its stimulation causes similar responses to that of the amygdala, such as rage, passivity, excess sex drive and so forth.

A weak electrical stimulation of the hippocampus may cause local epileptic seizures that last for a few seconds, even after the stimulation is over. During hippocampal seizures, a patient may experience various psychomotor effects and hallucinations. Even if the person is conscious and knows them to be unreal, these effects cannot be suppressed.

The hippocampus also plays an important role in the formation of long-term memory. This is evident by the fact that patients who had undergone bilateral hippocampus removal for the treatment of epilepsy were unable to remember the names of the persons they met after the surgery. The pre-operative memories, however, remain unaffected. This showed that it was responsible for making new memories.

As mentioned earlier, the feelings of reward and punishment are the ‘immediate memory’ which needs to be converted into ‘a secondary memory.’ When the same stimulus is given over and over again, a permanent perception is made in the brain regarding that particular stimulus as either ‘a reward’ or ‘a punishment.’ This is the transmission of immediate memory into secondary memory and is also performed by the hippocampus.

Functions of the limbic cortex

The cingulate gyrus is responsible for linking the olfactory and visual signals to the previous memories and emotions. It also plays a role in aggression. If the posterior portion of the orbital frontal gyrus is ablated bilaterally, it results in severe anosmia and motor restlessness. Ablation of the cingulate gyri and the subcallosal gyri release the inhibitory signals on the septum and the hypothalamus and results in extreme rage and aggressive behavior.

Functions of the basal ganglia

It includes the caudate nucleus, the putamen, Globus pallidus, and substancia nigra. It lies over the sides of the limbic system and is tightly connected to the cortex above. It is involved in rule-based learning. It also controls the initiation of desired movements while inhibiting the undesired movements at the same time. The working memory and attention span are also under the influence of the basal ganglia.

Wernicke-Korsakoff-Syndrome is a combination of two different medical conditions; namely, Wernicke’s encephalopathy and Korsakoff syndrome. Both of them result in brain damage due to a deficiency of Vitamin B1 (Thiamine). In Wernicke’s encephalopathy, the thalamus and the hypothalamus are damaged, while in Korsakoff syndrome, the area of the brain involved in memory is permanently impaired.

Wernicke-Korsakoff syndrome arises from thiamine deficiency that is very common in :

In Wernicke’s encephalopathy, the patient presents with the classic triad of confusion, ataxia, and nystagmus. However, other variants are also possible such as loss of muscle activity and visual disturbances, such as abnormal eye movements, diplopia, and drooping of eyelids.

In Korsakoff syndrome, loss of memory, hallucinations, and confabulation are the presenting complaints for which the patient is brought for the medical check-up.

Examination and investigation of Wernicke-Korsakoff syndrome

The examination of the ocular movements, muscle power, reflexes, gait, and co-ordination give clues to the appropriate diagnosis.

The classical laboratory findings are low levels of Vitamin B1 and albumin in serum. The transketolase activity is also reduced in the red blood cells. In addition, liver enzymes are often deranged in chronic alcohol abusers.

The patient is hospitalized if unconscious or in delirium. An Intravenous or intramuscular dose of thiamine is given which may improve the symptoms of confusion, ocular movements and muscle power; however, the loss of memory cannot be reverted. Improvement of nutrition and thiamine supplements and stopping alcohol intake may prevent further damage to the brain.

In alcoholics, thiamine should be administered before glucose since the administration of glucose takes up the remaining thiamine and tips of the patient to the most severe form of Korsakoff psychosis.

Klüver-Bucy syndrome is a rare neuro-behavioral syndrome that results from bilateral lesions in the amygdaloid body, located in the temporal lobe. The figure below shows the site of lesion in the brain. 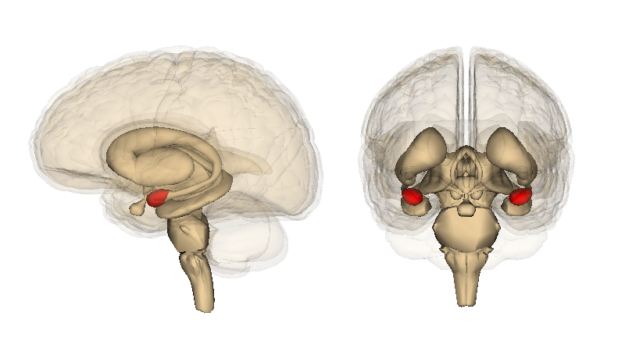 Examination and investigation of Klüver-Bucy syndrome

The diagnosis is based upon the clinical signs and symptoms. Brain imaging is helpful in locating the site of lesions.

No definite treatment is available; only supportive and symptomatic treatment is given. Patients undergo psychotherapy sessions and are also being assisted in their daily activities. Carbamazepine, an antipsychotic drug, has shown clinical improvement in the symptoms.

Alzheimer’s disease is a chronic neurodegenerative disease affecting individuals in their 40’s. According to the cholinergic hypothesis, it results due to a deficiency of a neurotransmitter, acetylcholine. There is loss of neurons in the cerebral cortex and certain subcortical regions, resulting in gross atrophy and degenerative changes of the affected regions as shown in the figure below.

Image: “Diagram of a healthy brain compared to one with Alzheimer’s disease.” by derivative work: Garrondo (talk) SEVERESLICE_HIGH.JPG: ADEAR: “Alzheimer’s Disease Education and Referral Center, a service of the National Institute on Aging.” License: Public Domain

The exact cause of Alzheimer’s is unknown; however, genetics is thought to play a vital role. Several genes may be involved. There are other risk factors such as trauma and head injuries, depressive disorders and hypertension.

As mentioned earlier, the onset of the disease begins with mild symptoms. Patients often complain of short-term memory loss, disorientation, mood swings and loss of motivation.

As the disease progresses, their language is reduced from simple phrases to complete loss of speech. They become completely bed-bound and dependent upon caregivers. Further worsening symptoms are extreme apathy, lack of mobility, dementia, and exhaustion, eventually leading to death. The progression of the disease is shown in the image below.

Examination and investigation of Alzheimer’s Disease

History of the patient and clinical examination are the major clues to the diagnosis of Alzheimer’s disease. Brain imaging, such as CT and MRI scans, are used to exclude other brain lesions and causes of dementia.

Four acetylcholinesterase inhibitors namely rivastigmine, donepezil, galantamine and tacrine and memantine, which is an NMDA receptor antagonist, are currently in use to improve the cognitive functions.

These medications, however, do not halt the progression of the disease. Psychosocial interventions, such as supportive psychotherapy and simulated presence therapy, are often done as an adjunct therapy. Antipsychotic drugs may be used modestly because of their adverse effects.