Laryngomalacia and Tracheomalacia — Diagnosis and Treatment 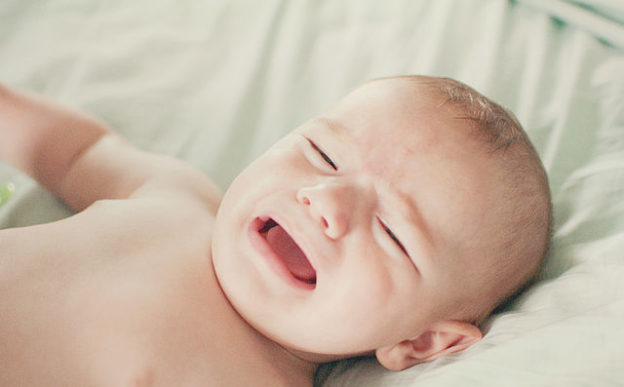 Laryngomalacia is a congenital anomaly that is characterized by the collapse of the supraglottic regions during inspiration due to the immaturity of the laryngeal cartilage which is responsible for the supporting of the larynx. Due to the collapse of the supraglottic structures during inspiration, children with laryngomalacia develop congenital stridor.

Tracheomalacia, on the other hand, is also a congenital anomaly of poorly developed tracheal cartilage. Because of the absence of tracheal cartilage, the trachea can collapse during coughing, crying or feeding.

Tracheomalacia can be classified into three distinct types.

Epidemiology of Laryngomalacia and Tracheomalacia

Laryngomalacia has been reported to have an equal incidence in both sexes without any ethnic differences. Laryngomalacia does not cause any symptoms until the airflow through the upper airway passages is large and strong enough to cause audible stridor; therefore, most cases are diagnosed after one month of age with a peak of reported cases within the 6 to 8 months’ age group.

Etiology and Pathophysiology of Laryngomalacia and Tracheomalacia

Laryngomalacia is caused by the presence of an immature epiglottis, arytenoid cartilages. 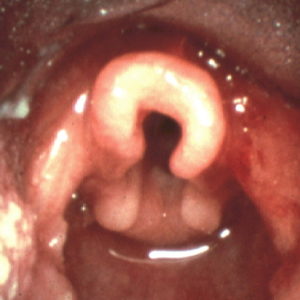 or both. Due to the immaturity of these supraglottic structures, they are prone to collapse and obstruct the larynx during inspiration. When this happens, inspiratory stridor can be heard and the child might become hypoxemic.

Laryngomalacia can involve the aryepiglottic folds where they are tight and shortened. In other cases, the soft tissue in the supraglottic region is redundant and more likely to collapse during inspiration. In a few cases, the etiology of laryngomalacia might be attributed to chronic gastroesophageal reflux disease and inflammation.

In case of reflux laryngitis, the term used for inflammatory laryngomalacia, the stridor is usually worse when the infant is in the supine position because of the increased amount and degree of acid reflux when the child is in that position.

Infants with laryngomalacia who develop significant hypoxemia usually have an increased blood return to the pulmonary vasculature which is associated with an increased risk of pulmonary arterial hypertension.

Tracheomalacia can be caused by three different types of anomalies:

The main pathologic change observed in tracheomalacia is the absence of the tracheal cartilage in the posterior wall of the trachea. The deficiency of the supporting cartilage is responsible for the increased elasticity of the trachea and can be associated with tracheal collapse and upper airway obstruction.

Clinical Presentation of Laryngomalacia and Tracheomalacia

Symptoms of laryngomalacia usually start within the first two months of life, typically after four weeks since birth. The most common presentation is inspiratory stridor. Stridor is usually exaggerated when the baby is in a supine position, or when the baby develops an upper respiratory tract infection. Feeding intolerance is not observed in infants with laryngomalacia, except for the occasional coughing.

Physical examination of an infant with laryngomalacia usually reveals a healthy infant with normal vital signs and normal growth. Tachypnea might be present in some cases. Hypoxemia is rarely seen unless the infant has an ongoing upper respiratory tract infection or a severe form of laryngomalacia.

Tracheomalacia usually presents earlier compared to laryngomalacia unless it is an acquired abnormality. The stridor is typically expiratory rather than inspiratory. Tracheomalacia is more likely to be an acquired anomaly, especially in older children, and history taking should focus on the most common etiologies of acquired tracheomalacia, i.e. chest trauma, prolonged intubation, and recurrent tracheal infections or inflammation due to gastroesophageal reflux disease.

Abnormal findings on their physical examination. They can have inspiratory retractions of the supraclavicular and intercostal spaces. Failure to thrive can be seen in young infants with tracheomalacia. Thoracic deformities can be observed on chest inspection in children with chronic tracheomalacia.

Diagnostic Workup for Laryngomalacia and Tracheomalacia

Any infant who presents to the emergency department with increased respiratory effort, tachypnea, inspiratory stridor or expiratory breathing noises should have his or her oxygen saturation level determined to exclude hypoxemia.

Chest radiography is not helpful in most cases of laryngomalacia but can help in the exclusion of other causes of inspiratory stridor, such as the inhalation of a foreign body. When foreign bodies lodge within the bronchial tree, the lung tissue distal to the obstructed bronchus can collapse and atelectasis might develop.

While fluoroscopy might reveal supraglottic structures collapse during inspiration in infants with laryngomalacia, the diagnosis is usually confirmed by laryngoscopy or bronchoscopy. Direct visualization of the upper airway reveals enlarged arytenoid cartilage or a redundant epiglottis that obstruct the larynx during inspiration.

Infants with inspiratory stridor that is worse in the supine position who have a normal physical examination otherwise can be presumed to have laryngomalacia without performing any invasive diagnostic tests such as laryngoscopy or bronchoscopy.

On the other hand, tracheomalacia is a condition that is more serious and can be associated with impaired growth and severe hypoxemia in affected children; therefore, advanced imaging studies, such as cinefluoroscopy, are usually indicated to confirm the diagnosis.

Cinefluoroscopy is an imaging modality where contrast is injected within the esophagus and the child is asked to cough. Half to complete collapse of the tracheal lumen on cinefluoroscopy during coughing is diagnostic of tracheomalacia.

Ultrafast computed tomography scanning of the trachea can also reveal the dynamicity of the condition. The trachea is observed to undergo significant collapse during expiration. The diagnosis of tracheomalacia can be also confirmed by bronchoscopy.

Treatment of Laryngomalacia and Tracheomalacia

In most cases of laryngomalacia, no medical or surgical intervention is needed. Almost, all infants with laryngomalacia have complete resolution of their symptoms after 2 years of age without any specific intervention or treatment.

In a few cases of laryngomalacia, the symptoms of the disease disappear by the age of 2 years but the lesion persists. In this group of patients, inspiratory stridor can recur once they develop an upper respiratory tract infection, but this is usually temporary.

Children with severe hypoxemia, apnea and/or cyanosis during sleep due to laryngomalacia might benefit from a supraglottoplasty. Additionally, children with laryngomalacia and recurrent hypoxemia should receive supplemental oxygen therapy to prevent pulmonary arterial hypertension.

Due to the causative association between reflux laryngitis and laryngomalacia, the use of proton pump inhibitors in cases of moderate to severe laryngomalacia due to gastroesophageal reflux disease might be beneficial.

Tracheomalacia treatment depends on the condition’s severity and the type of anomaly.

Medical treatment of mild tracheomalacia consists of repeated and close follow-ups, the use of humidified air, and chest physiotherapy. Continuous positive airway pressure therapy should be used only as a short-term intervention in children with an acute exacerbation of their symptoms, i.e. during an active infection.