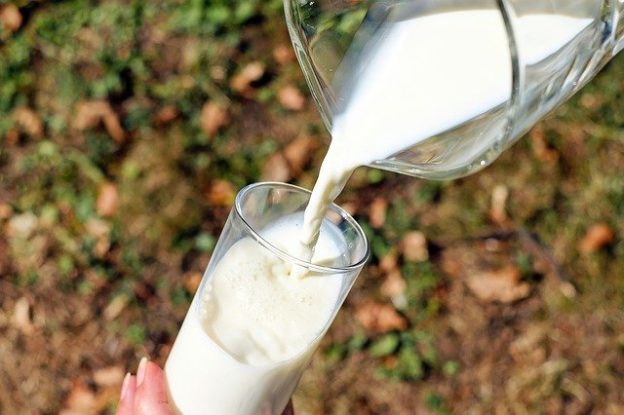 Image from Couleur on Pixabay

Lactose intolerance is a digestive disorder which prevents the body from digesting lactose, a type of sugar found in milk and milk products.

Lactose intolerance is caused by a deficiency of the enzyme lactase. The enzyme cleaves the disaccharide lactose in the small intestine. Lactase is essential for the digestion of lactose because the intestine can absorb sugar molecules only in the form of monosaccharides. 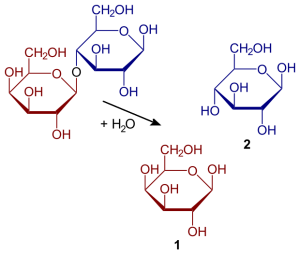 Many people have lactose intolerance, which is caused by a lack of lactase when the mucosal cells of the small intestine are unable to produce sufficient amounts of lactase. Lactase has a strong osmotic effect and causes diarrhea. If lactase enters the colon, it is cleaved by intestinal bacteria. The process produces gases, which lead to flatulence.

Congenital lactose intolerance is very rare in healthy infants. Very few infants are born with alactasia, which involves an inability to tolerate the mother’s milk, which contains lactose. Such infants develop serious diseases if not treated in time.

Lactose intolerance has primary and secondary causes. Primary causes are either hereditary (rare) and present from birth or due to continuously decreased activity of lactase after infancy. The latter type of lactose intolerance is called adult lactase deficiency.

Secondary types are caused by gastrointestinal diseases due to injuries of the mucosa of the small intestine. Secondary lactose intolerance can be caused, for example, by celiac disease, enteritis, immunoglobulin A deficiency, or short bowel syndrome.

Symptoms and Pathology of Lactose Intolerance

Symptoms occur within an hour of consumption of food containing lactose.

Lactose intolerance frequently manifests itself in childhood and adolescence; however, secondary types can occur at any age.

Undigested lactose enters the colon directly via the small intestine. Subsequently, the lactose is fermented by bacteria, which produces gases (hydrogen and carbon dioxide) and causes the following symptoms:

Lactose has strong osmotic effects and binds water. The process results in increased water flow from the tissue inside the colon, which causes more fluid stools and acceleration of the vermicular movement of the intestine, leading to diarrhea.

Symptoms can be very mild or very severe, and sever symptoms might require medical help.

A commonly used examination for diagnosis of lactose intolerance is the hydrogen breath test. Only a little hydrogen can be detected in the breath of people with sufficient amounts of lactase.

Hydrogen is one of the gases formed in the bacterial fermentation process of undigested lactose in the colon. Hydrogen is reabsorbed by the intestine and transported via the bloodstream to the lungs, then exhaled.

Note: For examinations, only the hydrogen breath test is relevant in diagnosis.

The most useful therapy is to refrain from consuming lactose. Every patient can test his or her own tolerance limits during that process.

Those suffering from lactose intolerance can use food supplements such as lactase pills, which aid the digestion of lactose. However, such patients should still try to adhere to lactose-free nutrition when possible.

Calcium is a very important mineral required by the body. Because calcium is found in milk and milk products, patients with lactose intolerance must meet their calcium requirements from alternative sources, such as:

If a patient lactose intolerance develops calcium deficiency, the following complications may occur: