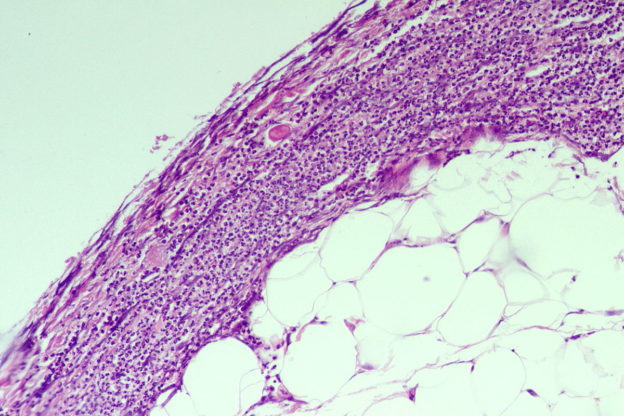 Ischemic colitis refers to extensive intestine inflammation because of occlusion, limiting the blood supply to the superior or inferior mesenteric arteries. The causes of occlusion include chronic cardiovascular disorders, thrombophilia, or small- and medium-vessel vasculitis. Risk factors include taking oral contraceptive pills and aging. There might be severe abdominal pain or shock due to necrosis from arterial occlusion and inadequate blood flow to the bowel.

One in 1,000 hospitalizations worldwide is attributed to ischemic colitis. This figure is underestimated due to the mild or transient forms of the nature of the disease.

Presentation of Patients with Ischemic Colitis

The condition is sometimes hard to diagnose because of non-specific symptoms, such as an acute onset of pain in the left iliac fossa, diarrhea, fever, nausea, and vomiting. The stool often contains blood and mucus. Other symptoms include: 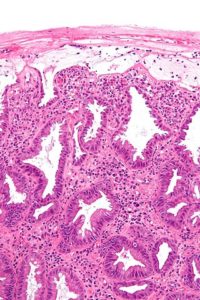 AMAE has the most painful onset, followed by cardiac symptoms such as atrial fibrillation and myocardial ischemia (MI). Also, there may be a history of heart valve disease or a previous incidence of emboli. There may also be an “abdominal attack” that includes nausea and vomiting.

This occlusion occurs when atherosclerotic emboli block the lumen of the colon vessels due to acute MI (drop in cardiac output), congestive heart failure, and ruptured plaque. This condition is accompanied by severe diffuse pain, usually after a meal (10-15 minutes after).  It can last for several hours: growing nausea, vomiting, altered bowel habits, “fear” of food, and early satiety.

This is very common in the elderly and usually represents the after-effect of conditions, such as respiratory failure or shock (sepsis or MI), followed by severe hypotension or digitalis intake. This type of colonic vessel obstruction typically manifests with vomiting accompanied by pain, dizziness, tachycardia, hypotension, and hematochezia.

This type of ischemic colitis is more common in younger patients and features acute or subacute pain. The occlusion affects the small intestine rather than the colon. MVT can be difficult to manage since the full range of occlusion symptoms takes weeks to develop.

Hypercoagulability always presents in these patients’ history due to the continuous use of contraceptive pills, pulmonary embolism, cancer, liver pathology, pancreatitis, intra-abdominal infection, or portacaval surgery.

The most prominent symptom of the condition is the pain that manifests in various forms: moderate-to-severe, diffuse or localized, persistent or colicky. The pain does not respond to painkillers and opioids. Also, the disease onset depends on the allocation of the occlusion in the colon and the disease stage.

ECG is used to rule out MI, atrial fibrillation, and aortic aneurysm.

Plain abdominal radiography will rule out a colon infarction. It is very informative since it may indicate particular non-specific findings, such as bowel wall thickening (commonly known as “thumb-printing”), which is a distinguishing feature of the disease (due to mucosal edema/hemorrhage). Other signs include air-filled loops, colonic peristalsis, mural thickening, and intramural pneumatosis.

Barium enema: in 90% of ischemic colitis cases, this study reveals abnormal findings; however, it is rarely used for diagnosis. There may be a segmental region of abnormality, “thumb-printing,” ulcerations, spasms, and strictures due to fibrosis.

Ultrasound: This examination method is uncommon because of bowel gas; however, reduced peristalsis may be observed. Edema produces a hypoechoic wall. Places of increased echogenicity indicate hemorrhages.

Colonoscopy: This is one of the most informative examinations for ischemic colitis that reflects the bowel walls’ intrinsic pathophysiological picture.

Treatment depends on the severity of the condition and complications that may occur without prompt therapy.

The transient stage requires little intervention; these patients are closely observed on an outpatient basis and prescribed antibiotics and liquid diets.

Later stages of the disease require:

The indication for surgery is supported by underlying conditions, such as hypotension and heart disease. The colon is affected by the occlusion of the arteries, leading to ischemia, necrosis, and, consequently, gangrene. Surgery is necessary to:

In more severe cases, complications may include:

Nearly all people affected by ischemic colitis improve and recover over several weeks of treatment. The most common complication after surgical intervention is scarring, which can also be treated surgically to remove the scar tissue.

Ischemic colitis: Clinical practice in diagnosis and treatment via nih.gov