Are you more of a visual learner? Check out our online video lectures and start your musculoskeletal physiology course now for free! 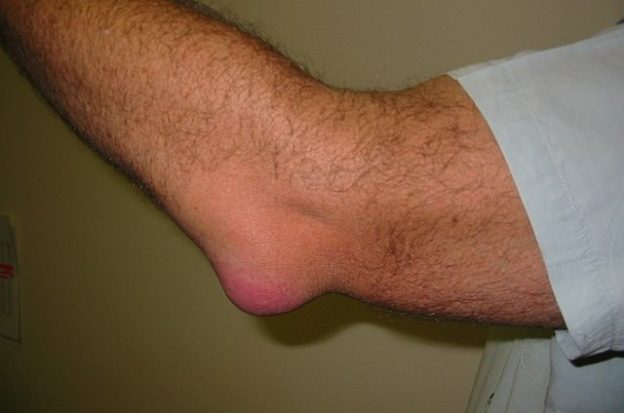 An Introduction to Rheumatology

Rheumatology is the branch of medicine associated with evaluation and treatment of people have disorders of muscles and joints including autoimmune diseases. Most rheumatological disorders have local effects on the involved joints in addition to systemic features. Therefore, when assessing a patient with a rheumatological disorder, it is important to focus on the local structures involved in the disease in addition to following a systematic approach to exploring any associated systemic features.

Pain is a common symptom of rheumatological disorders. Pain might be caused by either nerve damage or tissue damage. Pain due to nerve damage is known as neuropathic pain and is not covered in this article. Nociceptive pain is the term experts use to refer to pain related to tissue damage. Inflammation and infection are two common causes of tissue damage and both can present with pain.

In large joints, there are many structures that can become inflamed and cause musculoskeletal pain. In a patient with the rheumatological disorder, the pain might be caused by bursitis, enthesitis, tendinitis, tenosynovitis, synovitis, ligamentous injury, capsulitis, or capsule injury.

The physical examination in rheumatology is the same as that of orthopedics and can be summarized in three words: look, feel, and move.

You should look for the following abnormalities/changes in your physical examination:

You should feel the following abnormalities in your physical examination:

Finally, you should move the joints to see if one can elicit or relieve the patient’s pain. The range of motion of a joint can be tested with an active and passive movement that can help the physician to assess the disability and deformity caused by the illness.

Connective tissue diseases are also considered as rheumatological disorders. They can also present with arthritis:

Vasculitis is a group of inflammatory conditions that are characterized by the inflammation of small, middle, and/or large blood vessels. They include:

Gout is characterized by the deposition of monosodium urate crystals in the bone, joints, and soft tissue. Patients might develop severe bone and joint destruction. Gout is considered a disorder of metabolism permitting uric acid or urate to accumulate in tissues and blood. There are usually elevated serum levels of urate. This happens due to either too much intake of uric acids and the inability of the kidney to excrete them completely.  When tissues are fully saturated, the urate salts precipitate, creating crystal-like structures. These crystals deposit in the skin and other tissues of joints termed as tophi. These crystals are less soluble under acidic conditions and low temperatures, as evidently observed in cool, peripheral joints, for example, the metatarsophalangeal joint of the big toe.

Gout is managed through the following three stages:

Treatment of an Acute Gout Attack

Oral prednisone might be needed in complicated cases that are not responsive to nonsteroidal anti-inflammatory drugs alone. NSAIDs are not recommended for the patients having a history of renal or hepatic disease, bleeding problems or ulcers in the stomach and cardiovascular disease. Colchicine is quite effective in managing the acute attacks of gout, especially if started within the first 24 hours of symptoms’ onset.

The long-term management of gout focuses on reducing serum uric acid levels. This is achieved with allopurinol or any of the newer uric acid reducing agents:

Conditions associated with crystal deposition pose an increased risk of osteoarthritis. Pseudogout is more common in the elderly and its symptoms resemble symptoms of osteoarthritis or rheumatoid arthritis that are long-lasting. The synovial fluid contains the characteristic crystals and is usually blood-stained. Soft-tissue calcifications can be readily seen on plain radiography of the affected joint. The joints that are most commonly affected by pseudogout are shoulders, elbows, wrists, hands, ankles, and others.

The main focus of the treatment is a cessation of the inflammation. The treatment of pseudogout is usually more aggressive than that of gout and usually includes combination therapy. Nonsteroidal anti-inflammatory drugs are usually combined with a corticosteroid for optimum efficacy. If there is significant joint effusion, joint aspiration might be needed. Cortisone injection can help in reducing inflammation.

Colchicine is given in small daily doses with optimal hydration to ensure long-term prevention of recurrent pseudogout.

University of Pretoria, Department of Library Services, An Introduction to Rheumatology