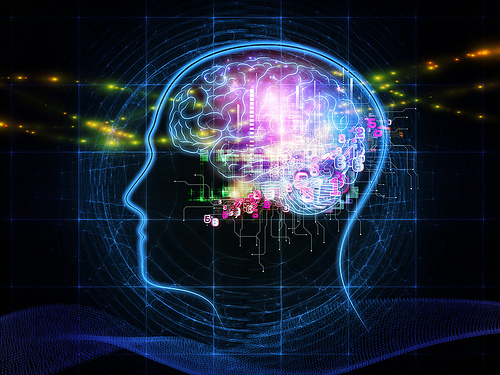 There is still no standardized scientific definition for the term ‘intelligence’. W. Stern (1911), a pioneer in the field of intelligence, defined intelligence as the ‘general capacity of an individual to consciously adjust his thinking to new requirements’. Intelligence is a hypothetical construct that can only be observed in behavior. Read here about methodological basics.

The term intelligence comprises verbal and mathematical abilities as well as logical reasoning.

The classical IQ by Binet and Stern 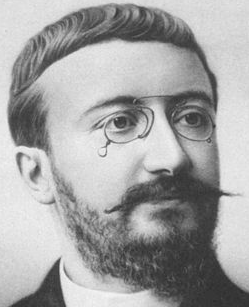 Binet was one of the first persons that attempted to make intelligence measurable. At the beginning of the 20th century, he was commissioned to develop an intelligence test to measure the intellectual capacity of school children. The goal of the test was to identify children with learning disabilities in order to provide them with special individualized help.

The level of difficulty of the test was scaled in ascending order and was supposed to assess the intellectual age of a child with tasks usually passed by 6-year-olds, 7-year-olds, etc.

Based on Binet’s work, Stern developed the classic intelligence quotient (IQ), which is, however, not applicable to adults.

The deviation IQ by Wechsler

David Wechsler later developed as an alternative—the deviation IQ, which is still the most common type of intelligence measurement today. The subject’s score on the intelligence test is compared to the average IQ of people of the same age (the average is standardized to 100 points).

The quotient reflects the subject’s relative position within the selected reference group (e.g., high school students, children in special schools of the same age). Scores obtained from different reference groups are not directly comparable. One similarity between the deviation IQ and the classic IQ is that both compare the test performance with the respective age group.

The 4 Most Important Models of Intelligence

Spearman observed that subjects who were able to easily solve intelligence tasks (calculating) also scored high on other tasks (picture arrangements). From this, he concluded that there must be an inherent cognitive ability.

This intelligence is active in the performance of any task, independent of the type of task. Spearman called this basic ability the general factor of intelligence—the g factor. In hierarchical terms, this g factor is placed above the s factors.

For specific intelligence performances, s factors are necessary. Spearman argued that these s factors do not correlate with each other, meaning that an individual does not necessarily have to perform well or badly in multiple specific areas. 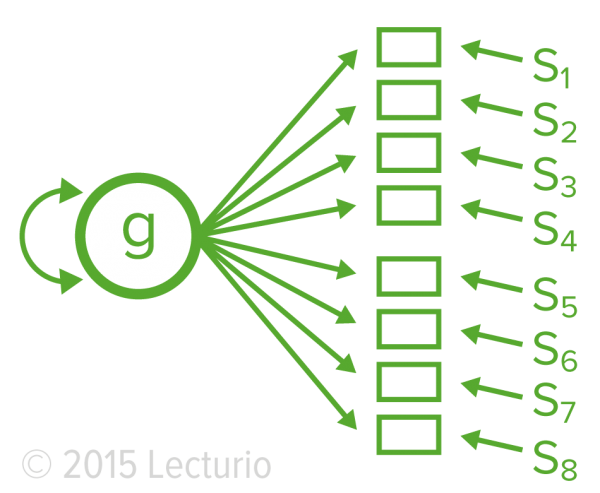 Multiple-factor theory of intelligence by Thurstone (1938)

In German-speaking countries, intelligence research was strongly influenced by Jäger’s descriptive model which can be divided into 2 modalities: operational abilities and content-related abilities. Like Spearman, Jäger assumed a superior general factor g. The Berlin Model of Intelligence Structure (BIS) is derived directly from Jäger’s model.

Model of fluid and crystallized intelligence by Cattell (1971)

The proportion of older people in the population is continually increasing and understanding the development of intelligence in old age is becoming a focus of medicine and research. Old people notably differ in their degree of cognitive abilities. For the most part, training, not age, is crucial.

Average values regarding the development of intelligence:

Intelligence tests are psychological methods for assessing cognitive performances or intelligence, which is characterized as IQ. These tests are always standardized to a group, meaning that the results of the tests have a normal distribution in a certain population and the result of an individual is always a comparison with other individuals within this group.

To date, the Wechsler Intelligence Scale for Children (WISC) and adults (WAIS), developed by the psychologist David Wechsler, is the most commonly used intelligence test. It is based on the general factor by Spearman and is broadly divided into a verbal subtest and a performance subtest. Accordingly, a verbal IQ and a performance IQ are calculated; their mean makes the full-scale IQ.

The different subtests test for:

The test is suitable for assessing the general cognitive state of development and for the examination of age-, environment-, or disease-related performance impairments in specific areas.

WIS represents an individual test where a subject is tested by an examiner. The test takes about 60–90 minutes. In order to ensure the objectivity of the administration, the examiner follows highly standardized instructions. Furthermore, WIS expresses a culture-independent assessment of intelligence.

Note: General knowledge (i.e., ‘information’) and vocabulary of the WIS are standardized to specific groups who lived and grew up in specific countries and received a specific education (e.g., the WISC-IV US standardization sample consisted of 2,200 children between the ages of 6 and 16 years). Hence, the test must consistently be revised in order to exclude obsolete questions and wordings.

The mean WIS score is 100 points, the standard deviation is 15 points, and its design precludes gender differences. Furthermore, there are versions for adults, school children, and preschool children. The IQ is taken from the averaged verbal and performance subtests.

Examples of tasks included in WIS

The Intelligence Structure Test (IST) is based on the multiple-factor theory by Thurstone and is designed to be a group test that can be taken individually. It comprises verbal, pictorial, and numerical subtests; a newer version of IST 2000 also tests for memory. From the verbal, pictorial, and numerical factors, a secondary factor—reasoning is calculated. The administration of IST lasts around 90 minutes and can be taken by pen and paper or on the computer.

The objectivity of IST is very high because the subjects work individually without the interference of an examiner.

The mean IST score is 100 points and the standard deviation is 10 points. An overall IQ cannot be determined from IST; it only yields values for the separate subtests. 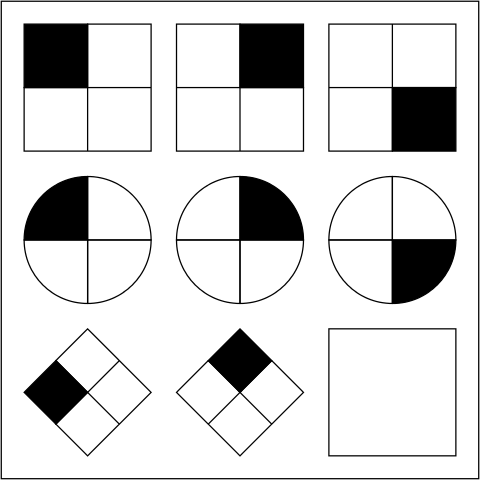 The progressive matrices test by Raven is a nonverbal multiple-choice intelligence test. During World War II, every draftee underwent the progressive matrices test, independent of literacy. The tasks of the test are based on understanding a present pattern and selecting the missing piece from a series of several provided pieces. There are 3 different types of matrices: standard, colored, and advanced matrices.

In 2007, 2 studies concluded that people with Asperger syndrome or classic autism achieve higher scores on average on the progressive matrices test than on WIS.

The reason for assessments of intelligence is associated with the prediction of achievement variables: achievement in school, at work, in academics, etc. Students are divided into 2 groups, according to their achievements and intelligence:

In their studies, Dunning and Kruger were able to identify certain characteristics that are typically found in individuals who are unconsciously incompetent.