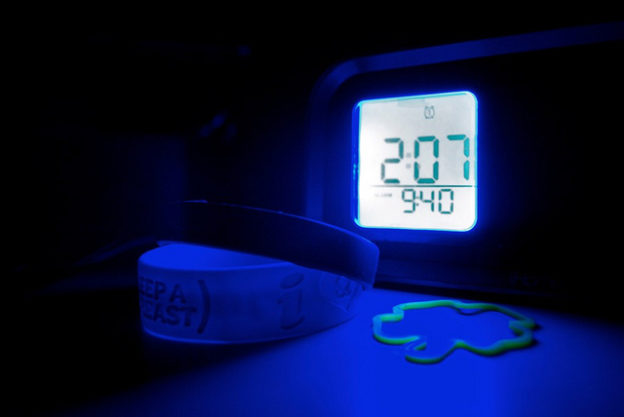 The worldwide incidence of insomnia, that is, people living with difficulty in sleeping, is about 30–35 %. Approximately 10 % of the population suffers from a chronic or severe sleeping disorder that requires medical attention. In England, a steady increase in insomnia prevalence has been reported over the years, with the rate standing at 38.6 % in 2016. The trend is believed to be reciprocated worldwide.

Insomnia often is associated with the female gender (they have 1.4 times the likelihood of developing insomnia), an increased age (more common beyond 60 years), the existence of depression or unemployment, as well as economic inactivity and divorced/separated couples.

According to the international classification of sleep disorders (ICSD–2) common etiologies of insomnia include the following nine main issues:

This form of insomnia is mainly characterized by a transient/short term state of lack of sleep for less than one month. It takes two forms:

This is an alteration in sleep quality or quantity for more than three nights in a week over a month or longer. It is commonly associated with a medical or psychiatric condition and can be classified into:

This is insomnia that is not associated with other health conditions.

This is a sleep disturbance in association with other medical or psychiatric conditions such as asthma, depression, cancer, and heartburn.

This state is seen when you have difficulties falling asleep despite feeling tired and sleepy. Normally, one takes 15–20 minutes to fall asleep after going to bed.

This is a type of insomnia where you have difficulty staying asleep. It is normal to wake up during sleep, but normal people hardly remember the interruption. In insomniacs, they remain awake for hours in the night and wake up in the morning while still feeling tired.

Neurophysiology of the sleep-wake cycle

The sleep- and wakefulness cycle is tightly controlled by the brain via response to environmental light and specific time in the 24-hour cycle. The brain’s sleep centers are in the pons, medulla, and hypothalamus. Communication exists between these regions and messages are carried via norepinephrine, serotonin, dopamine and acetylcholine neurotransmitters.

Sleep is thus regulated by homeostasis that induces sleep after long periods of wakefulness. This is achieved by activation of the inhibitory neurotransmitter GABA that inhibits wakefulness signals in the brainstem. The circadian rhythm, on the other hand, inhibits the homeostatic signal with the presence of environmental triggers such as light. This is achieved by activation of the suprachiasmatic nucleus that triggers inhibition of melatonin production from the pineal gland, causing wakefulness.

Normal sleep stages as characterized by polysomnography include the state of Wakefulness, Stages 1–4 NREM.

This stage describes a small increase in EEG amplitude with slowing of EEG frequency and represents the transition from wakefulness to sleep; it makes up 5 % of sleeping time.

Stage 2 NREM sleep is characterized by an increase in amplitude and further slowing of EEG frequencies, the presence of ‘K complexes’ (isolated large-amplitude slow waves) and ‘sleep spindles’ (episodic bursts of fast EEG activity) with a reduction in muscle tone.

In this stage is observed a large-amplitude, slow EEG activity also known as “slow-wave sleep” that comprises 20–50 % of a 30-second epoch, low muscle tone, and an EOG pattern that mirrors the EEG activity.

Stage 4 mainly contains stage 3’s sleep issues, except the delta activity constitutes > 50 % of an epoch. Both increase duration with sleep deprivation.
REM sleep represents 25 % of total sleep and is characterized by the occurrence of dreams and phasic rapid eye movement. The muscle tone is essentially absent. There is an increase in respiration and pulse rate with increased brain oxygenation.

Two theories have been put forward to explain the occurrence of insomnia, and both agree that the sleep disorder arises from the interaction of biological, physical, psychological and environmental factors.

This theory postulates that patients suffering from insomnia have increased brain arousal during NREM sleep, thus they have reduced activation of key brain areas, which, once activated, cause inhibition of brain pathways and induce sleep.
This is supported by the fact that they have higher levels of temperature, cortisol, ACTH, and adrenaline which increase arousal. Normal people that are deprived of sleep do not demonstrate hyperarousal. This indicates that insomnia has an underlying hyperarousal state.

This theory states that insomnia has a predisposing factor, such as genetic predisposition among family members, that interacts with precipitating factors such as bereavement, depression and medical conditions. In the presence of perpetuating factors such as cognition and behavioral response that alters homeostasis (daytime nap), chronic insomnia is induced that is irreversible even with the removal of the precipitant.

The diagnosis of these patients heavily relies on thorough history taking.

A sleep history provides the assessment of sleeping patterns, such as a two-week sleep log to define patterns of sleep and day activities. These include sleep hygiene trends such as day time naps, caffeine intake, watching television in bed and daytime tiredness, as well as any history of awakening at night and difficulty falling back asleep. That includes any kind of disturbances during sleep, such as noisy and lighted rooms.

A medical history provides any history of known medical conditions that may induce insomnia. This is usually done with a general medical questionnaire that contains relevant indicators, such as any bothering pain, known malignancy or chronic disease that may cause discomfort, as well as the history of medication use such as theophylline and antidepressants that would alter the sleep pattern.

A general psychiatric questionnaire exists to rule out any mental illnesses that may predispose one to insomnia. It includes:

Loss of interest or low mood

Note: the patients should be examined for findings that may indicate the cause of insomnia, such as inadequate airway in obstructive sleep apnea.

The treatment of the disease entails non-pharmacological approaches such as sleep hygiene and behavioral therapy or pharmacological therapy with benzodiazepines. The disease is commonly associated with anxiety and depression which should be managed, too.

The doctor-patient relationship is important in treating and preventing the emergence of complications such as psychological dependence and misuse of hypnotics.
Counseling and psychotherapy are useful, especially when the cause is identified as anxiety, depression or emotional instability. This treatment can be instituted together with other therapies.

The patient is trained to associate the bed with sleep and sexual activities only. This is achieved by going to bed when sleepy, refraining from day time naps and engaging in light soothing activities such as knitting and listening to soft music while waiting to get sleepy instead of lying in bed awake.

With this therapy, the hours in bed are controlled, and thus sleep latency is shortened, efficiency increased and bedtime gradually increases.

Note: Engage your body in relaxing activities such as meditation and yoga that relieve tension on your body and relax your mind. They also help in initiating sleep.

The pills should be taken shortly before bedtime and in combination with other methods of sleep induction.

Over the counter sleep medications (scopolamine and diphenhydramine

They rely on the anti-histaminergic activity of the ingredients to induce drowsiness. Some are used in combination with analgesics such as acetaminophen or alcohol. Their effects are known to spill over into the next day causing a hangover effect.

Sedative hypnotic drugs (benzodiazepines such as estazolam, flurazepam, and quazepam)

Short-acting zolpidem and zaleplon are the first-line agents for the management of insomnia. They are administered for four weeks and are tapered off slowly to avoid adverse effects of rebound insomnia, hangover effect, dependence and alteration of memory.

Their mechanism of action is like that of benzodiazepines but they possess a safer drug profile.

It is the newest drug in use and mimics the body’s regulation of the hormone melatonin. It is best used for people with problems in initiating sleep and not good for those with trouble staying asleep. The drug has been associated with some level of dependence.

The medications used in the management of insomnia are associated with certain adverse effects:

To avoid these adverse effects, it’s recommended to taper the doses over several weeks.
If untreated, the condition leads to poor quality of life, inability to concentrate, loss of memory and increased mortality.