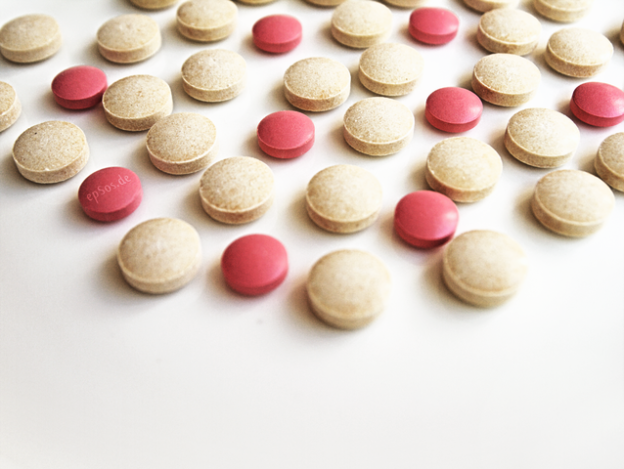 The normal value of the left ventricular ejection fraction is 55-70 %. In the case of heart failure, the ejection fraction reduces to 40 %. These percentages represent the amount of blood that is pumped out from the left ventricle with each heartbeat. If heart failure is not properly treated, in addition to morbidity, the chances of sudden cardiac death and cardiac arrest occur. 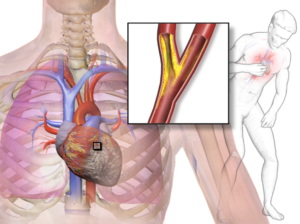 An Outline of the Pharmacological Treatment

The role of inotropes as an acute intravenous agent in patients with severe dysfunction of the myocardium, especially in the systolic phase, is well established. Digoxin remains the only drug that is used orally and widely for long-term chronic treatment with an inotropic agent. The other inotropic agents generally are given during the acute HF, or acute exacerbation, of chronic heart failure (CHF)+.

Mechanism of action of Digoxin

Pros & cons and the main indication of Digoxin

Digoxin is available in the oral form for the treatment of chronic heart failure. The serum digoxin level correlates with the safety of digoxin in the patients. The optimal level, to which digoxin is to be maintained, is from 0.5 to 0.8 ng/ml.

In patients with heart failure with reduced ejection fraction, along with atrial fibrillation and who do not have an additional conducting accessory pathway, IV digoxin might be used.

In addition to heart failure, it is also used in the case of supraventricular tachyarrhythmia.

Adverse and side effects related to Digoxin

This occurs, especially after the serum digoxin level is greater than 2 ng/ml.

The symptoms include loss of appetite, the sensation of vomiting, visual changes, and cardiac arrhythmias. The electrolyte imbalances like hypokalemia, hypomagnesemia, old age, and thin and lean body weight, are some of the risk factors for digoxin toxicity.

Classification and mechanism of action of phosphodiesterase-3 inhibitors

The drug achieves this by means of inhibiting the PDE-3 enzyme, which is responsible for the degradation of CAMP. The inhibition leads to the increase in the amount of CAMP, which, in turn, activates the cardiac calcium channels causing an increase in the influx of calcium from the sarcoplasmic reticulum by means of increasing phosphorylation through protein kinase A. In addition to just direct activation, the drug also has a calcium-induced calcium release (CICR) potentiation action. The additional action of vasodilation seen is because of the inhibition of the phosphodiesterase present in the vascular bed.

Pros & cons and the main indication of PDE-3 inhibitors

These drugs are especially used for the treatment of heart failure, along with the presence of cardiogenic shock. For intravenous Milrinone, though studies have shown that it improves the functional status of the heart in patients with advanced heart failure with reduced ejection fraction along with the reduction of hospitalization, some big trials like OPTIME-CHF have shown that it is associated with an increase in the risk of arrhythmia, hypotension, and in-hospital mortality. In OPTIME-CHF, the drug was investigated against the acute exacerbation of chronic CHF.

In a Cochrane review in which 21 clinical trials were reviewed, it was shown that the chronic use of phosphodiesterase inhibitors is to be discouraged and avoided. The use of PDE inhibitors was associated with an increase in the relative risk of 1.17 when compared to that of a placebo. The findings are confirmed in large trials like the PROMISE trial. The increase in the risk with chronic oral use is hypothesized due to the increase in the arrhythmia, though the exact mechanism is not known.

The combination of a beta-blocker and PDE inhibitor has shown good outcomes when used in advanced refractory and class 4 heart failure patients.

Adverse and side effects related to PDE-3 inhibitors

The drugs in this group cause a decrease in the platelets (thrombocytopenia), an abnormality of rhythm (arrhythmia), sudden death, vertigo, and the increase in the level of liver enzymes like transaminase. Though overall, Milrinone is deemed beneficial, and there are some studies to suggest that there is an increase in the arrhythmia risk following its use in cardiac surgery.

Classification and mechanism of action of Beta Receptor Agonists

Dobutamine, Dopamine and beta-blocker with intrinsic sympathomimetic activity like Xamoterol.

Pros & cons and the main indication of beta receptor agonists

In a landmark paper published in Circulation (although the sample size was less), it showed the effect of Dobutamine when given in a short duration of 3 days (rate of 5 microg/min), had the beneficial effect lasted for up to 4 weeks. This phenomenon is described as a ‘Dobutamine holiday’.

There are concerns regarding the use in the short term in acutely decompensated patients following a report of an increase in the mortality with the drug. Dobutamine and Milrinone are to be used as a bridge therapy before the instrumental (mechanical), and surgical therapy is started in advanced stage 4 heart disease patients. It can also be used as palliative therapy in non-responsive patients.

Adverse and side effects related to beta-receptor agonists

Side effects of Dopamine include anxiety, headache, the sensation of vomiting, angina, atrial fibrillation, widening of the QRS complex on the ECG and the extravasation of the drug, during administration, needs to be avoided.

The side effects of Dobutamine include ventricular premature contractions, palpitation, variation in blood pressure (both hypotension, as well as an increase in blood pressure), difficulty in breathing (dyspnoea), anginal pain, headache, nausea, and fever in some cases.

Classification and mechanism of action of calcium sensitizing agents

Levosimendan and pimobendan are the two drugs under this category. The troponin c in the sarcomere is responsible for binding to the calcium to bring about the contraction of the myocardial tissue.

The levosimendan, by binding to the troponin c in a calcium-dependent manner, increases the calcium sensitivity of the myocytes. Thus, it is described as a calcium-sensitizing agent. The drug also has an agonistic action on the ATP-dependent potassium channel and activates it. This leads to the efflux of potassium leading to hyperpolarization and relaxation of the blood vessel. This decreases the preload and the afterload on the heart.

In addition to the calcium-sensitizing effect, Pimobendan has the PDE-3 inhibitory activity. It is mainly approved for veterinary usage and is approved only in Japan for human use.

Pros & cons and the main indication of calcium sensitizing agents

The main indication for the use of Levosimendan is in severe CHF patients who are acutely decompensated. A recent meta-analysis conducted in 2016 clearly shows the beneficial effect of Levosimendan in terms of decreasing the mortality in patients with heart failure.

Adverse and side effects related to calcium sensitizing agents

A decrease in blood pressure, arrhythmias, ischemic attack of the myocardium, a decrease in the serum potassium level, nausea, and headache.

Mechanism of action of Sacubitril/Valsartan

The drug is a 1:1 combination of Angiotensin II receptor type 1 inhibitor, namely valsartan and the neprilysin inhibitor namely sacubitril. The neprilysin is involved in the breakdown of substances which causes vasodilation, like bradykinin and natriuretic peptide. The sacubitril causes an increase in the concentration of these substances.

The inhibition of the AT-II leads to the decrease in the aldosterone concentration and decreases the ECF volume with additional dilation of the blood vessel.

Pros & cons and the main indication of Sacubitril/Valsartan

This class of drug has recently been approved by the FDA and has shown a decrease in the mortality, as well as hospitalization, of patients with heart failure. It was evaluated in a trial containing 8442 patients, named the PARADIGM-HF trial, and was compared with that of Enalapril alone.

Adverse and side effect related to Sacubitril/Valsartan

Hypotension, hyperkalemia, and impairment of the kidney function and the increased risk of an allergic reaction like angioedema (the risk of which increases with the co-administration with the ACE inhibitors). There is also a risk of dementia (due to neprilysin inhibition).

Negative Inotropic Agent in the Angina

These positive inotropic agents, which are discussed above, should not be used in angina, as it will increase the workload on the heart and will aggravate angina or may precipitate a new attack. The agents with a negative inotropic effect are used in the case of angina, and these include drugs such as beta-blockers, calcium channel blockers (which includes Verapamil and Diltiazem), the class 1a antiarrhythmic agent (according to the Vaughan-Williams classification) such as Quinidine, Procainamide, Disopyramide, and Flecainide which is the class 1c antiarrhythmic agent.

The mechanism of action of the negative inotropic agents

Among the ionotropic agent in heart failure, not a single drug stands as a clear superior drug. There is a daring need for new drugs that can afford the cardio-protectivity, along with the mortality and morbidity benefit. A small ray of hope has come with the arrival of Sacubitril/Valsartan, though it is too early to conclude.