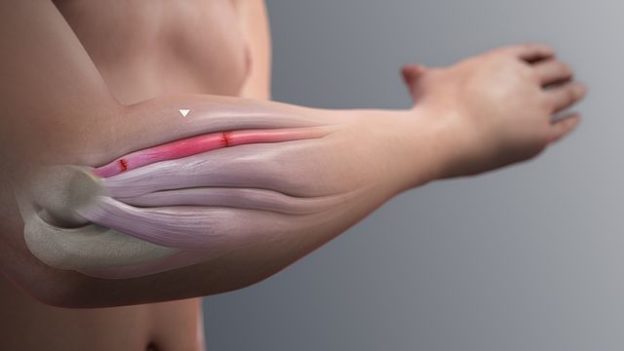 Inflammation is defined as the body’s response to injurious stimuli in the form of trauma or bacterial colonization. It is a protective reaction focused on getting rid of the original source of cell injury as well as the cells and tissues that have undergone necrosis. Without inflammation, infections would be rampant and wounds would fail to heal normally. Thus, inflammation is an essential mechanism constituting innate immune response.

Inflammatory responses and repair mechanisms can also cause significant harm when their components are destroyed and eliminated. Microbes and dead tissues can contribute to the destruction of normal tissues if the inflammatory response is severe or prolonged.

Some of the common causes of inflammation are as follows:

Inflammation is characterized by the following five cardinal signs:

Pathophysiology and Stages of Inflammation

Inflammation can be either acute or chronic. Acute inflammation is the body’s immediate innate response to bacterial pathogens or physical injury to tissues. The involved cells that are part of the cellular complexity of the inflamed tissue e.g., macrophages, histiocytes, and Kupffer cells, recognize pathogens and damaged cellular debris through pathogen-associated molecular patterns (PAMs) and damage-associated molecular patterns (DAMs). These are surface receptors that recognize pathogenic antigens and cellular debris.

Activation of these surface receptors leads to a release of histamine, nitric oxide, and prostaglandins from tissue macrophages, mast cells, and vascular endothelial cells. These mediators are responsible for the dilatation of blood vessels in the inflamed area and increase capillary permeability, also known as the vascular phase.

Fluid shift into the inflamed tissue space establishes an inflammatory response that results in redness and heat with exudation of fluids containing proteins such as fibrin, antibodies, and complement proteins. These proteins function to fight the invading pathogen and limit the infection process.

Exudation of plasma from the blood leads to stasis with subsequent extravasation of inflammatory cells from stagnant blood to the injured tissues, which is known as the cellular phase.

Tissue macrophages and mast cells release inflammatory mediators, which lead to vasodilation and increase tissue permeability. These mediators are also responsible for recruiting more inflammatory cells from the blood to the site of injury.

Extravasation of cells from the blood to the tissue space starts with the margination of the cell towards the endothelial surface of the blood vessels due to interleukins and TNF-α. These mediators enhance the expression of ICAM-1, P-selectin, and E-selectin on the surface of the endothelial cells to induce their adhesion with blood leukocytes before migration.

Chemokine-activated leukocytes find their way to the inflamed tissue through transmigration across the endothelium and basement membrane via acquiring foot processes to move between endothelial cells, a process known as diapedesis.

Chemotactic factors, such as C3a and C5, then guide leukocytes towards the site of tissue injury within the intercellular space via protein adhesion and binding to tissue integrins.

Neutrophils that migrate to the inflammation site act as phagocytes for the foreign organisms and cellular debris. These neutrophils destroy the engulfed microorganisms via lysosomal enzymes and reactive oxygen species that can be introduced later as antigen-presenting cells.

Opsonization occurs after the complement protein, C3b with the foreign antigen, binds to the CR1 complement receptor on the surface of phagocytes to facilitate its immune destruction.

Serous inflammation occurs with mild irritation of the epithelial or mesothelial surfaces with resultant homogeneous watery exudate from the plasma or lymph. It is more common on the skin and mesothelial membranes.

Mucinous or catarrhal inflammation occurs in cuboidal cells where the exudate is mainly mucin. It is more common in the respiratory tract.

Purulent inflammation occurs when the inflammatory process is secondary to the causative organisms e.g., staphylococci, which result in large amounts of pus comprising neutrophils and dead cells. Pus isolation with fibrosis and histiocytes is known as an abscess.

Fibrinous inflammation occurs in fibrin-rich exudates that organize to form a fibrous mesh. It occurs mainly during viral infections and physical of chemical-induced irritation. Fibrinous inflammation will lead to permanent dysfunction of the affected tissue as connective tissues replace normal parenchymal tissues, e.g., scars on the skin and liver fibrosis in viral and alcoholic hepatitis. Fibrosis can also occur on the surface of tissues leading to the formation of a pseudomembrane, which is a devitalized membrane of fibrous tissue as observed in pseudomembranous colitis.

Hemorrhagic inflammation is accompanied by an exudate comprising erythrocytes or blood. It is common during viral infections and physical irritation. The hemorrhagic exudate is rich in cellular components and fibrin, which clot and thereby limit organ functions.

Granulomatous inflammation occurs with persistent inflammation leading to the formation of a compact aggregate of histiocytes, known as granulomas, surrounding the area of inflammatory focus. It is common in chronic inflammatory conditions, e.g., tuberculosis and sarcoidosis. They can be either caseating, where the central area is made up of dead foreign bodies surrounded by immunocompetent cells, or non-caseating granulomas.

The results of acute inflammation are dependent on the nature and intensity of injury, site and tissue affected, and the ability of the host to evoke a response. Interestingly, these mediators are short-acting and are active only as long as there is a pathogenic stimulation. After the resolution of the offending stimulus, the inflammatory products are engulfed by the macrophages followed by lymphatic drainage to the regional lymph nodes, and the fibrin mesh guides wound healing.

Persistence of the offending agent leads to fibrosis to control infection, abscess formation, or chronic inflammation that can last for months or years and show delayed healing. Chronic inflammation is characterized by the replacement of neutrophils with macrophages and fibroblasts, which release IFN-γ and reactive oxygen species. This process is characterized by increased fibrosis and tissue destruction.

Chronic inflammation is a prolonged inflammation where active inflammation, tissue injury, and healing proceed concurrently, leading to an increased number of lymphocytes and macrophages resulting in vascular proliferation and fibrosis.

Acute inflammation may progress to chronic inflammation. This is evident when an acute response cannot be regulated, either due to the persistence of the offending agent or as a result of interference with the normal healing process.

Prolonged exposure to potentially toxic agents, such as non-degradable exogenous materials, including inhaled particulate silica that causes a chronic inflammatory condition known as silicosis. Endogenous agents that cause chronic elevation of plasma lipids lead to atherosclerosis.

Inflammation and wound healing: the role of the macrophage via nih.gov

Inflammation in Wound Repair: Molecular and Cellular Mechanisms. Journal of Investigative Dermatology or via nih.gov

Woundhealing and repair via medscape.com

Wound healing and risk factors for non-healing via uptodate.com