Infecundity – The Unfulfilled Wish for Children 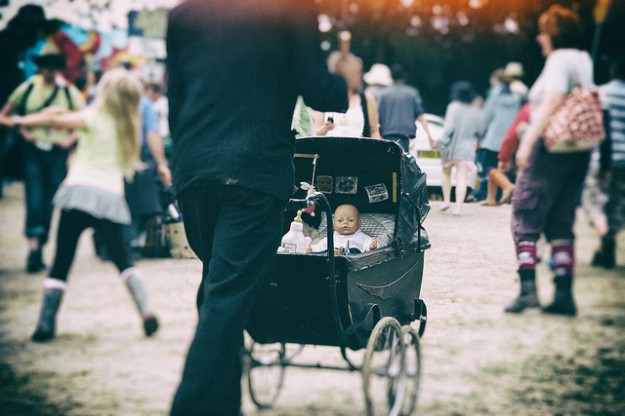 Definitions of Sterility and Infertility

Infertility, on the other hand, is an inability to successfully carry a baby to term and give birth (i.e., conception is feasible but the pregnancy cannot be completed). This may take the form of miscarriages or extrauterine pregnancies.

Epidemiology of Sterility and Infertility

Sterility and infertility affect about 10%–15% of couples. The number has been rising continuously over the past few years, perhaps partially due to the fact that the average age at which a woman gives birth to her first child also keeps rising, which is largely attributed to occupational preferences and longer periods of education.

Causes of sterility in men 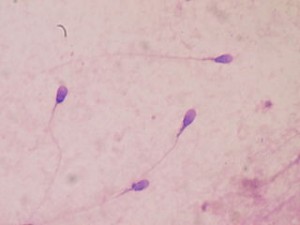 To assess the causative factors of sterility in a man, a semen analysis is performed. The resulting sperm count (also called spermiogram) may identify various pathologies.

Malformations are the primary organic causes of sterility, such as injuries to the testicles, epididymides, prostate, or urethra. Often, varicoceles or past infections such as mumps orchitis are the cause of sterility.

Causes of sterility in women

In women, classification of possible causes is much more complex. Clinical examinations start with ovarian causes of sterility. Hypothalamic-hypophyseal ovarian failure can lead to reduced production of gonadotropin-releasing hormone (GnRH), which, in turn, leads to an insufficient release of LH and FSH. Consequently, amenorrhea, an anovulatory cycle, and corpus luteum deficiency can develop. Reduced release of gonadotropin is often triggered by stress, physical strain such as high-performance sports, and anorexia nervosa. 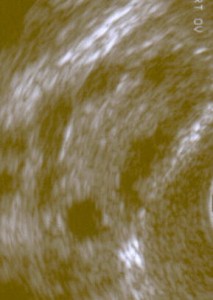 Due to increased levels of prolactin, the pulsatile release of GnRH is inhibited. Prolactinoma or intake of dopamine antagonists (antipsychotics, for example) may cause hyperprolactinemia. Ovarian insufficiency can also occur from a decreased release of gonadotropins.

The cause of sterility also may be found in the tubes. Transitions of the tube mucosa with luminal adhesions may develop from recent infections of the genitalia involving the adnexa. Adhesions with the surrounding tissue can develop as well, reducing tube motility. Examples include adnexitis from chlamydia, syphilis, and gonococcus. Peritubaric adhesions can be caused by endometriosis.

Abnormalities of the uterus, such as uterus bicornis, uterus septa, or hypoplasia, less frequently result in contraceptional barriers but can cause miscarriages. The endometrium can be damaged from previous curettages or infections, such as endometritis. Complete build-up of the endometrial mucosa may no longer be possible. Furthermore, a myoma in the uterus can lead to occlusions of the lumen and cause sterility.

Cervix uteri also can cause infecundity. Former cervical disruptions or infections of the cervical canal are possible causes. Lack of estrogen brings about decreased spinnbarkeit of the cervical mucus. This averts normal ascension and motility of sperm.

Psychological causes are possible in women, as with men. However, most patients are in the normal range; such cases are classified as idiopathic sterility.

An important part of diagnosis is a detailed medical history and routine gynecologic examination. The history should include sexual behavior that relates to ovulation. Completing a basal temperature curve over 3 cycles can be helpful to identify anovulatory cycles.

Furthermore, hormone analyses should be made. The following hormones can be identified in the blood, among others: FSH, LH, estradiol, prolactin, testosterone, dehydroepiandrosterone-sulfate (DHEA-S), and thyroid hormones.

To analyze possible tubal causes of sterility, different methods may be considered. For hysterosalpingography, water-soluble contrast material is supplied into the cavum uteri. Afterward, radiographs are taken, and the contrast material can be seen in the abdominal cavity if the tubes are pervious. This method also can localize tubal obstructions.

Motility, adhesions, and foci of endometriosis can be assessed precisely by laparoscopy with blue instillation. Benefits of laparoscopy include the possibility to simultaneously remove adhesions in one session. 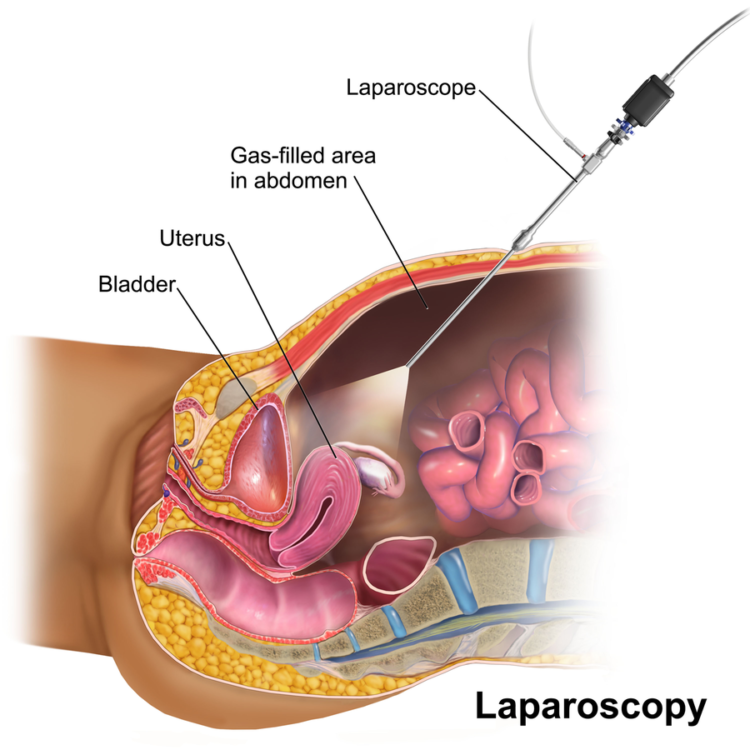 Detection of malformations, dysplasia, or hypoplasia of the uterus is possible with hysterosalpingoscopy. To ascertain a more precise assessment, hysteroscopy of the uterus may be used.

To examine sperm motility in the cervical mucus, a postcoital test may be used during ovulation. The test requires 3- to 5-day sexual abstention. On the day of ovulation, a mucus sample is taken after intercourse from the vaginal vault as well as from the cervical canal. Afterward, the mucus specimen is microscopically examined by phase. The test is rated positively when motile sperm can be proved in the mucus. A negative test with immotile sperm in the cervical mucus suggests rare immunological causes of sterility. Immotility of sperm can be caused by antibodies against the sperm.

Ovulation inductors are used to treat dysfunctions in the hypophyseal-hypothalamic area. The agents support follicular maturation and secretion of gonadotropins. Typical drugs are clomifene, cyclofenil, tamoxifen, and epimestrol, among others. The substances are used preferentially at the beginning of a cycle. The drugs are indicated for diseases like corpus luteum insufficiency, anovulatory cycles, and normogonadotropic amenorrhea. To achieve timely ovulation, ovulation inductors are combined with human chorionic gonadotropin (beta-HCG).

Ovarian hyperstimulation syndrome may occur after treatment with ovulation inductors. Typical characteristics are ascites and cyst formation in the ovaries. 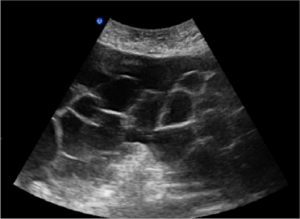 Image: “Bilateral multilocular cystic masses in a patient with ovarian hyperstimulation syndrome in a spontaneous pregnancy with invasive mole,” by Open-i. License: CC BY 2.0

When the syndrome occurs, treatment addresses symptoms. To prevent thromboembolism, a sufficient intake of fluids is necessary; also, ascites and pleural effusions should not lead to restriction of fluids. Further backup measures are sufficient thrombosis prophylaxis with heparin and support of renal function. 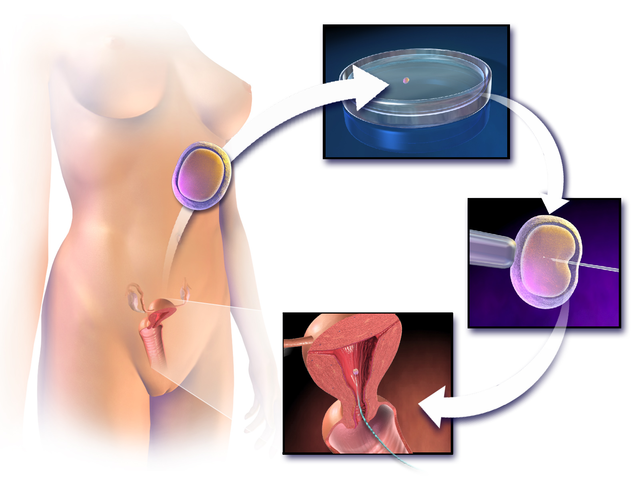 IVF is a form of artificial insemination and requires different stages.

First, ovarian stimulation takes place. A patient is pretreated with GnRH antagonists. The hypophysis is blocked and insensitive to the body’s own GnRH. Follicles grow evenly under therapy. Stimulation of follicular maturation is continued with human menopausal gonadotropin or FSH. Growth is monitored sonographically. At a specific point, beta-HCG is administered. Ovulation is induced.

The next phase is follicle puncture, which can be made laparoscopically as well as sonographically. First-line therapy is an ultrasound-guided transvaginal puncture. The follicles are suctioned and microscopically examined afterward. Mature oocytes are put onto a special culture medium and stored in an incubator.

Next is in vitro cultivation. After 3–6 hours, sperm is added to the oocytes. They are incubated in the culture medium. After 48 hours, usually, 3 embryos develop.

Embryo transfer follows, with a sterile special catheter into the cavum uteri. To assist in the luteal phase, the patient is given beta-HCG or progesterone.

Due to the transfer of several embryos, there is a risk of multiple pregnancies. The success rate of live birth with IVF is 40% among women younger than 35 years. However, disadvantages of IVF include failure to conceive, hyperstimulation, and cost.

ICSI is another form of artificial insemination, particularly indicated for male sterility. The typical indication is oligoasthenoteratozoospermia. For IVF, 100,000 sperm are necessary, but for ICSI, only a few are required.

The patient is prepared in a similar way to IVF, first with ovarian stimulation and follicle puncture. The obtained oocytes are released from their follicles, and adhesive granulocytes are removed with an enzyme, then seminal filaments are injected with a glass pipette. Afterward, the embryos are incubated again and then transferred to the cavum uteri.

ICSI offers a high pregnancy rate; with the technique, 70%–80% of eggs are fertilized. Drawbacks of ICSI include unknown risks to eggs or embryos and damage to embryos.