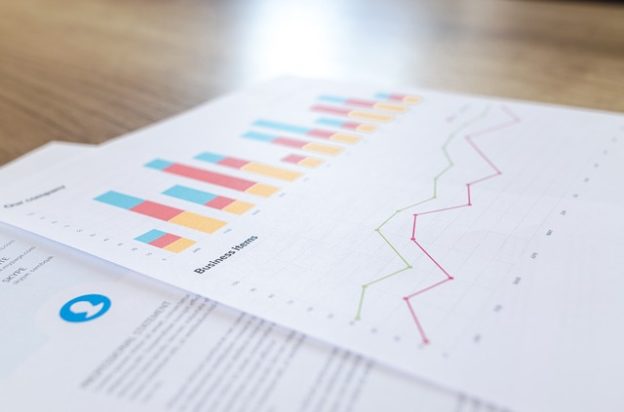 Paired data is defined as two sets of data that follow a one-to-one relationship between their values. Each data set has the same number of data points. Each data point in one data set is related to one, and only one, data point in the other data set.

Then, to test the impact of the new drug that the physician has developed, they give the drug to the same 30 patients and then test the level of the patients’ hypertension and anxiety (see table below).

Null hypothesis (µd = 0): There is no statistically significant difference between hypertension and the anxiety scores of patients before and after the intervention (i.e. the new drug).

Alternative hypothesis (µd ≠ 0): There is a statistically significant difference between hypertension and the anxiety scores of patients before and after the intervention (ie, the new drug).

The t statistic in this example is –4.98. This is less than –2.04 and therefore we can reject the null hypothesis at the 5% significance level. We can thus conclude that the new drug has been effective in terms of reducing hypertension and anxiety of the patients.

This example can also be solved using the Statistical Package for Social Sciences (SPSS) as follows: Go to ‘Analyze’ then ‘Compare Means’ then ‘Paired Sample t-test’. The SPSS output solution for the above example is outlined in the table below.

The p-value of 0.000 is less than 0.01, indicating that we can reject the null hypothesis even at the 1% significance level.

As a parametric method (a technique that gauges obscure parameters), the paired t-test makes a few suppositions. Although these tests are very robust, it is important to assess the level of deviation, keeping in mind the goal of evaluating the nature of the outcomes.

In a paired specimen t-test, the perceptions are characterized as the contrast between 2 arrangements of qualities, and every supposition alludes to these distinctions, not the first information values. This special t-test has 4 key presumptions:

It is difficult to draw any conclusions about the impact of the new technique by just seeing the paired data above. It is important, therefore, to conduct the McNemar’s test. The test is conducted using SPSS. The output is shown in the tables below.

Crosstabs: Before and After

The p-value of 0.003 is < 0.05 and therefore we can reject the null hypothesis. It is possible to conclude that the new technique was effective in turning patients from addicts to non-addicts.

The steps of the McNemar’s test using formulas are outlined below.

To run a McNemar test, your data must be placed in a 2 × 2 contingency table, with the cell frequencies equal to the number of pairs, as outlined in the table below:

These boxes for this example are as follows:

The test statistic in the example is 9.78. This is > +2.04 and thus we can reject the Ho at the 5% significance level. Finally, we conclude that the new treatment has been effective.

This test is a non-parametric test for paired ostensible information. It is used when you are occupied with finding an adjustment in extent for the linked information. For example, this test could be used to break down review case-control experiments, where every treatment is matched with a control. It could also be used to break down a trial in which 2 medicines are given to co-ordinated sets. The method is simple, quick, and easy to perform. It also enables an appropriate confirmatory data analysis for situations dealing with paired dichotomous responses to surveys or experiments.

This test is sometimes referred to as McNemar’s chi-square test in light of the fact that the test measurement has a chi-square model. McNemar’s test is used to decide whether there are contrasts on a dichotomous response variable between 2 related gatherings. It can be thought to be like the matched specimens t-test, though for a dichotomous instead of a non-stop ward variable.

In any case, unlike the combined specimens t-test, it can be conceptualized to test 2 unique properties of a rehashed measure dichotomous variable, as outlined below. McNemar’s test is used to break down the pretest–posttest plan and to examine co-ordinated matches and case-control surveys. On the off-chance that you have more than 2 repeated estimates, you could utilize the Cochran’s Q-test.