Hypothalamus, Brainstem, the CVOs and the Cerebrospinal Fluid (CSF) 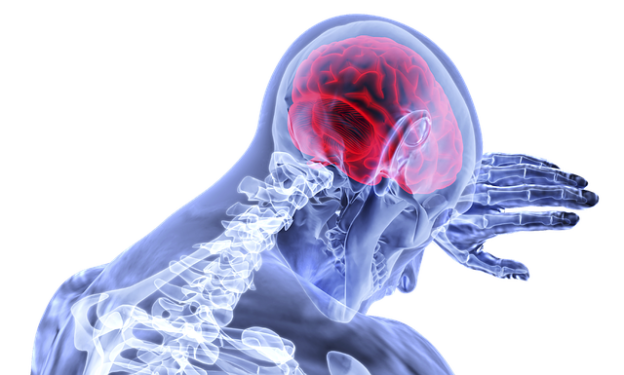 The Hypothalamus, an almond-sized structure located below the thalamus, has an important role homeostasis, forming the bridge between the nervous system and the endocrine system. Anatomically, it is divided into three regions, each consisting of numerous nuclei. The different regions and their respective nuclei, along with their functions, are outlined below.

Anterior region of the hypothalamus 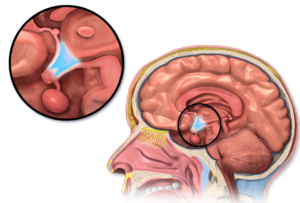 The lateral area consists of the orexinergic nucleus. The orexin neurons control feeding behavior as well as wakefulness. It also controls visceral functions, such as respiration, micturition, and blood pressure, in collaboration with other structures of the brain.

Tuberal region of the hypothalamus

The tuberal region is divided into the medial and lateral areas. The medial area contains the following three nuclei:

Posterior region of the hypothalamus

This region is also divided into the medial and lateral areas. The medial area consists of: 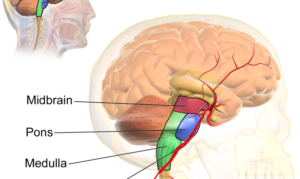 The brain stem is the posterior part of the brain which connects the superior brain structures such as the hypothalamus to the spinal cord. It consists of the midbrain, pons, and medulla oblongata. The brainstem is responsible for carrying out vital functions, such as breathing, wakefulness, heart rate, and blood pressure. The figure shows the brain stem components. 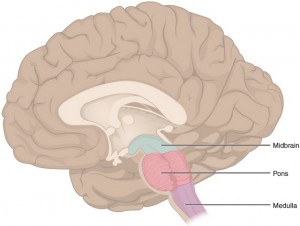 The midbrain is divided into three parts: tectum, tegmentum, and ventral tegmen-tum. The tectum consists of a bulge of brain matter that is responsible for auditory and visual reflexes. Tegmentum controls the voluntary movements of the body and is the site origin of cranial nerves III and IV nuclei.

The ventral tegmental area is responsible for reward, cognition, and motivation. Several psychiatric disorders occur when this area of the midbrain malfunctions. 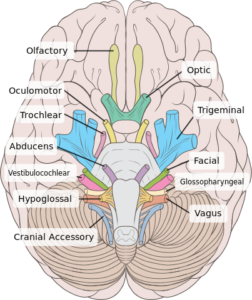 The pons connects the midbrain to the medulla oblongata. It lies in front of the cerebellum. The nuclei of cranial nerves V-VIII originate from the pons.

It carries motor signals from the cerebrum to the medulla oblongata and cerebellum as well as sensory signals to the thalamus. The figure beside illustrates the cranial nerves’ origins.

The medulla oblongata is the lowermost part of the brain stem and is connected to the spinal cord. It consists of the cardiovascular center, which controls the sympathetic and parasympathetic stimulation of the blood vessels and the heart.

The control of ventilation through chemoreceptors maintains an adequate level of oxygen and carbon dioxide in the blood. The vasomotor center controls blood pressure through sensory signals from the baroreceptor. It also controls vomiting, sneezing, coughing, and swallowing reflexes.

The circumventricular organs are structures of the brain that are located around the third and fourth ventricles. They characterized by extensive vasculature and lack of blood-brain barrier (BBB). This allows the exchange of substances between the central nervous system (CNS) and the peripheral circulation. The CVOs are broadly classified into two categories: sensory organs and secretory organs.

Sensory organs can detect plasma composition and transmit information to the higher brain centers so as to get appropriate responses. There are three sensory organs in this category:

These organs respond by means of the feedback mechanism and secrete various hormones and other molecules directly into peripheral blood circulation. 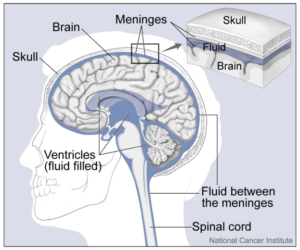 When the brain is suspended in CSF, its mass is transformed from 1,400 g to 25 g. This is the neutral buoyancy, which allows the brain to perform its functions without compressing the lower parts. The blood supply to different areas of the brain is unaffected.

It protects the structure of the brain from coming in direct contact with the skull. However, in severe head injuries, the CSF moves to the opposite side of the impact, causing brain damage, which may lead to death.

The CSF is drained into the peripheral vasculature to prevent harmful substances from accumulating in the brain.

CSF fluid may decrease in volume in certain areas of the brain to relieve pressure effects, thereby improving the blood supply to that part of the brain.

CSF analysis is an investigative technique performed to know CSF constituents. It may give different results for different clinical conditions and therefore helps in making the right clinical diagnosis. The procedure performed to obtain CSF is known as a lumbar puncture.

The abnormal accumulation of extra CSF in the brain ventricles is called hydrocephalus. It leads to increased intracranial pressure. If this occurs during the mental development of the fetus, it leads to an enlarged cranium, a condition known as congenital hydrocephalus. It results in mental disability and convulsions, requiring prompt intervention. If left untreated, it can be fatal.

Baricity is the density of a certain drug compared to the density of the cerebrospinal fluid. It is important in anesthesiology, where the duration of anesthesia depends on the rate that a certain drug spreads into the intrathecal space as well as on the patient’s position. For example, if a spinal anesthesia drug has higher baricity than the CSF, then the patient should be positioned so that the lower limbs at a lower level than the rest of the body. When the anesthetic effect is desired more proximally, the patient’s position can be altered to maximize the anesthetic agent’s flow and distribution.

The figure above shows CSF distribution in the brain areas. The flow begins with CSF production in the cerebral ventricular system, mainly the choroid plexus, at a rate of 20ml/hr. Each of the four ventricles contains choroid plexus tissue that is made up of villous folds lined by epithelium and a central core of highly vascularized connective tissue. Here, active secretion and diffusion produce CSF. From the two lateral ventricles, fluid drains through the foramen of Monro on each side into a single midline third ventricle.

The third ventricle connects by the aqueduct of Sylvius to a midline fourth ventricle that has three exit openings: the paired lateral foramina of Luschka and the midline foramen of Magendie. These openings lead to a system of interconnecting and focally enlarged areas of subarachnoid spaces, referred to as cisterns, that allow for a free flow of CSF. Fluid in the basal cisterns, tentorium, and subarachnoid space flows over the cerebral convexities to the sagittal sinus. Systemic circulation takes place from this point.

Most CSF absorption takes place across the arachnoid villi into the venous channels of the sagittal sinus, but the fluid is also absorbed across the ependymal lining of the ventricular system and from the spinal subarachnoid space. The CSF formation process continues when the intracranial pressure rises unless extremely high levels are reached. Thus, there must be some absorption of fluid to accommodate the CSF volume formed each day, or more room for expansion must be available or created.

Ganong, W. (2000). Circumventricular Organs: Definition And Role In The Regulation Of Endocrine And Autonomic Function. Clinical and Experimental Pharmacology and Physiology, 27(5-6), pp.422-427.