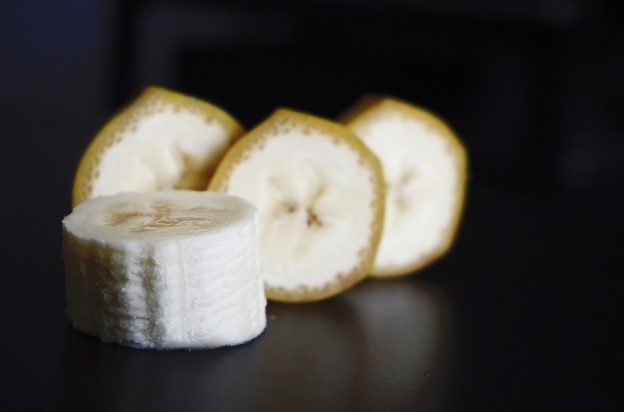 Hypokalemia is a metabolic/endocrine disorder that is characterized by a plasma potassium level of less than 3.5 mEq/L. A serum potassium level that is less than 2.5 mEq/L leads to life-threatening scenarios of arrhythmias and muscle paralysis. A normal level of potassium is necessary to maintain a charge difference between intracellular and extracellular environments which is the integral mechanism according to which muscles and nerves work.

It is estimated that up to 1 % of the general population have potassium levels of less than 3.5 mEq/L. Among hospitalized patients, the incidence is higher, with 16 % of them having serum potassium levels between 3.0 and 3.5 mEq/L and 5 % having a level that is lower than 3.0 mEq/L. Conditions that are associated with affected people include:

Hypokalemia has no sex predilection.

Hypokalemia is classified into

Etiology and Pathophysiology of Hypokalemia

Potassium is the principal intracellular cation that is needed for the maintenance of the membrane potential across the cells of nerves and muscles during transmission of impulses. One source of potassium can be a diet rich in potassium which includes intake of bananas, beans, and meat or the intravenous/oral administration of supplemental potassium.

Upon intake or infusion, the cation is absorbed in a rate of 1mEq/Kg/day. Most of the absorbed ions (up to 90 %) are excreted via the kidneys. This is important in maintaining a normal serum level of potassium and a normal storage level.

The total body potassium stored in muscles is estimated to be 50mEq/kg. The cations are either intracellular (98 %) or extracellular (2 %). The extracellular potassium is the measurement in reference during laboratory testing and it is maintained at a range of 3.5–5.0 mEq/L via a homeostatic mechanism across the cell membrane aided by the Na+/K+/ATPase pumps.
Hypokalemia mainly results from disorders that lead to:

This is the most common pathogenic pathway in the causation of hypokalemia.
Mineralocorticoid excess, such as excess aldosterone, causes retention of salt and water. The retention of sodium dictates that potassium must be lost at the collecting tubules by the function of the Na+/K+ pumps. The source of excess aldosterone may be endogenous, such as in Cushing’s syndrome, or exogenous, such as in steroid therapy.

Another way excess potassium is lost via the kidneys is the increase in diuresis. Diuretic drugs work by delivering more blood for ultrafiltration and thus more potassium is delivered for excretion. If the diuretics do not possess the ability to spare potassium, hypokalemia ensues. Such diuretics or diuretic-like drugs include Lasix, theophylline, and caffeine.

The other pathway of potassium loss is the gastrointestinal pathway where patients lose content that is rich in potassium and other minerals via vomit and diarrhea. Moreover, the rapid loss of gastric contents compromises the absorption of dietary potassium thus leading to low potassium levels.

Some congenital disorders manifest as defects in the pathways that control the amount of sodium and potassium in circulation thus leading to derangements—most commonly to hypokalemia due to failure of the Na+/K+ pump. If the pump fails, then more sodium remains intracellular and hypokalemia ensues. Such disorders include the barter syndrome that is characterized by hypokalemic metabolic alkalosis and hypotension. Another genetic abnormality is the Gitelman syndrome which is an autosomal recessive disorder characterized by hypokalemic metabolic alkalosis and low blood pressure.

Shift of potassium into the intracellular compartment

High β-sympathomimetic activity in the body causes a similar effect. The effect may result from endogenous β-adrenergic agonist’s administration or endogenous hormones such as those secreted in thyrotoxicosis.

Potassium is usually absorbed via the gastrointestinal system at a rate of 1 mEq/kg/day, and 90 % of this is excreted in the kidneys every day. Therefore, any reduction in intake with no proportional reduction in loss leads to a deficit in potassium. A good example is the reduced intake of potassium-rich foods, such as in patients with eating disorders or poor patients who may not afford a balanced diet. The elderly population is also at risk due to neglect and are thus forced to depend on poor quality food such as bread and tea which have low potassium content.

Interplay of more than one mechanism

In the majority of patients suffering from hypokalemia, an interplay of more than one pathway is incriminated with increased loss of potassium being almost always present. In most cases, it is coupled with a shifting of potassium into the intracellular compartment.

Mild hypokalemia occurs as an incidental finding during routine workup or during workup for other diseases. The patient is asymptomatic.

Potassium is the cation required for membrane stability and signal transmission in muscles and nerves. Therefore, if the membrane is destabilized by deficits, the patient complains of compromised muscle function such as:

Likely findings on examination include:

Laboratory investigations are done mainly to define the severity of hypokalemia, to rule out other medical conditions and as a baseline before the initiation of therapy. They include:
Serum potassium level

Approaches to the management of hypokalemia are:

This is achieved by reducing the amount of potassium reaching the renal tubules. Non-potassium sparing diuretics such as thiazides and thiazide-like agents must be discontinued.
If that is not possible (diuresis is still needed) an introduction of potassium-sparing diuretics such as spironolactone can be used, especially in patients with normal kidney function. Watch out for rebound hyperkalemia.

Dietary modification and introduction of low sodium but potassium-rich foods are of great value in the treatment of mild hypokalemia. Success is achieved especially if potassium losses are reduced concurrently. The foods include leafy vegetables, avocados, tomatoes, and oranges.

Oral potassium chloride is indicated in mild to moderate hypokalemia with a goal of achieving serum potassium levels of > 3.5mEq/L or > 4.0 mEq/L in CAD and CHF patients. To achieve this, the total potassium requirement is estimated based on the assumption that to raise the potassium level by 1 mEq/L, 200–400 mEq of potassium must be administered.

Intravenous administration of potassium chloride via peripheral veins is indicated if the level of potassium is below 2.5 mEq/L and ECG findings are present. With a similar target, estimate the deficits and replenish at a rate of 20–40 mEq per day to avoid irritation of the veins.
Intravenous administration of potassium chloride via a central line is indicated to rapidly correct ECG changes. The rate is as high as 10 mEq/hr. This can be done but the total dose should not exceed 80 mEq in a day.

Surgical treatment is carried out to cure causative diseases such as adrenal adenoma or renal artery stenosis.
Magnesium replacement is indicated for refractory cases in the setting of low magnesium levels.

Due to low potassium levels, cardiac arrhythmias manifest as dysfunctional heart muscles that lead to tachycardia and ventricular fibrillation.
Paralysis that may be life-threatening is common, especially in situations of elevated thyroid function tests (thyrotoxic periodic paralysis).
Rebound hyperkalemia is also seen with aggressive replacement.