Lecturio is using cookies to improve your user experience. By continuing use of our service you agree upon our Data Privacy Statement . x
Are you more of a visual learner? Check out our online video lectures and start your Emergency Medicine course now for free! 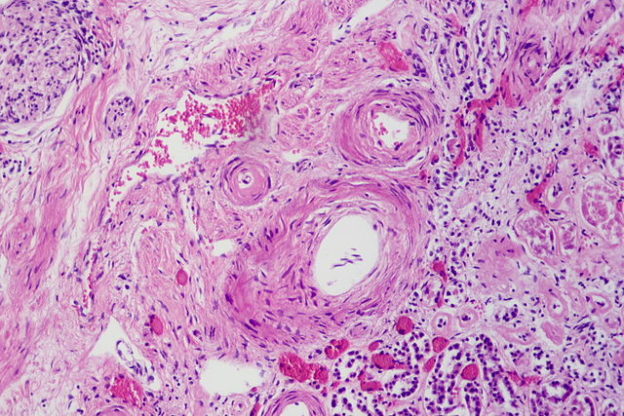 All patients with severe hyperglycemia should undergo assessment and stabilization of their airway, respiratory and circulation. Their hemodynamic status should be assessed and stabilized. Any patient with an altered mental status should receive a bolus dose of naloxone to reverse the potential effects of an opioid overdose.

If the patient is in a coma, intubation should be considered. When intubation is considered, succinylcholine should be avoided as it is associated with hyperkalemia. Patients with diabetic ketoacidosis usually have hyperkalemia; however, the total potassium content of the body is decreased.

During the immediate assessment of hyperglycemic patients, all patients should be put on oxygen, oxygen saturation should be assessed, and cardiac monitoring should be initiated. A common, yet fatal, cause of diabetic ketoacidosis and hyperosmolar hyperglycemic state syndrome is the myocardial infarction; therefore, a 12-lead electrocardiogram is needed.

A finger-stick glucose test is the first step in the management of a patient in an altered mental state. Once the diagnosis of hyperglycemia is confirmed, further management is indicated.

During the initial evaluation, one should obtain a complete medical history and perform a thorough physical examination. A complete blood count, basic metabolic panel, urinalysis, and venous or arterial blood gas should be ordered. The most common causes of hyperglycemia include infection, infarction ‘stroke or myocardial’, pregnancy complications, drug abuse including cocaine, and lack of insulin therapy in a diabetic patient.

Serum effective osmolality should be assessed in patients with severe hyperglycemia and dehydration. Cardiac markers, such as troponin and CK, should be evaluated to exclude the possibility of myocardial infarction.

Therefore, the initial evaluation of hyperglycemia in diabetic ketoacidosis patients can be summarized in the following: 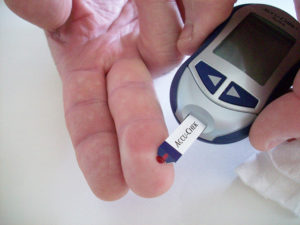 If the patient is critically ill, the following treatment regimen should be followed:

Patients with diabetic ketoacidosis, who are not critically ill, should receive intravenous fluid therapy according to the degree of dehydration, and insulin therapy should be started at the rate of 0.1 units per kg per hour without a bolus dose. Bicarbonate and phosphate should not be given to this group of patients.

Most patients in a hyperglycemic crisis need to be admitted to the hospital for inpatient management and are rarely discharged home from the emergency department.

Hypoglycemia is defined as a blood glucose level below 60 mg/dL. It is diagnosed after identification of the three components of the Whipples triad that entails:

The management of hypoglycemia is largely dependent on the severity and on whether the patient can tolerate oral intake or not.

Most patients are able to eat; thus, 15 grams of simple carbohydrates should be administered orally followed by a snack made up of complex carbohydrates.

This includes patients who are unable to tolerate oral intake. Treatment involves the establishment of intravenous access and administration of dextrose 50% in water as a single ampule and then re-evaluated to check if the symptoms have resolved and the blood glucose levels are above 60 mg/dL.

Patients who do not have intravenous access should receive glucagon 1 mg subcutaneously or intramuscularly which must be followed by oral glucose.

If the patient’s symptoms have resolved and he or she is no longer hypoglycemic, the patient should be instructed to eat a full meal; otherwise, the treating doctor should repeat the previously mentioned algorithm.

If the patient’s symptoms and blood glucose levels are not corrected after two rounds of this algorithm, continuous infusion of dextrose should be initiated.

The patient can be discharged home from the emergency department if the episode of hypoglycemia was:

In addition to the following criteria, the patient should have an uneventful 4-hour observation period at the emergency department and has no comorbid conditions that might affect the intake of medication and food. Also, the patient understands the nature of the hypoglycemic episode, why it happened, and how to prevent it in the future.

It is important that the person can monitor blood glucose levels at home and has a close follow-up appointment with a primary care provider. If the patient is discharged home from the emergency department after meeting all of the above criteria, the insulin dose that he or she usually takes should be reduced by 25% for the first 24 hours.