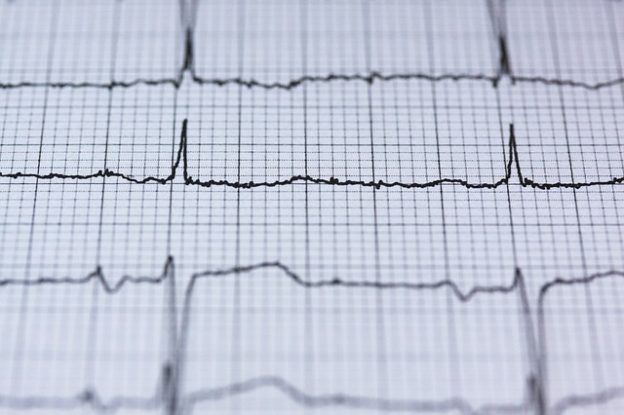 Cardiac arrest and paralysis sets in when the level exceeds 8.5 mEq/L thus necessitating emergency treatment. The normal potassium level varies with age. Neonates less than 10 days old have an upper limit of up to 6.5 mEq/L.

The prevalence is even higher with the extremes of ages. Among the elderly, hyperkalemia arises due to chronic diseases such as diabetes and is associated with renal failure. However, in very young children, hyperkalemia is higher due to renal congenital anomalies that lead to insufficiency.

Hyperkalemia is classified into:

Etiology and Pathophysiology of Hyperkalemia

Potassium is the principal intracellular cation that is needed for the maintenance of the membrane potential across the cells of nerves and muscles during transmission of impulses. The source of potassium could be from a diet rich in potassium, such as intake of bananas, beans, and meat, or the intravenous/oral administration of supplemental potassium.

Upon intake or infusion, the cation is absorbed in a rate of 1 mEq/Kg/day. Most of the absorbed ions (up to 90 %) are excreted via the kidneys. This is important in maintaining a normal serum level of potassium as well as a normal storage level.

The total body potassium stored in the muscles is estimated to be 50 mEq/kg. The cations are either intracellular (98 %) or extracellular (2 %). The extracellular potassium is the measurement in reference during laboratory testing and it is maintained at a range of 3.5-5.0 mEq/L via a homeostatic mechanism across the cell membrane aided by the Na+/K+/ATPase pumps.

Note: A change in the rate of intake, absorption, excretion or transport across the cell membranes leads to an abnormal level of serum potassium concentration.

The cause of hyperkalemia is discussed in the following topics:

It is rarely a single cause of hyperkalemia especially in patients with a GFR> 60 ml/min. However, some situations have been reported, such as massive parenteral administration of potassium supplementation or massive transfusion with packed red blood cells, which may cause a slight increase in potassium level.

Dysfunctional kidneys lead to an elevated serum potassium level in several ways. First, when the removal of the potassium delivered to the kidneys for excretion is impaired, accumulation occurs and hyperkalemia ensues. Also, the majority of patients with renal dysfunctions are on diuretic medications. Most of these medications work by eliminating the water but sparing potassium, thus leading to a high concentration of potassium in the body. Moreover, the drugs are not easily removed from the body, and very minimal doses may have a huge impact on the level of potassium.

Shifting of potassium to the extracellular compartment

High levels of glucose around the cell extract water out of the cells. If the water is accompanied by the movement of potassium in the same direction, this leads to hyperkalemia. It is seen in diabetic patients with ketoacidosis who have a compromised renal excretory mechanism.

The shift may also occur with the destruction of cells freeing the intracellular potassium.

This is seen in cases of:

Mild hyperkalemia occurs as an incidental finding during routine workup or during workup for other diseases. The patient is asymptomatic.

Potassium is the cation required for membrane stability and signal transmission in muscles and nerves. Therefore, excessive levels of potassium destabilize the membrane potentials and lead to a compromised muscle function which can be seen in the following incidences:

Laboratory investigations are done mainly to define the severity of hyperkalemia and as a baseline before initiation of therapy. They include:

Serum potassium level greater than 5.5 mEq/l. This is usually the initial test if hyperkalemia is suspected.

Electrocardiogram (ECG) is the next best test for hyperkalemia. It’s done to establish ECG findings in hyperkalemia that are an indication of severity.

The cause and severity of hyperkalemia guide the management of the condition.
Mild hyperkalemia is treated on an outpatient basis using modalities such as:

Moderate to severe hyperkalemia requires additional methods of management for symptomatic relief and avoidance of recurrence.

The first intervention is the administration of 10 % calcium chloride for the protection of cardiac muscles against extreme compromise. The drug increases the threshold potential that is necessary in restoring resting membrane potential.

The next intervention is increasing the excretion of potassium from the body by:

Drugs such as kayexalate, a cation exchange resin, bind to the free potassium reducing its damaging effects.

Muscle weakness and paralysis may be life-threatening, especially if involving the respiratory muscles.

Rebound hypokalemia and hypotension are also seen with aggressive diuresis.