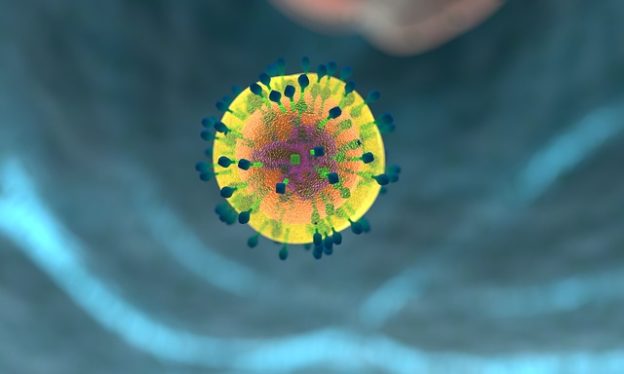 An antigen is any foreign substance that elicits an immune response when introduced into the tissues of a susceptible animal, and they are capable of combining with specific antibodies formed.

The primary immune response refers to the host’s first encounter with an antigen, in which naïve B cells activate and proliferate to induce an effective immune response against the antigen. The primary immune response is relatively slow in protecting against invasive pathogens, mostly because it induces the release of polyspecific, natural antibodies. These antibodies have a low affinity, but the body uses them in its initial defense against pathogens. The lag phase of this response ranges from 4-7 days to weeks or even months, depending on the type of pathogen, the amount of exposure, and the state of the host’s immune system.

The primary immune response is governed by the innate immune system. All successive responses are made by the adaptive immune system, also called acquired immunity. This system provides two types of immunity: humoral and cell-mediated. Humoral immunity is based on serum antibodies that are produced by plasma cells and bind to antigens in order to assist with their elimination. Cell-mediated immunity is based on the action of cytotoxic cells that activate other immune cells and help eliminate pathogens and infected host cells.

A B cell response is classified as T cell-dependent (TD) or T cell-independent (TI) based on whether the antigen depends on T cells to activate the B cells and elicit an immune response.

T cell-independent activation of B cells occurs when T-independent antigens interact with B cell receptors (BCRs). TI antigens, such as the polysaccharide bacteria capsules, contain repetitive epitope units within their structure, which allows for the cross-linkage of multiple BCRs at a time. This serves as the first signal for B cell activation. The second signal involves toll-like receptors with pathogen-associated molecular patterns (PAMPs) or interactions with factors from the complement system.

Once a B cell is activated, it undergoes clonal proliferation, and daughter cells differentiate into plasma cells. After differentiation, the BCRs on the surfaces of the B cells disappear, and the plasma cells secrete  IgM molecules with the same antigen specificity as the BCRs. The TI response only lasts a short period of time and does not result in the production of memory B cells. Thus, it will not cause a secondary response to subsequent exposures to that particular antigen.

The protein antigen is processed within the B cell and presented with MHC II. The presented antigen is then recognized by helper T (Th) cells specific to the same antigen. The T cell receptor (TCR) of the Th cell recognizes the antigen, and its CD4 molecule interacts with the MHC II on the B cell. This coordination between B cells and Th cells is called linked recognition.

Once activated, the Th2 cells secrete cytokines that activate the B cell, which proliferates into clonal daughter cells. Additional cytokines from the Th2 cells stimulate the differentiation of activated B cell clones into memory B cells. These memory cells can quickly respond to subsequent exposures to the same protein antigen. Differentiated plasma cells will lose their membrane BCRs and secrete IgM initially.

Later, cytokines from the Th2 cells will stimulate the plasma cells to begin secreting IgG, IgA, or IgE. This process is called class switching or isotype switching. It allows the plasma cell to switch the type of antibody it produces while the antigen-specificity remains constant.

Structure of Antibodies and Immunoglobulin Domains 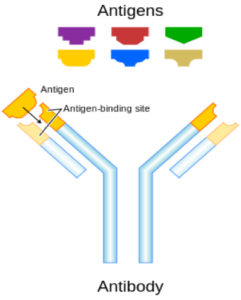 Image: “Each antibody binds to a specific antigen; an interaction similar to a lock and key.” by Fvasconcellos 19:03, 6 May 2007 (UTC) – Color version of Image:Antibody.png, originally a Work of the United States Government, License: Public Domain

Each antibody molecule consists of four polypeptides, two heavy chains, and two light chains joined to form a “Y” shaped molecule. The chains are connected by disulfide bonds. There are five types of Ig heavy chains (in mammals) denoted by the Greek letters: α, δ, ε, γ, and μ. There are two types of Ig light chains (in mammals), which are called lambda (λ) and kappa (κ).

The antigen-antibody reaction is widely used in laboratory diagnostics, including immunohematology. It is a reversible chemical reaction:

The forces connecting the antigen-antibody are not sturdy valence bonds, but weaker bonds that are fittingly named “weak interactions.”

The part of the antibody that interacts with the antigen is in the Fab portion of the antibody molecule and is assembled from the hypervariable regions of the heavy and light chains located at the tips of the “Y.” The binding between this site and the antigen takes place with the following characteristics and processes: 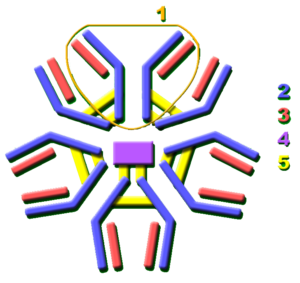 The Function of Antibodies 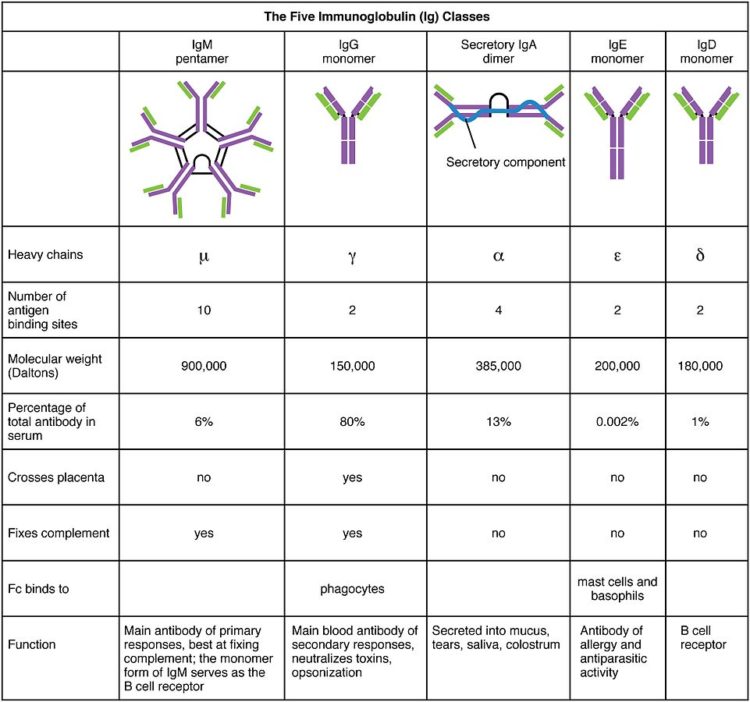 Antigens are generally of high molecular weight and consist of proteins or polysaccharides. One of the most familiar antigenic pathogens is microbes, which contain and produce many antigens. Antigens consist of many specific sites called epitopes that connect and bind to antibodies. There are two kinds of immune responses and resulting immunity: humoral or circulating antibody system (mainly dependent on B cells) and cell-mediated immunity (mainly dependent on T cells). 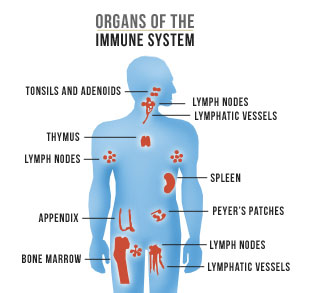 The human immune system begins at birth, as it develops from the embryonic stage, beginning with hematopoietic stem cells. Those stem cells develop and differentiate into bigger cells in the immune system (granulocytes, monocytes, and lymphocytes).

Stem cells differentiate throughout human life into cells that may or may not be involved in immune system function (erythrocytes and megakaryocytes).

Humoral immune responses to antigens begin by exposing the host to an antigen for the first time. Here, the immune system begins to make low levels of antibodies, approximately within a week. During the second exposure to the same antigen, the human immune system produces a much faster response and the ability of these antibodies to bind.

Whilst injecting a new antigen can only elicit a primary response, it shows that memory or prior exposure is required for a fast response.