How to Interpret an ECG in Seven Steps | Online Medical Library 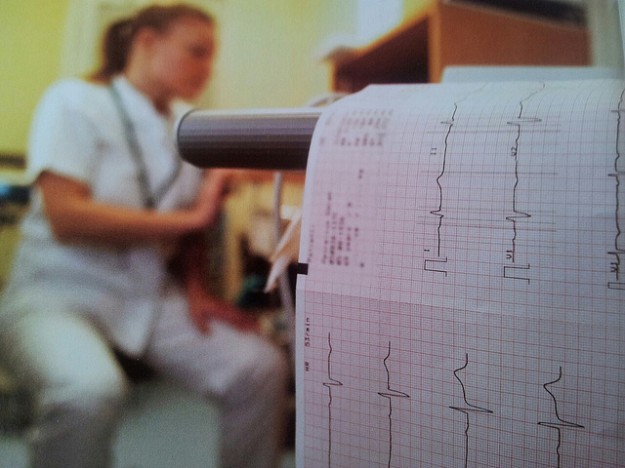 The heart rate can be determined via paper speed and the distance between 2 R waves. There are 2 paper speeds: 25 and 50 mm/s.

It is easier to determine the heart rate with the aid of an ECG ruler.

When interpreting the heart rhythm, you should look for P waves, which is a sign of atrial excitation. When every P wave is followed by a QRS complex, the ECG shows sinus rhythm. 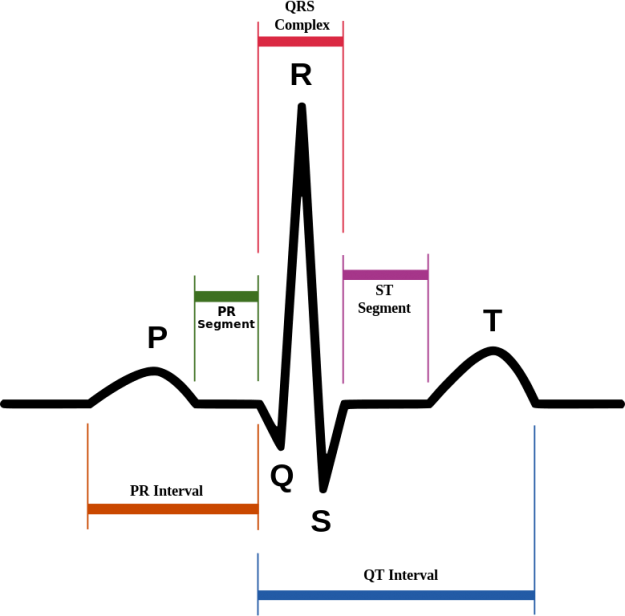 The electrical heart axis is determined using the Cabrera circle, which is complex, or by examining the waves of the QRS complex (in limb leads I, II and III). 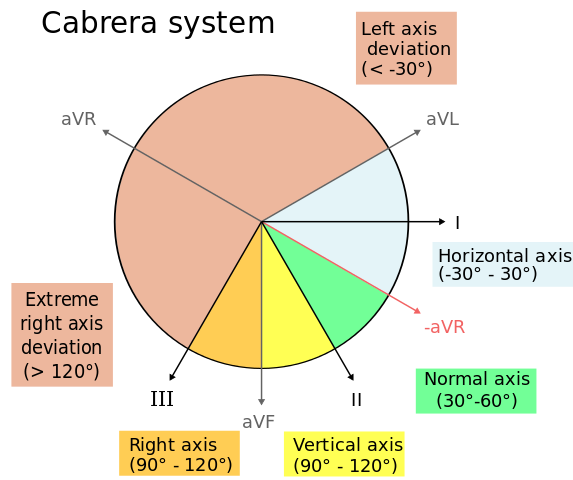 Since the 2nd method is easier, memorize the following ‘rules of thumb’: 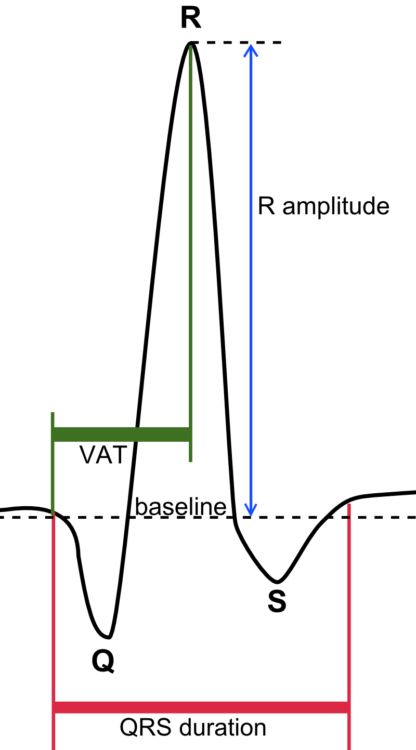 Broad and deformed QRS complexes can occur in the case of: 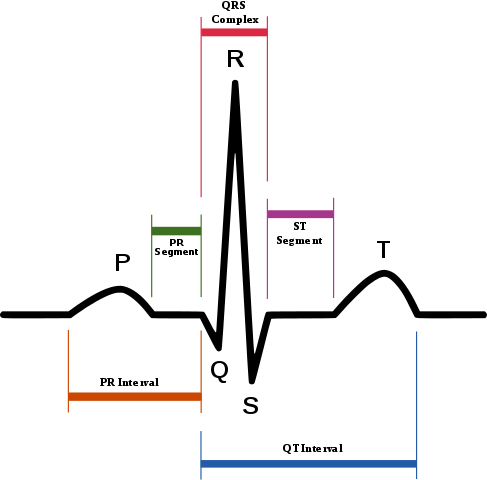 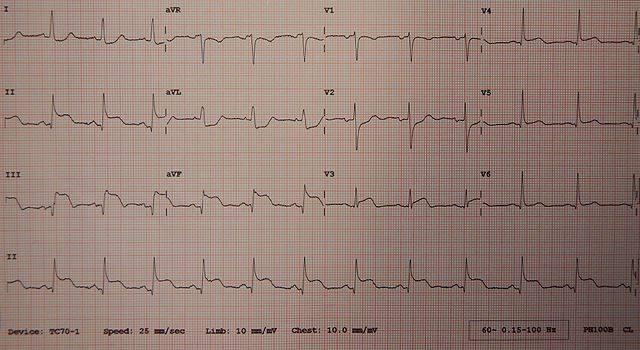 Image: A 12-lead ECG showing a STEMI. Elevation of the ST segment can be seen in some leads. By James Heilman, MD, License: CC BY-SA 4.0

N.B. Inverted T waves are not considered pathological per se. They are obligatory in lead aVR and are also found in leads III, V1 and V2, without manifesting any sign of disease.

Usually, the height of the R wave in the breast leads increases, while the S wave decreases and the S wave is completely missing in V6. The R/S ratio is considered as the area where R is taller than S (usually between V2 and V3, or V3 and V4). If this is not the case, the situation is referred to as poor R wave progression, which may be an indication of myocardial infarction or left ventricular hypertrophy.

How to Interpret an ECG: An Overview

Interpretation of an ECG in seven easy steps

While these steps represent a good start, these guidelines are not considered complete. Rather, these steps simplify the approach to reading and interpretation of an ECG in clinical practice.

11 thoughts on “How to Interpret an ECG in Seven Steps”