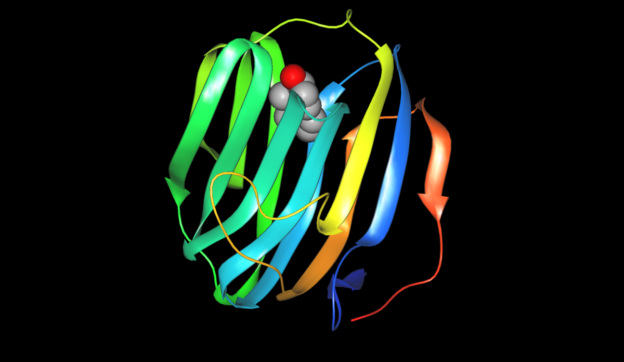 HBPs regulate the amount of hormone reaching the target cells. They also regulate the non–protein-bound, or free, circulating active steroid hormones, which are considered the primary gatekeepers of steroid action.

Plasma SHBG and CBG levels vary based on their production in the liver; they also vary with age, development, and different physiologic or pathophysiologic conditions. Various pathologies are associated with disturbed production of SHBG and CBG and their abilities to bind hormones.

SHBG is produced mainly in the liver and in small amounts in the brain, testes, uterus, and placenta. This binding protein carries the following:

Dihydroepiandrosterone (DHEA) and androstenedione are almost completely bound to albumin, but their affinity for SHBG is 4 to 5 times greater. SHBG is bound to biologically active androgens and estrogens. Levels of SHBG vary throughout life, depending on hormonal and metabolic factors. More of the protein is bound in men than in women because men have more androgens. Other steroid hormones, such as progesterone, cortisol, and other corticosteroids, are bound to CBG (transcortin).

In some conditions, the production of SHBG is increased. These include:

Drugs: Various drugs also increase the production of these proteins. Such drugs are:

Conditions that cause a decrease in production

In some conditions, the production of SHBG is decreased. Such conditions cause increased levels of androgens in the blood or increased CBG (transcortin) levels. These include:

Drugs: Various drugs also decrease the production of these proteins. In this group fall

Conditions that cause decrease in production

CBG, also called transcortin, is an alpha-globulin encoded by the SERPINA6 gene and secreted by the liver. It carries various hormones at different levels:

Other hormones carried by CBG include 4% of testosterone and 11-deoxycorticosterone (DOC), which is an aldosterone precursor. It is the main determinant of circulating plasma cortisol levels in humans. CBG has a maximum affinity for cortisol, carrying more than 90% of this steroid hormone. CBG levels are higher before puberty, during pregnancy, and after the use of estrogen as medication.

Production is decreased in the following conditions

In some conditions, the production of CBG is decreased. These include:

Drugs: Various drugs also decrease the production of CBG. These include androgens.

Serum albumin is produced in the liver. It is one of the most abundant proteins in the blood. It binds nonspecifically with steroid hormones and other small lipophilic molecules:

Albumin binds to all of the steroid hormones with the same affinity. Still, 99% of albumin binding sites remain open. Albumin concentration decreases with age.

In some conditions, the production of albumin is increased. These include:

Drugs: Various drugs also increase the production of albumin. These include:

In some conditions, the production of albumin is decreased. These include: