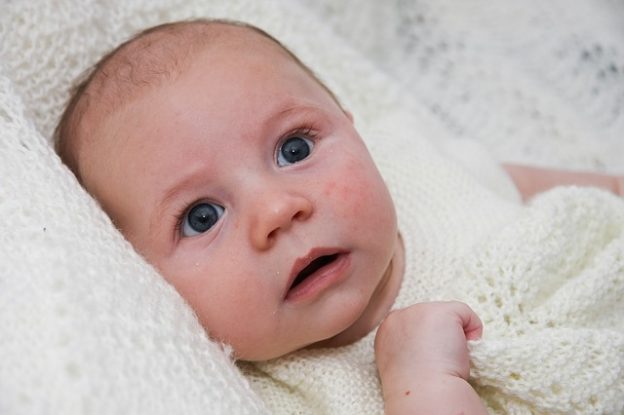 Epidemiology of HIV Infection in Children

HIV seropositive pregnant women represent 0.3% of the general pregnant women population. Maternal HIV infection is most common in Northeast regions of the United States. The main risk factor for HIV vertical transmission is not receiving adequate prophylactic treatment. Screening for HIV seropositivity in pregnant women has become routine in recent years because up to 40% of infected children had a seropositive mother who did not know she was HIV positive. Annually, 131 new cases of vertical transmission of HIV occur in infants in the United States.

Besides vertical transmission other methods of transmission that are evident in developing countries include blood transfusion, sexual abuse, and high-risk adolescent behavior.

“Estimated Cases of HIV by Region” Image created by Lecturio

Note: Acquired immunodeficiency syndrome (AIDS) is a feared complication of the HIV infection that has been also reported in children. Approximately, 13 new cases of pediatric AIDS are diagnosed per year in the United States.

Up to one-quarter of new HIV infections occur in adolescents. This can be explained by the nature of sexual activities that this age-group might participate in. This age group is more likely to partake in high-risk sexual activities. HIV infection is more common in African American adolescents, followed by Latinos and least common in the white population. Up to 80% of the cases occur in men and the main risk factor for HIV infection in men was male-to-male sexual contact.

HIV infection in children in developing countries is usually a fatal condition. Aggressive treatment of opportunistic infections, the introduction of new very potent antiretroviral drugs for pediatric use, and the management of the hematologic complications of HIV in children in the developed world has decreased the mortality of the condition significantly.

Regardless, few factors have been associated with a grim prognosis regardless of adequate treatment in children. These factors include advanced maternal age, high maternal viral load during pregnancy, premature delivery of the infant, high viral load in the infant for the first two months of life, the presence of p24 antigen, development of AIDS in the infant, early-onset cytomegalovirus infection, and early neurologic disease.

A direct, almost linear, relationship between CD4+ T-lymphocyte percentage and the risk of death in infants with HIV infection was found. As expected, the higher the CD4+ count, the better the prognosis and the higher the survival rate in the intermediate-term.

Pathophysiology of HIV Infection in Children

HIV infection before birth occurs by hematological spread by means of transmission across the placenta or across the amniotic membrane especially if the membranes are inflamed or infected. Most HIV vertical transmissions occur during delivery. Contact with maternal blood and cervicovaginal secretions are the main risk factors for HIV transmission from the mother to the infant during birth with the risk of infection being directly proportional to the duration of exposure.

Moreover, premature and low birth weight neonates appear to be at more risk of infection during delivery due to reduced skin barrier and immunologic defenses.

HIV is a retrovirus that contains RNA genetic information. The HI virus attaches to the surface of CD4 positive lymphocytes and macrophages. This attachment is also dependent on a protein known as CCR5, which belongs to the chemokine co-receptors. The absence of this protein, which is reported in up to 20% of Ashkenazi Jews, has been shown to be protective against HIV infection.

Infected children typically have a reduction in cell-mediated immunity and secondary B-cell dysfunction. Children who are not treated typically become immunocompromised and can develop opportunistic infections or malignancies.

Note: Hematologic consequences of vertically transmitted HIV are common and they include leukopenia, anemia, and thrombocytopenia. This might be related to impaired bone marrow function which could be a direct effect of the HI virus.

Progressive encephalopathy has been described in HIV infected children. Recent research has shown that the central nervous system microglia may play a critical role in the pathogenesis of encephalopathy in pediatric AIDS.

HIV in infants vs. in adolescent

Most cases of HIV infection in children are diagnosed via routine perinatal testing. All pregnant women must undergo testing to determine the seropositive state for HIV and determine whether any intervention is required to lower the viral load. Moments of increased maternal-fetal blood exchange or contact, such as during labor, are of critical importance and viral loads should be brought to a minimum during such periods whenever possible.

Half of the cases of pediatric HIV become symptomatic during the first year of life. Symptoms of immunodeficiency might be the presenting feature in untreated children.

Note: Recurrent invasive infections, meningitis, and infections caused by unusual organisms, such as Mycobacterium avium-intracellular complex, should alert the pediatrician towards the possibility of HIV.

Recurrent otitis media, sinusitis, and pneumonia are also common in HIV positive children. Recurrent fungal infections that are caused by the Candida species are reported more frequently in HIV infected children. Additionally, response to typical antifungals in those children is usually not satisfactory.

Growth failure and wasting in a child are also suggestive of HIV infection. Children who fail to attain typical milestones, or who have developmental delay, might have HIV encephalopathy.
Physical examination of children should be systemic and complete. There are many signs suggestive of immunocompromise in children in general, and of HIV infection in particular. The following table summarizes such findings:

The American college of obstetricians and gynecologists has put a recent guideline that should help in the early detection of children at risk of developing an HIV infection.

The diagnosis of HIV infection in an infant is always done by an HIV culture or by a DNA/RNA polymerase chain reaction test. A positive test should be repeated for the confirmation of the diagnosis. HIV testing should be performed within the first 48 hours of life, at the age of 1 to 2 months, and again at the age of 3 to 6 months.

The sensitivity and specificity of polymerase chain reaction testing for HIV in infants who are one month, or older, are 96% and 99% respectively. The main screening tests for HIV in the United States are the Oraquick, Reveal G3 Rapid HIV Antibody Test, Uni-Gold Recombigen HIV, and Multispot HIV-1/HIV-2 Rapid test. These tests are dependent on the detection of certain viral antigens. They have 100% sensitivity, hence are good for screening, but a low specificity; therefore, a positive rapid test should always be followed by a more specific confirmatory test.

Antibody detection tests are not used for diagnosis in infants younger than 18 months, this is due to the persistence of the maternal antibodies in circulation that would be a confounding factor in the interpretation of the results.

Once the diagnosis of HIV infection is confirmed, CD4+ levels should be monitored for adequate staging. A complete blood count, a urine analysis, and cultures for cytomegalovirus are indicated in children with HIV infection. HIV RNA viral load should be assessed twice at the baseline and then once every 3 to 4 months.

Infants of HIV positive mothers should be also screened for hepatitis B, hepatitis C, syphilis, and toxoplasmosis. Chest x-rays and computed tomography scans are indicated to evaluate the status of the lungs and exclude chronic lung disease. Brain imaging with magnetic resonance imaging is indicated in children with HIV encephalopathy. The main findings on brain imaging in a child with HIV encephalopathy include white matter degeneration, brain atrophy, and calcifications of the basal ganglia.

Management of HIV Infection in Children

Note: The main goals of treatment of HIV in children are to reduce HIV-related mortality and morbidity, restore immune function, suppress viral replication, achieve these results with minimum toxicity, maintain normal physical and neurological development, and improve the quality of life of the child.

Initial ART should consist of 3 drugs from two different classes of antiretroviral agents.

Lopinavir/ritonavir and nevirapine therapy is the preferred combination therapy for HIV in children younger than 3 years of age. Children who are 12 years or older might receive the combination product known as Genvoya (elvitegravir, cobicistat, emtricitabine, and tenofovir AF). Complera regimen which consists of emtricitabine, rilpivirine, and tenofovir DF has been used in children older than 12 years of age who have a viral load of more than 100,000 copies per mL.

The following table summarizes the recommended regimens of antiretroviral therapy for HIV infection in children based on age:

Adequate monitoring of viremia and CD4+ counts is required to assess response to treatment. Children who do not have a decrease in their HIV RNA copy number from the baseline that is above 1010, and those who have more than 400 copies per microliter after 6 months, or those with detectable HIV RNA levels 12 months’ post-treatment are considered as having an incomplete virologic response to therapy. Changing to another antiretroviral regimen might be warranted.