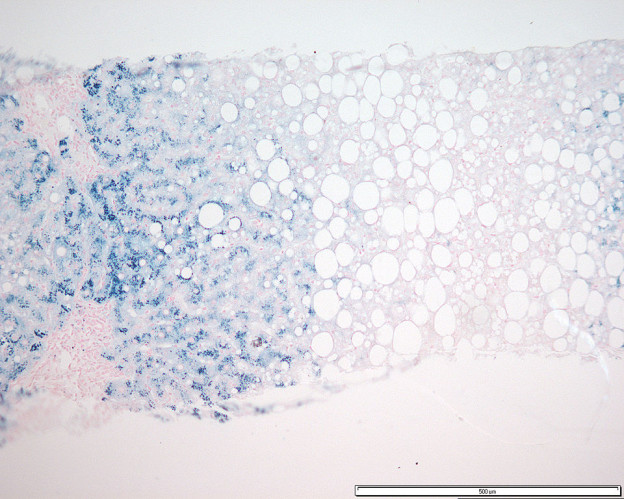 Hereditary hemochromatosis (HH) is an inherited disorder caused by high accumulation of iron in the body usually because of excessive absorption of iron by the colonic tract. The areas most commonly affected are the liver, skin, pancreas, heart, joints, and testes.

The additional iron gives the skin a bronze color and harms the liver. Diabetes similarly occurs because of harm to the pancreas. Congestive heart failure & arrhythmias, arthritis, and hypogonadism also may occur.

There are two kinds of hemochromatosis:

Primary hemochromatosis is a genetic disorder causing increased accumulation of iron within the body.

Secondary hemochromatosis is increased iron accumulation as a result of other blood-related complaints (such as thalassemia or certain anemias) or excess blood transfusions. It can also occur in patients with long-term alcoholism.

Normally, the entire body iron content is around 2.5 g in women and 3.5 g in men. Because symptoms may not occur until iron buildup is extreme (eg, > 10 to 20 g), hemochromatosis usually manifests later in life. In women, symptoms do not usually appear until after menopause because menses helps to alleviate excess iron.

Hepcidin, a liver-derived peptide, is the body’s main regulator for iron absorption. Hepcidin is usually up-regulated when the body has high levels of iron. It has an inhibitory effect on ferroportin (which participates in iron absorption), and therefore stops iron absorption and storage. 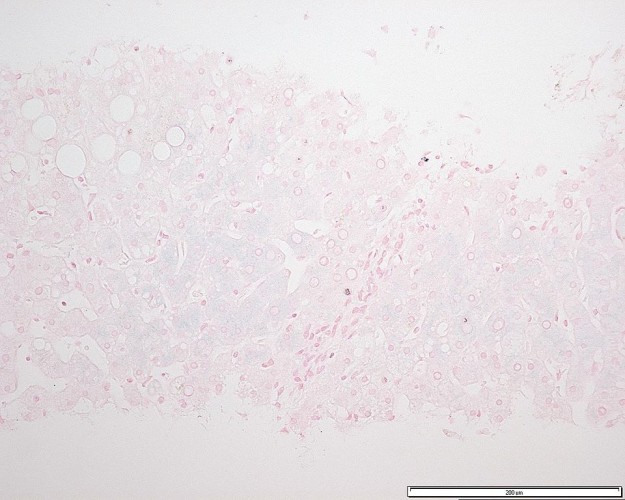 The clinical manifestations of hereditary hemochromatosis include:

Women usually present with non-specific symptoms first, such as fatigue. In men, problems such as diabetes or else cirrhosis (damaging of the liver) are often the first symptoms.

Diabetes mellitus occurs in about 50% of cases with hereditary hemochromatosis due to excess iron deposition and damage to the pancreas. The triad of diabetes mellitus, liver cirrhosis, and skin pigmentation is termed ‘bronze diabetes’ which occurs in the advanced disease when the total iron content increases 5 times its normal level.

Hereditary hemochromatosis can be associated with pseudogout, chondrocalcinosis, and chronic arthropathy.

Excess iron deposition in the myocardium can lead to dilated cardiomyopathy with subsequent heart failure and/or conduction disturbances, such as sick sinus syndrome.

Excess iron deposition in the pituitary cells may reduce the levels of the trophic hormones causing decreased libido & impotence in men. Amenorrhea may also occur in women.

The characteristic metallic ‘bronzing’ color of the skin occurs in the advanced disease due to increased iron and melanin in the skin.

Investigations and Diagnosis of Hereditary Hemochromatosis

Haemochromatosis is typically identified using blood tests, which might include:

Measures how much iron is willingly accessible for use in the body. It is elevated early in the course of the disease but has significant false positive and negative rates.

Measures the quantity of iron stored in the body. Although serum ferritin level >1000 mg/L is a strong indicator of hemochromatosis, it can also be elevated in patients with any type of hepatocellular necrosis/insult. Therefore, it is important to repeat the ferritin level after resolving any acute hepatic damage (e.g. alcoholic liver disease).

Would usually confirm the diagnosis and help screen for the disease in family members.

A liver biopsy may be helpful but is not required for the diagnosis of hemochromatosis. A biopsy will show excess accumulation of iron within hepatocytes.

MRI of the liver

Excessive iron deposition in the liver can be revealed as an increased density of the liver by the MRI. MRI can be very accurate in determining the concentration of the iron in the liver.

Patient’s first-degree relatives should be tested for C282Y and H63D mutations.

Therapeutic phlebotomy eliminates excess iron from the body. Removal of the iron from the body is best done by removal of 500 mL of blood once or else twice a week. After normal levels are achieved, phlebotomy may be needed less frequently — usually every 2–4 months, to maintain serum ferritin levels around 50 and 100 mg/L.

Chelating agents such as deferoxamine can remove 10–20 mg of iron from the body per day. This is less than what can be removed by phlebotomy. Although phlebotomy is less expensive and safer for most patients with hemochromatosis, iron chelating therapy is indicated:

People with hemochromatosis have increased risk for heart diseases, diabetes, and hepatic failure.

In cases of hemochromatosis-induced hypogonadism, patients should receive testosterone replacement or gonadotropin therapy.

The end-stage liver disease should be treated with liver transplantation.

1. What is the type of genetic inheritance of hereditary hemochromatosis?

2. Iron-chelating therapy is used in the treatment of hereditary hemochromatosis if there is…

3. The characteristic blood tests abnormality in hereditary hemochromatosis are what?