The Hepatic Portal System: Monitored Entrance of the Body 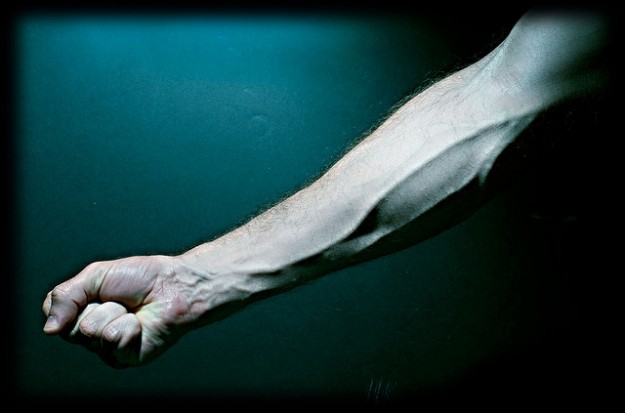 A Second Capillary Bed as a Safety System

When blood passes through the gastrointestinal tract, it absorbs numerous substances from food. This may include vital nutrients (except fats that enter the blood via the lymphatic system), but also dangerous and harmful foreign particles and pathogens.

One of the important functions of the liver is the detoxification of the body. The blood carries these many substances from the gastrointestinal tract directly into the liver where they undergo biotransformation.

This way, harmful substances can be rapidly neutralized. In pharmacology, the presence of a first-pass effect must be taken into account when administering oral medications, and drug dosage must be adjusted to compensate for this effect. If a drug dosage is too low, the majority of the drug is metabolized in the liver and is no longer effective.

The liver must filter blood from the spleen as well since it is well known that red blood cells are degraded here. Their constituents accumulate in the blood and must be completely disassembled and recycled in the liver.

The Portal Vein System of the Liver

Since the blood is only partially saturated with oxygen, the liver needs additional oxygenated blood to supply its needs, and the hepatic artery from the celiac trunk assumes this task. The portal vein carries blood that contains chemicals to be transformed to ensure the safety of the body. The portal vein and the hepatic artery, together with the common bile duct, the main duct carrying bile, form the porta hepatis.

After the blood has been processed, it flows into the inferior vena cava via the hepatic veins. Their vascular tree collects blood from the centrilobular veins of the hepatic sinusoids after the vessels of the porta hepatis have delivered the blood to their intrahepatic ramifications (see liver).

When the liver is damaged, for example in cirrhosis from chronic alcohol abuse, the vascular bed in the hepatic parenchyma is reduced. Therefore at a constant flow rate, the same volume of blood must be pushed out of the portal vein via fewer vessels. The pressure in the portal vein increases and portal hypertension develops.

This hypertension may be so great that the blood reverses its direction of flow. It does not flow directly into the liver anymore, but rather away from the liver. It seeks other ways back to the heart. These other pathways form the portosystemic anastomoses:

Usually, the aforementioned collateral circulation has to do with small vessels, which are not suitable for larger amounts of blood. Due to the increased pressure, they expand and can become visible.

The anastomosis through the veins of the esophagus forms esophageal varices. These thin veins may stretch to the point that they can burst, causing an upper intestinal hemorrhage. Chronic bleeding causes anemia, and acute situations can be life-threatening (see 1).

A phenomenon on the skin of the abdomen in which protruding veins develop around the umbilicus is called caput medusae. They arise through the bypass circuit over the re-opened umbilical veins (see 2).

The paraumbilical vein passes along the round ligament of the liver to join with superficial epigastric veins that drain into the external iliac. If these become dilated, the surface of the skin is elevated and these varicose veins radiate from the umbilicus as caput-medusae (see 3).

In the case of the colic vein, small branches from the colic veins unite with retroperitoneal veins that drain into the inferior vena cava (see 3).

The overfilling of the rectal veins causes hemorrhoids. These can also be extended to such an extent that they burst (see 4).

Shunting procedures have emerged to decompress the portal system in cases of severe hemorrhage but relatively preserved liver function. The most common are: