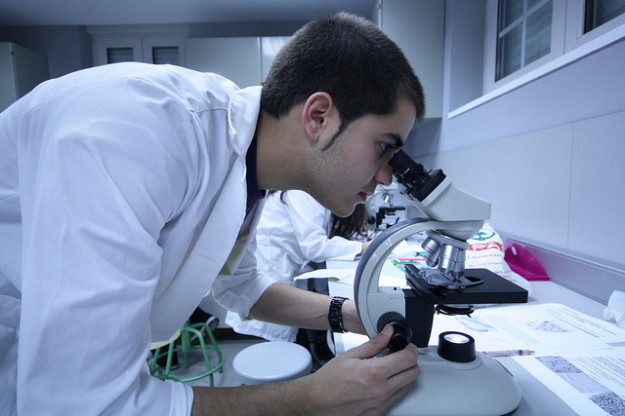 Haloalkane, also called alkyl halides, are the organic compound where the halogen is attached to an alkyl group. Haloalkanes may vary depending on the halide group attached, and/or the number of halide substituents. The size of a halogen group increases as you go down the periodic table because of having larger atomic radii. Because of this, the C-X bond strength decreases as you go down the periodic table. Later on, in this article, you will see the effect of this in terms of the reactivity of the alkyl halide. Alkyl halides may also vary depending on the extent of substitution. Compounds can be monosubstituted, disubstituted and much more.

The whole process involves inversion in the stereochemistry of the carbon involved in the reaction. Let us consider the reaction of the hydroxide ion with 2-bromobutane.

One important variable in an SN2 reaction is the structure of the substrate; this is because of the mechanism of the reaction which involves the formation of the pentavalent transition state. The presence of a bulky group in the structure of the substrate prevents the fast approach of the nucleophile to the carbon where the leaving group is attached. The bulkier the group, the slower the reaction will be because of the apparent shielding of the target carbon against nucleophilic substitution.

Rates of SN2 reactions are strongly affected by the solvent. Polar protic solvents, like water and methanol, are not usually used for SN2 reactions as a formation of hydrogen bond inhibits the immediate attack of the nucleophile to the target carbon. Polar aprotic solvents, like acetonitrile, are able to raise the ground-state energy of the nucleophile by solvating metal cations resulting to greater nucleophilicity of the anions.

As an example, consider the reaction of (CH3)3CBr and water. As expected, this reaction will not proceed readily in an SN2 mechanism as there are a lot of bulky groups that inhibit the formation of the pentavalent transition state.

Just like in SN2, the same sets of variables affect how the reactions proceed. For the substrate, SN1 reactions are favored as the substrate can form the most stable carbocation. The trend of stability of carbocation is shown below. This means a higher number of alkyl substituents attached to the carbon where the leaving group is attached, the faster the reaction occurs.

For the leaving group, the same trend is observed. The best-leaving groups are the most stable with a negative charge; those are the conjugate bases of strong acids.

E2 reactions occur when the haloalkane is reacted with a strong base like OH- or alkoxide ion (RO-). The strong base attracts one of the H atoms attached to the C atom adjacent to the C atom where the halogen group is attached. As the H-C bond is broken in the process, two electrons are transferred to the C-C bond-forming an additional bond, eventually rendering the C atom not available anymore to accommodate the halogen substituent. The X group then leaves the compound.

E1 reactions, just like the SN1 reaction, involve the formation of a carbocation intermediate. The reaction proceeds with heating involved. When the carbocation is formed, it is much easier for the nucleophile to attack the H attached to the C adjacent to the C where the halogen is attached. The alkene is then produced in the process.

E1cB reaction, in contrast to E1 where the reaction involves the formation of a carbocation, involves the formation of a carbanion intermediate. This reaction is common in substrates containing a poor leaving group. Here, instead of the X atom being removed first, the nucleophile attacks the H atom attached to the C atom adjacent to the C atom where the X atom is attached. When the H atom is removed, a carbanion intermediate is formed and rearrangements in the structure produce the alkene. This reaction usually is involved in biological systems.