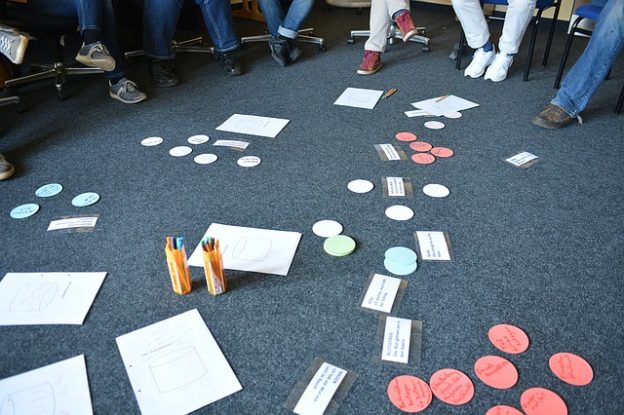 Group decision making is a participatory process where members act collectively to analyze problems or situations, explore alternatives to solve the same and select the best alternative from the list to solve the problem. The members of a group vary in age, sex, race, and number. A group may be official or unofficial and natural. The decision-making process may be structured or unstructured.

The terms group and team are used interchangeably but strictly speaking the two represent two different entities. The major differences between the two is that:

The group discusses and decides together, but usually, the person who is going to execute the required tasks is a single person while the team discusses, decides, and does the task together.

To understand this difference, let us take a surgical meeting as an example. Usually, a group of internal medicine doctors, surgeons, and other healthcare providers attend such meetings. In most cases, a group leader governs these meetings and the goal is to decide whether the patient should undergo surgery, or continue medical treatment.

Group polarization refers to the tendency for a group to make decisions that are more extreme than the initial views of its members. The entire group shifts toward the more extreme views.

Reasons behind group polarization include:

Individuals become more convinced of their view after hearing novel points to support their position.

The influence of others that lead us to conform in order to be liked and accepted, may take a stronger stance.

While the process of decision making among groups might sound simple at first glance, it is, in fact, difficult, time-consuming and on many occasions, can end up without any meaningful decisions. Therefore, people who have a business background can usually go back to the basic methods of decision making which are applicable to both teams and groups.

For example, the group might use the nominal group technique, the Delphi technique, brainstorming or dialectical inquiries to reach a decision. We will now discuss these different tools and show how they can help the group decide.

The process of nominal group decision making is structured and very well organized. Everyone is expected to come up with a list of ideas and decisions which is written privately and anonymously. After this process is finished, the lists of ideas are collected by the group leader and presented in front of everyone on the board.

The next step is to discuss each idea, ask whether the writer of this idea can clarify more and explain and then to rank the idea in order of preference. Of course, none of the group members can criticize the ideas because negative criticism can make individuals more reluctant to participate in the decision-making process in the future.

The Delphi technique is very similar to the nominal group technique but with few subtle differences. Firstly, when the Delphi technique is used, usually outsourcing is applied to solve the problem. In other words, the Delphi group is a group of individuals who are highly experienced in the problem that is going to be discussed who can be physically far from each other and perhaps not members of the same team, hospital or business firm.

These individuals send their ideas by email, fax or any other method of communication to the group leader. The group leader is then supposed to discuss these ideas with the local group, sometimes in the presence of the Delphi group by video conference, and try to reach a decision that both groups agree on as the most appropriate course of action.

Surgical telemetry meetings are known to use such methods in complicated cases. Unfortunately, this technique is usually more time-consuming. The most important advantage of the Delphi technique is that decisions are usually made based on a consensus that involves experts.

Brainstorming is one of the most common methods used to reach a decision in a group. All individuals can participate verbally with ideas that should be put on the board. It is aimed at ensuring that members have a complete understanding of the project.

Sometimes it may be divided into two stages:

This method is unstructured and not systemic. Usually, other group members might criticize the ideas which are strictly prohibited. Unfortunately, because individuals are expected to present their ideas verbally, those with poor presentation skills are usually going to be ignored in the decision-making process. Additionally, brainstorming while providing alternative solutions does not allow enough time to explain and evaluate such alternatives.

Brainstorming can be also done electronically where external experts might be included. Again, the process is not systemic, those who have poor presentation skills might be afraid to share their ideas and the decisions made are usually of a lower quality compared to the previous two methods.

Dialectical inquiries can be considered as a second step after choosing one of the previously mentioned methods. Once a list of the ideas is formed by the nominal group technique, brainstorming or the Delphi technique, the group members are divided into different teams.

Usually, most solutions can be broadly classified into two, and sometimes three categories. For instance, while the exact surgical procedure might be debatable, sometimes it is easy to see that all ideas can be classified into either surgical or medical in a surgical telemetry meeting.

The groups are divided into those who are pro-surgery and those who are pro-medical ideas for example and each sub-group is expected to provide explanation, clarification, and reasoning for their side. Dialectical inquiries can help the group leader study in more depth all the alternatives for the given problem. It also makes sure that the group is aware of the ramifications of its decision.

Group decision-making processes are usually needed in any hospital or health care provider setting. They have several advantages but unfortunately, they might have a few disadvantages.

Benefits of group decision-making tools include:

Disadvantages of group decision making include: