Lecturio is using cookies to improve your user experience. By continuing use of our service you agree upon our Data Privacy Statement . x
Are you more of a visual learner? Check out our online video lectures and start your infectious diseases course now for free! 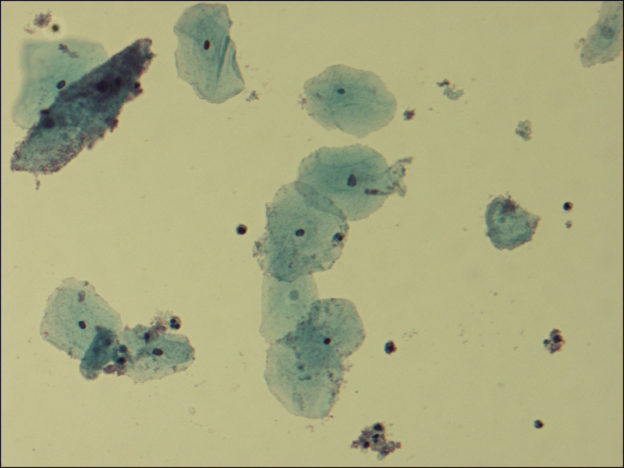 Definition and Background of Gardnerella Vaginalis

Gardnerella vaginalis is a pleomorphic, gram-variable (mostly gram-negative), facultative nonmotile anaerobic rod. Overgrowth of this bacteria is the most frequent cause of vaginitis in women (90% of vulvovaginitis) and causes epidemiological concern in males (urethritis).

Advanced microbiology technologies, including the electron microscope, improved laboratory equipment, and better testing methods (isolation and identification of bacteria), mean that the term ‘nonspecific vaginitis’ lost its meaning. The condition’s specific cause was detected and can be described in detail.

Typically, G. vaginalis is transmitted through sexual infection. Some clinical researchers suggest that the rectum may be inhabited with G. vaginalis, so the bacteria can travel from the rectum to the genitals, resulting in self-infection.

Advanced stages of the infection may lead to severe consequences in the form of pelvic inflammatory disease.

BV is a very common condition. In the US, 29.8% of the female population was diagnosed with BV with a Gram stain in vaginal fluid. Susceptibility increases amidst those ones who are non-white, practice douching, have numerous sexual partners, and have sex with women. Smoking and obesity are also risk factors. It occurs mainly in women of reproductive age. Patients with HIV are infected with G. vaginalis and develop BV twice as frequently.

G. vaginalis is very common worldwide, especially in countries with a humid and hot climate; thus, over 50% of women infected with G. vaginalis are in sub-Saharan Africa; they also have a higher of contracting HIV.

The labia, introitus, cervix, and cervical discharge appear normal; however, there may be signs of cervicitis. Vaginal walls produce enhanced light reflex without pronounced inflammation. The vaginal mucosa is covered with gray, watery, homogenous discharges.

This is a vaginal yeast infection caused by candida albicans. Patients present with vaginal redness, itching, and curd-like discharges. The cervix usually appears normal, with no inflammation.

This describes the condition when there are visible purulent or mucopurulent endocervical discharges in the cervical canal, and the cervix bleeds easily on touch.

The so-called ‘clap’ is caused by the bacterium neisseria gonorrhoeae and presents with thin or thick, purulent, and mildly odorous vaginal discharges, sometimes minimal or no discharges, dyspareunia, mild lower abdominal pain, and bleeding between periods.

Herpes simplex is caused by the virus of the herpes family, and the signs are ulceration of the penis or vagina followed by insignificant discharges and itchiness of affected zones. There might be enlarged local lymphatic nodes as well as fever and malaise.

This condition causes gray, yellow, or green foul-smelling discharge from the vagina urethra, painful urination, and intercourse, dysuria, vaginal bleeding after intercourse or unrelated to menses, genital itchiness, and a burning sensation.

Microscopic examination of the vaginal discharge will have these characteristics:

The whiff test is positive in 90% of cases. This test can be conducted by mixing the vaginal fluid with a drop of KOH on a microscope slide to detect the presence of amine, which is produced by anaerobic bacterial metabolism.

Microscopic evaluation of the bacteria flora is informative when looking for evidence of changes in the overall bacterial predominance. Thus, lactobacilli (large gram-positive rods) are predominant normally. In BV, coccobacilli dominate over any other microflora (anaerobes), and there is a reduced lactobacilli population.

Vaginal cultures can exclude other pathogenic growth apart from G. vaginalis, namely trichomonas species, C. trachomatis, and N. gonorrhea. G. vaginalis is detected in 100% of BV and 70% of asymptomatic BV.

The treatment of G. vaginalis has to be prescribed appropriately based on the results of the clinical examination and cytological testing. Antibacterial therapy is a first-line pharmacological treatment. For G. vaginalis, doctors recommend metronidazole, metronidazole gel, or clindamycin cream.

Patients taking treatment with metronidazole have to refrain from drinking alcohol during the entire course and 24 hours afterward; clindamycin cream softens the latex of condoms and diaphragms for 5 days after use.

Restricting sexual activity may be recommended depending on the severity and nature of the illness.

Surgical intervention is not required for G. vaginalis infections.

Is G. vaginalis in men possible?

G. vaginalis is rare in men. The risk factors for males include being immunocompromised, having anatomical genitourinary abnormalities, or being alcoholics. It is not considered a sexually transmitted infection, but it may be transmitted during intercourse. If Gardnerella is diagnosed, men should also take a standardized treatment as a precaution to avoid retransmission to the partner.

Colposcopy images of cervix in women with Gardnerella vaginalis infection via nih.gov