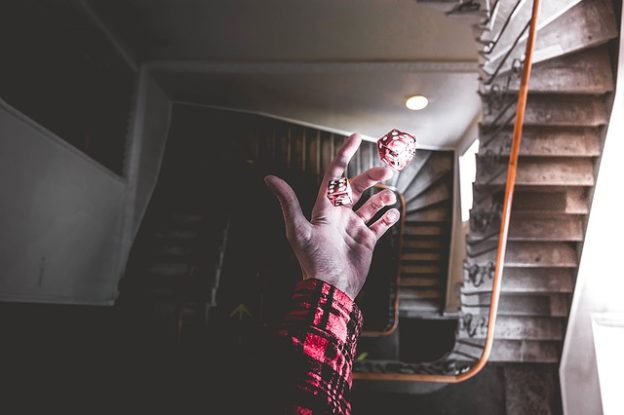 The diagnostic and statistical manual of mental disorders classifies the following entities as impulse control disorders:

These disorders are characterized by these common features:

Epidemiology of Gambling and Related Disorder

Gambling disorder has a prevalence of 0.5 – 3% of the adult population, with some places such as Nevada in the United States of America recording a higher prevalence of up to 2.2 – 3.6%.
Less than 5% of shoplifters meet the criteria for kleptomania since they steal for profit. It is a rare disorder of unknown prevalence. Trichotillomania affects 0.5 – 3.9% of the population.

Impulse control disorders arise from due to alteration of the same pathway as that of drug and substance addiction. Engagement in this activity leads to a pleasurable state.

The high levels of neurotransmitters, such as norepinephrine dopamine and serotonin, lead to an increase in the number of receptors and further remodeling thus, upon withdrawal from the activity or return to normal function, the relatively low levels of neurotransmitters cause undesirable withdrawal symptoms that tip the person back to the activity.

The patient is suffering from a compulsive gambling disorder after identification of at least 4 of the following clinical characteristics which have persisted for more than 12 months:

Kleptomaniacs present with a characteristic cycle of clinical symptomatology beginning with a spontaneous and non-collaborative habit of stealing things of low value that are not even needed by the individual. The person can afford these things and even throws them away after some time.

Increased tension or arousal before theft with pleasure and gratification during the theft.
The person then feels shame and guilt after arrest and, after some time, the strong urge to steal comes again and the cycle begins.

The identification of the above symptoms fits the diagnostic criteria for the disease.

These persons present with features of:

On examining the person, several burn holes can be found in their clothes, as well as burn marks on the body. The person has accompanying burnt material or things related to fire such as lighters.

The diagnostic criteria of pyromania involve identification of the following clinical features:

The diagnosis of impulse control disorders involves a comprehensive history taking of the person’s behavior and environment to try and identify if the person meets any of the needed diagnostic criteria.

For a compulsive gambling disorder, a history of the tendencies, frequencies, and impact of the gambling behavior must be assessed. This can be done with the help of various tools, such as:

In kleptomania, a history and physical examination to rule out other medical illnesses are necessary. Psychological assessment questionnaires in addition to DSM 5 criteria.

Treatment is mainly supportive management since the disease has few or no approved medications to treat it, and physicians have limited experience in the management of the diseases. However, some positive results have been seen in the local trials.

Antidepressants, such as selective serotonin reuptake inhibitors (SSRIs), are the mainstay therapy and considered first-line drugs in the treatment of impulse control diseases.

These drugs control symptoms of the disease and are mainly used to control comorbid psychiatric conditions such as mood instability. They work by increasing the levels of dopamine and norepinephrine level in the involved brain areas.

Opioid antagonists to reduce the pleasure associated with repeated engagement in an activity such as stealing and compulsive gambling behavior.

Cognitive-behavioral therapy (CBT) ensures that the patient has a conducive environment to control the engagement in the destructive activity say a person has no time to engage in gambling and setting off the fire. Here, the patient identifies the unwarranted behavior and assisted to replace it with another behavior. The method is very effective and should be considered as a first-line method of treatment, especially in children.

Techniques such as aversion therapy and systematic desensitization are also used.

This involves sharing of experiences and exposures concerning the disorders that enable the person to cope with the symptomatology.

Impulse control disorders have their onset in childhood and adolescence and run through to adulthood.

Mortality and morbidity are due to associated occurrences of suicidal tendencies, drug, and substance abuse.