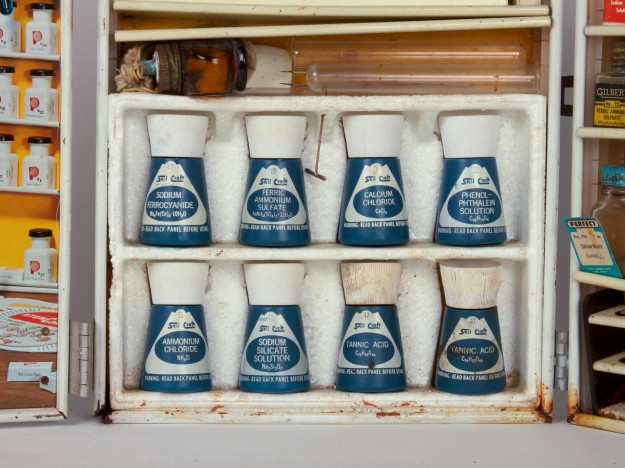 Primary and secondary alcohols are differentiated based on the number of organic molecules attached to the hydroxyl group. Compounds with 1, 2, or several hydroxyl groups are known as monovalent, divalent, or polyvalent alcohols. They can have names ending in -diol, -triol, etc.

The hydroxyl group has hydrophilic properties. As the oxygen atom has higher electronegativity, the electron pair from the water hydrogen atom is attracted to it, creating a negative charge. This is also a polar group and enhances hydrogen bonding in organic compounds.

Alcohols are therefore normally in the liquid state and have high boiling points. The extra electrons on the oxygen atom also make the hydroxyl group nucleophilic. As a result, reactions with electron-deficient molecules occur more easily. This group can both donate and accept protons. Thus, it is amphoteric as it can simultaneously be a weak base and a weak acid.

Ethers are hydrophobic and unlike alcohols, they are only proton acceptors. They do not form hydrogen bonds. Therefore, at room temperature and pressure, they are gases, and they have a low boiling point. Due to the existence of 2 lone pairs of oxygen atoms in ethers, they are able to dissolve in cold concentrated acids to form oxonium salts, which are stable. Moreover, ethers are known to react with acids such as aluminum chloride to form compounds referred to as etherates. Equally important is the fact that the alkyl group is responsible for the significant action of air and light on ethers which results in the formation of peroxides.

In thiols or mercaptans, a sulfur atom takes the place of oxygen in a hydroxyl group. Thiols are more acidic than alcohols as the hydrogen atom is donated much more easily. The reason for this is the higher stability of the resultant thiolate ions compared to the alcoholate. The sulfur atom is larger meaning the negative charge has less influence. The challenge experienced during the preparation of thiols is the fact that a second reaction may occur with an additional alkyl halide resulting in the formation of a sulfide byproduct. Nonetheless, this setback may be corrected through the use of thiourea (NH2)2C=S as a nucleophile. In this regard, the 1st reaction will lead to the formation of an alkyl isothiourea salt and an intermediate compound. The salt is then hydrolyzed through a reaction with an aqueous base.

Hydrogen bonds formed between thiols are somewhat weaker than those between alcohols, meaning that their boiling points are comparatively lower.

In a substitution reaction, after which a new R-group replaces the hydrogen atom, an ether—which is analogous to the alcohol—is formed. In this case, it is called a thioether.

In medical practice, thiols are particularly relevant in the treatment of heavy metal poisoning. As they form complexes with these metals, they are often used for detoxification.

The amino group is derived from the simple ammonia (NH3) molecule. The term enamines (again, analogous to the alcohols) refers to compounds with C-C double bonds, where one of the carbon atoms is attached to an amino group. A benzene ring with an amino group attached is called an aniline or aminobenzine.

Amines also use the naming convention of primary, secondary, and tertiary, though the name is not based on the carbon atom in this case, but on the number of R groups that are directly connected to the nitrogen atom.

The amino group is defined by its alkalinity: It is a good proton acceptor as the nitrogen atom contains a free electron pair.

Positively charged substituents can be attracted by this pair of electrons. As a result of this salt-forming reaction, the whole molecule becomes positively charged. In nature, there are many nitrogenous heterocycles. The following are commonly used in examples and are important:

In the carbonyl group, a carbon atom is connected to an oxygen atom with a double bond. Additionally, it has 2 R-groups and the corresponding molecule is referred to as a ketone. If one of the R-groups is a hydrogen atom, meaning the functional group is automatically terminal, this is known as an aldehyde group. Aldehydes are more reactive than ketones. Their boiling points are higher than those of alkanes but lower than those of the alcohols.

The carbonyl group is also a polar functional group. The carbon atom forms an electrophilic center and can be attacked by nucleophilic molecules. The pi-complex electron pair then transfers to the oxygen atom, which in turn attracts a hydrogen atom. The carbonyl group becomes a hydroxyl group.

Conversely, the oxygen atom is a nucleophilic center that electrophiles can attack. This unique reaction space has great significance in biochemistry.

The aldehyde and carbonyl groups are involved in many common reactions:

Additional special reaction of the aldehydes is the so-called aldol condensation: 2 aldehyde molecules react with one another in a basic environment. The first step is where a proton is donated to hydroxide ions. The resultant molecule is an anion (carbanion) which has nucleophilic properties and attacks another aldehyde. Unstable aldehyde-alcohol compound (aldol) is formed. Through dehydration (condensation), an aldehyde with a C-C double bond is formed. In this manner, longer chains and macromolecules can be formed.

Tip: If you want to work out which smaller aldehydes are at the heart of a reaction, split the molecule at the double bond. On one half, add an -OH group and on the other half, complete the molecule with the addition of a -H atom.

Ketones also demonstrate keto-enol tautomerism. This is different from mesomerism as it refers to 2 different, existing forms of one ketone that are in equilibrium with one another through the intramolecular shifting of a proton via the intermediate enolate stage. The tautomeric balance usually falls on the side of the keto form.

An exception to this is phenol, in which the balance falls on the side of the enol structure as the keto form has no aromaticity.

Examples of ketones and aldehydes include propanone which is mainly used as a solvent since it has the capability of dissolving both in water and other non-organic compounds. It is also used as a fingernail polish remover. Formaldehyde is known for its antiseptic properties and is widely used as a preservative for biological specimens including its application during the embalming process. Moreover, acetaldehyde is applied in the manufacture of hypnotics and sedatives through the process of polymerization.

Carboxylic acid is characterized by a carboxyl group in which a carbon atom is connected to an oxygen atom by a double bond and is also bonded to a hydroxyl group. Carboxylic acids are formed by the oxidation of aldehydes. The reverse reaction is a decarboxylation, where CO2 is separated. Fatty acids, which are key nutritional components, are examples of carboxylic acids.

Salt formation occurs if a carboxylic acid reacts with a base. If the hydroxyl group is replaced by other R-groups, then carboxylic acid derivatives are formed. The following compounds are just a few of these: