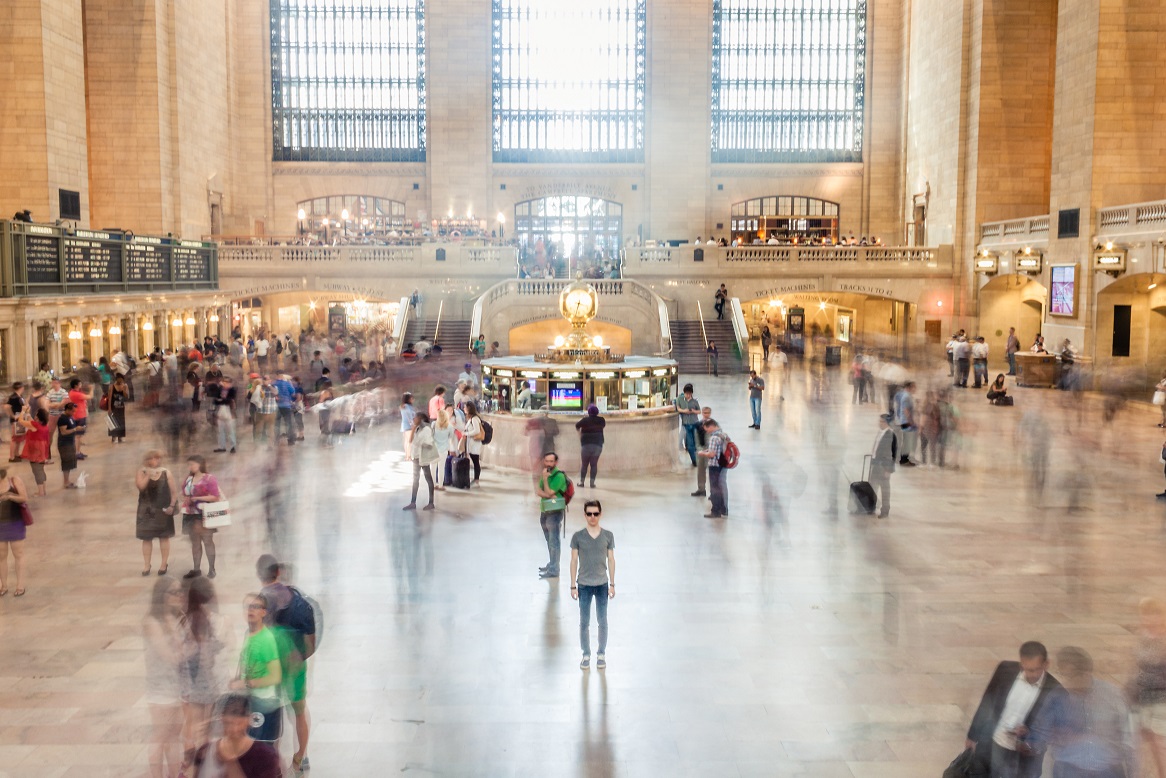 Sociological Influence on Health and Disease

Behavioral models and psychological models bring the person to the forefront to explain disease and health. Sociological models focus on the influence of social structures on health and disease. The structure of society, the economic system, and the organization of health assurance (e.g., the introduction of health insurance structures) all play an important role. Thus, you cannot be healthier without involving society and interaction with others and the environment. The most common association of sociological influence on health is the direct effect of poor socio-economic background on morbidity and mortality. Poor people in every society are associated with multiple diseases and limited access to healthcare.

Norms and Behavior Deviating from the Norm 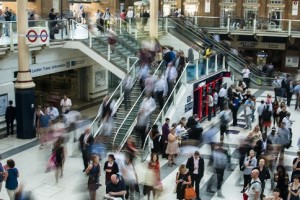 A social class is explained as a group of people having similar or equal circumstances, i.e., their living and working conditions are on the same level. Almost all members of society classify their fellow men into specific categories. This 1st assessment occurs based on outer appearance, language, clothing, and occupation. Social classes behave hierarchically with each other and enjoy different reputations within society.

The concept of social classes is a keyword in sociology. Class-related terms and models are based on education, income, and occupational class. This social class index (or meritocratic triad) is seen as an important resource concerning life chances.

Person is given an attributed status based on his or her origin. Acquired status describes the status, which a person can achieve by their performance, skill, and effort.

The meritocratic principle says that positions and rewards should only be distributed based on the performance of the person—not on the basis of their attributed status (e.g., gender, origin, parental home or ethnic affiliation).

The openness of a society can be perceived by studying the possibility of social mobility.

Under the prevailing circumstances, to what degree can a person influence his or her social position using his or her skill and effort?

The medieval estate-based society can be seen as an example of extremely low social mobility. Currently, due to the recession, there is a decrease in social mobility in industrial countries.

Social class gradients describe the reduced levels of, e.g., obesity, alcohol, and nicotine abuse. Another factor is the prevalence of mental disorders when it comes to higher classes within a population. Two theories offer explanations for the origin of these social class gradients: the social causation hypothesis and the social drift hypothesis. The social causation hypothesis has received a greater degree of proof than the drift hypothesis. The latter could primarily be observed in the area of mental disorders, especially in schizophrenic people.

The social causation hypothesis (cause hypothesis)

This hypothesis states that being in a lower class in society is a cause/risk for developing certain diseases. The cause of the unequal distribution of health and disease is greater exposure to factors that endanger health (higher environmental pollution, worse working conditions, etc.) and risk behavior (nutrition, substance abuse, movement behavior, etc.), which is accompanied by affiliation to the respective social class.

The social drift hypothesis argues in the opposite direction. It states that the unequal distribution of health and disease exists because disease forces social relegation or does not allow social advancement. This social drifting away is thus considered a consequence of a disease. The hypothesis states that mental illness causes one to drift further downwards of the social class.

Tip: both hypotheses often come up in preliminary examinations!

Age is a common characteristic that we use to differentiate or sub-group a population. Age cohort is a group of subjects who have shared a particular event during a particular period.

Consider the elderly – those over the age of 65 as they typically retire and are not contributing to the workforce. Resultant shift occurs in their quality of life as their reliance on social support increases. In the United States, 10% of people live below the poverty line. ‘Silent generation’ and ‘G.I. generation’ was born during the Great depression and WW 2. By 2025, it is estimated that over 25% of the population will be over the age of 65.

The dependency ratio examines the proportion of elderly vs. non-elderly and the need for social support.

The social significance of aging includes:

Life-course theory of aging is a process mediated by:

There is a shift in age-related expectations with increased life expectancy.

Other theories of aging include:

Gender is the range of characteristics regarding and differentiating between and from masculinity and femininity.

Considerations for determining the gender of an individual include:

Genderqueer, also referred to as non-binary, is when an individual is not exclusively masculine or feminine.

This is a catch-all category which can include:

Sexual orientation refers to a person’s sense of identity-based on attractions, related behaviors, and membership in a community of others who share those attractions.

Sexual orientation is composed of:

Sexual orientation is traditionally defined as including:

The social construct of gender refers to social norms, expectations, and roles assigned to each gender many times even before they are born. The gender roles can shape the expectations of ‘proper’ behavior.

Society tends to redefine the characteristics of each gender:

These predefinitions are propagated by media and society and disapproved upon when broken. Societal views are more biased towards men than women (i.e. men shouldn’t have feminine roles). The roles for men are perceived as having more value (i.e. home-maker vs. professional).

Society also assigns unequal value to jobs and education based on gender:

Gender segregation is the separation of people according to the social constructs of gender.

The race is a socially defined category that is based on physical differences between groups of people. The racial formation theory looks at race as a socially constructed identity, where the content and importance of racial categories are determined by social, economic and political factors. Many times the racial difference may be perceived or based on a historical perspective (i.e. the color of your skin vs. the color of your hair or eyes).

Ethnicity is a category of people who identify with each other based on cultural differences:

Ethnicity is a dynamic process and can change across generations.

Social constructs of race and ethnicity can impact:

Racialization or ethnicization is the process of assigning ethnic or racial identities to a group that did not identify itself as such:

Immigration is the movement of people into a country of which they are not natives, to settle or reside there. Immigrants tend to move to more industrialized, economically sound, and politically stable countries. Immigration can have both positive and negative effects for the donor and recipient countries:

In the long term, high workloads have a negative influence on health. Workers are more often affected by physically hard labor and shift work, which fosters physical diseases. Doctors, e.g., are exposed to very high psychological loads, in terms of high responsibility, high level of time pressure, and high expectations from many sides (e.g., from patients, relatives, colleagues, family, etc.)

Person’s subjective impression of job insecurity is a stress factor!

A person’s workload can be described in the demand-control model in terms of 2 dimensions:

Strong social support can serve as a stress buffer and compensate for high workloads.

Model of the occupational gratification crisis 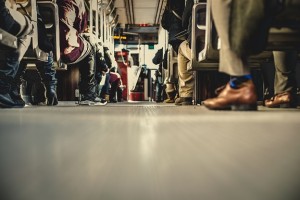 The economic and financial situation of a country has a great impact on the health of an individual. The structure of the health system is also very important: statutory or private? In the United States, e.g., a lot of people in lower social classes have no access to medical care. The enormous impact of economic factors on health can be seen in terms of life expectancy as seen when comparing highly-industrialized countries and threshold countries.

Demography: The science of population combines elements from sociology, geography, medicine, and economics, and it examines the life, growth, and decay of human populations.

Generative behavior and its determinants

The ideal basic forms are presented in the following graphic: 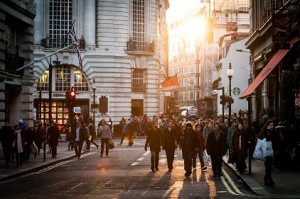 During nation-wide industrialization, shifts in the generative structure of the population occur. Although this theory originates from the 1920s, it still influences epidemiological thinking. The 5 stages describe the transformation of aspiring societies: initially, high birth and death rates dominate. In the course of industrialization and modernization, the birth rates stagnate, the population shrinks, and life expectancy increases. Germany and most other industrial countries are in stage 5.

The 5 phases of demographic transformation

The epidemiological transition describes the changes in the frequency of diseases and the causes of death. In modern societies, chronic-degenerative diseases rather than infectious diseases tend to dominate.

This has (had) the following consequences for medical practice:

Primarily, medical treatment no longer aims to cure the patient, but rather to preserve the quality of life. This entails implementing rehabilitative measures rather than curative practice. Demographic aging impacts both health and social politics. One of the goals is compression of morbidity, i.e. seeking to ‘compress’ diseases and disabilities into the shortest possible period immediately before death. Thus, good health should be preserved during old age, to keep the enormous costs of chronic diseases at the lowest possible level.

Society in change: the law of contraction and the consequences for medicine

The law of contraction describes the historical tendency towards smaller families, with the consequence that solidarity between individuals only relates to smaller groups of people.

This sociological thesis was developed in the context of a background where the state is taking over more and more tasks relating to social security, thereby taking over the function of the family nucleus. Certain changes can indeed be explained by the law of contraction, however, in most cases, the nuclear family still forms the most important social and financial network.

Yet, it is an undeniable fact that the number of 1 and 2-person households are continuously increasing in Germany and very few multi-generational households now exist. Furthermore, both partners within a family work. One consequence of the health system is the changing way that things are being organized for sick and elderly people. There is an increasing need for hospital beds, nursing, and retirement homes as well need for the provision of childcare.