Lecturio is using cookies to improve your user experience. By continuing use of our service you agree upon our Data Privacy Statement . x
Are you more of a visual learner? Check out our online video lectures and start your psychiatry course now for free! 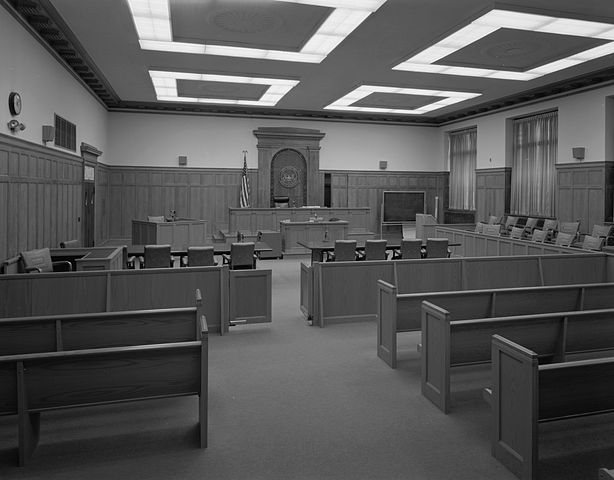 Informed consent refers to the patient granting permission to a doctor based on his/her knowledge of possible consequences in terms of risks and benefits. The doctor discloses appropriate information to a competent patient who voluntarily chooses his/her treatment. The process of obtaining informed consent in patients with diminished mental capacity has procedural difficulties due to a lack of concentration and cooperation, and ethical dilemmas due to these individuals’ unreliable judgments.

In psychiatry, informed consent is needed for:

Informed consent in psychiatry is built on:

If a patient has an altered mental status, it is important to determine whether s/he has the capacity to make informed health care decisions and consent to treatment. Physicians who understand the patient’s medical illness and have skills in determining the patient’s capacity may include psychiatrists, geriatric psychiatrists, and geriatricians.

Competence refers to an individual’s ability, both legal and natural, to engage in a given behavior. It entails many activities including, but not limited to, the following:

Incompetence is a judicial decision arrived at in court proceedings based on an expert witness’ (forensic psychiatrist) submission.

Capacity refers to an individual’s ability to form a rational decision based on his/her understanding and available information. Incapacitation is a physician’s (psychiatrist’s) decision, which is commonly applied in substituted consent scenarios, to avoid halting a medical process as the doctors await legal consent.

Questions of competence and capacity arise in 3 – 25% of patients. Most problems go undetected.

Assessment of competence and/or capacity

In most nations, the law of presumptive competence dictates that every person over the age of 18 years enjoys autonomy and self-determination; thus, everyone has a right to accept or decline medical treatment. However, the person must have the ability to make a reasonable decision at the time. The psychiatrist’s role is to determine whether the patient is capable of making this decision.

This does not require medical tests or given assessment rubrics. The psychiatrist will ask several questions to assess the patient’s competence based on the above determinants.

If the patient lacks the capacity to make certain decisions, the psychiatrist should offer emergency treatment, as needed, and seek the decision later or, if possible, locate a surrogate, family member, or court-appointed guardian.

Some challenges encountered while assessing competence include:

Just like other medical practice fields, psychiatrists may be liable when harm occurs to, or is caused by, the psychiatric patient. The psychiatrist-patient relationship is difficult to establish, but it is a relationship filled with trust and prone to exploitation and malpractice risk on initiations.

Five factors increase the risk of malpractice among psychiatrists.

This is the most common cause of malpractice claims against psychiatrists, especially those offering patient care. It rarely happens in the outpatient setting. Malpractice cases can arise when the patient takes his/her own life, and the doctor has not noted any prior suicidal ideation or attempts in the medical record. It is important to record even the most unlikely event and assess the plan and nature of execution alongside its practicality and need for hospitalization.

A call from a psychiatric patient issuing a threat may be viewed as a normal occurrence. However, a delay in deploying emergency assistance is a common cause of liability for a psychiatrist who offers follow-up help in an outpatient setting.

Patients react differently to medications and unpredictable adverse effects, such as violent behavior after taking medication, have been documented. Development of adverse effects, such as tardive dyskinesia, to incapacitating and irreversible levels, are common causes of litigation; therefore, every time a psychiatrist prescribes a drug, he/she should exhaustively explain possible side effects associated with the drug.

Exploitation of the trust in the relationship (sexual misconduct)

In a few instances, the psychiatrist takes advantage of his/her powerful position and sexually exploits a patient, thus causing sexual harm which the psychiatrist is liable for. The most common scenario is false accusations of sexual abuse from the psychiatric patient. Thus, every psychiatrist should record the nature of the disorder and any abnormal behaviors manifested by the patient in prior visits.

It is common to receive homicidal threats from psychiatric patients and, even with proper documentation to avoid litigation, problems may arise in deciding whether to alert the authorities.

If a patient threatened to kill his neighbor, do you disclose the patient’s diagnosis and progress details with the neighbor, or even the police? This would be considered a breach of doctor-patient confidentiality. On the other hand, maintaining confidentiality might lead to negligence charges against the doctor if the patient does commit murder. The right decision in such a case depends on the situational reality of the threat and the laws of the land.

In all medical-legal proceedings involving malpractice, the following must be proved, beyond a reasonable doubt, for a conviction.