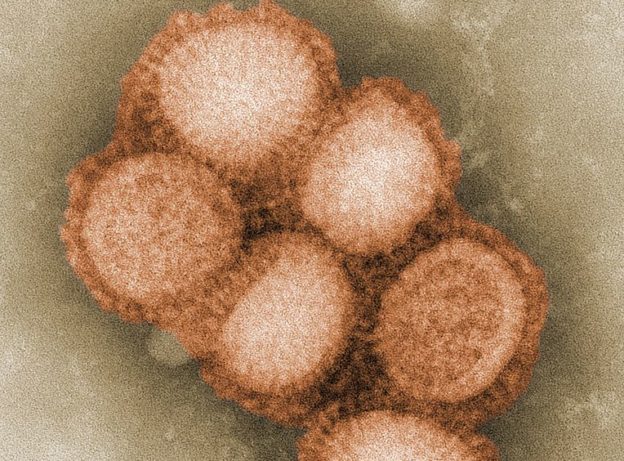 Influenza, or the flu, is one of the most common infectious diseases prevalent worldwide. It is responsible for epidemics and has a wide range of symptoms ranging from a mild upper respiratory tract infection to death. The severity of symptoms depends on the patient’s immune status.

Seasonal variations in viral transmission have been responsible for the appearance of more deadly strains such as the Spanish flu, swine flu, and avian flu. Additionally, the symptoms of flu caused by these strains commonly overlap with those induced by viruses such as adenovirus and parainfluenza virus.

The influenza virus has been responsible for causing a significant number of infectious diseases worldwide. Up to five million people are affected annually and approximately 500,000  influenza-related deaths have been reported every year.

In the United States alone, the influenza virus is responsible for at least 3,000 annual deaths. However, this figure is based on statistical modeling, as influenza is not a reportable disease.

The H1N1 influenza strain that is responsible for the swine flu, hit the United States in 2009 and caused approximately 500 deaths. The avian flu was responsible for 375 deaths worldwide.  Infections by these specific strains of the virus can cause more fatalities compared to those caused by the more common strains; fortunately, they are less likely to spread and so far the number of reported cases is low.

Certain groups of people are known to be at an increased risk of mortality and morbidity from the influenza virus. These groups include individuals > 65 years of age, < 18 years of age, and the immunocompromised. 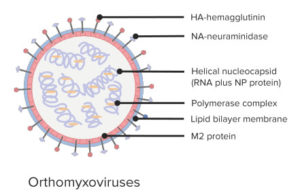 The influenza virus genome is constantly in a state of flux. Unlike DNA polymerases, the viral RNA-dependent RNA polymerase does not check for errors during transcription. Thus, the chance of transcription errors increases and results in different strains and variants of the same virus. These mutations are a result of genetic drift and a slow change of the virus due to mutations over the course of time spanning several years. Additionally, whole-genome segments can be exchanged during infection. For example, the avian influenza virus and a human-type influenza virus can both infect an animal, usually a pig. If this infection occurs simultaneously, it could result in shuffling of their genome segments and give rise to a new and potentially deadly virus. This is called a genetic shift, which causes a rapid change in the viral genome that could be potentially lethal to humans.

Swine and avian flu can be transmitted to humans via direct contact with infected animals or human-to-human contact. The latter is airborne, resulting in virus transmission via aerosols when an infected individual coughs or sneezes.

Upon infection, the prodrome period can last anywhere from a day to a week. The infected individual is contagious for about a day before symptoms are evident. Following viral entry, respiratory epithelium dysfunction occurs and inflammatory mediators are released; consequently, the systemic features of influenza ensue. 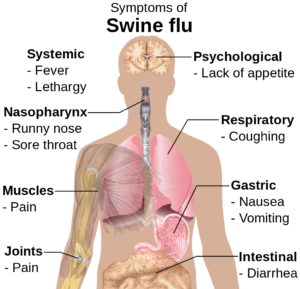 Most patients seek medical attention upon experiencing severe symptoms of sore throat, which can last up to five days. These symptoms are usually milder in people who have received their annual influenza vaccine.

Physical examination confirms the presence of fever, tachycardia, and pharyngitis. Reddening and watering of eyes are common and patients complain of fatigue. Respiratory assessment may appear normal in most patients; however, focal wheezes can be heard in some.

Patients can also be dehydrated due to fever and the inability to consume fluids due to discomfort in the throat.

Avian flu carries the highest risk of progression to adult respiratory distress syndrome and is responsible for a significant number of influenza-related hospitalizations.

While laboratory investigations do not specify any specific findings for the diagnosis of influenza, certain patterns have been identified clinically. Patients usually develop leukopenia and lymphopenia unless they have already developed secondary bacterial pneumonia. There is also a possibility of the development of hypoxemia.

Rapid diagnostic tests of influenza are available, which although accurate, are not sensitive or precise. The QuickVue Influenza A+B test can provide conclusive results in 10 minutes, while the Zstat Flu test requires 20 minutes to yield test results. As the accuracy of these tests can decrease over time due to viral mutations, periodic standardization is essential.

The Alere I Influenza A & B test, based on a molecular assay, was approved in 2017 by the FDA and is frequently used in point-of-care testing. Results can be confirmed within 15 minutes and are more reliable compared to those of other rapid diagnostic tests. 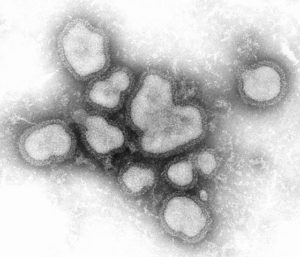 While these tests are helpful in a clinical setting, viral cultures and tests based on the principle of reverse-transcriptase polymerase chain reaction are standard criteria to confirm the diagnosis of influenza. Viral cultures require approximately a week to yield results, which render them useless from a clinical point of view due to the lag time. Drug interventions should be commenced as promptly as possible.

Recently, a reverse-transcriptase polymerase chain reaction test has been approved for the detection of influenza viral proteins. This test can differentiate between influenza type A and B viruses, classify type A viruses by subtypes based on the H and N genes, and detect the highly pathogenic avian virus, H5N1.

The inflammatory response to an influenza virus infection is different from that of bacterial pneumonia. Therefore, the use of a testing panel based on interleukin-10 to distinguish influenza from viral or bacterial pneumonia has been recommended. Influenza was found to be associated with high interleukin-10 levels (average of 88.69 pg/mL) in infected patients. These levels were significantly higher compared to those in the other etiologies of pneumonia.

Imaging studies are required for patients presenting with symptoms of possible complications, or in high-risk populations including the elderly. A chest X-rays can show multiple diffuse infiltrates, a finding consistent with adult respiratory distress syndrome. Patients who show diffuse lung infiltrates, consistent with adult respiratory distress syndrome, should be screened for influenza A.

The current understanding of genetic shift and drift in the influenza virus allows us to anticipate the most likely epidemic strain of a season. Vaccination is recommended for those who are six months and older. Annual vaccination against the influenza virus can not only prevent the disease in most patients, but can also alleviate symptoms in the event of an infection. 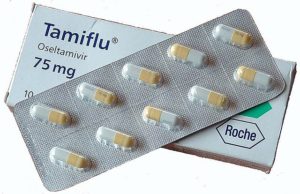 Patients with a confirmed diagnosis of influenza usually benefit from bed rest. They may also benefit from antiviral therapy if started within the first 48 hours of the onset of symptoms (within the first 24 hours is recommended). Oseltamivir, peramivir, and zanamivir inhibit neuraminidase activity, which is responsible for cell-to-cell spreading.

Antivirals are helpful in alleviating symptoms, preventing complications in high-risk patients, shortening disease duration, and decreasing mortality in more severe strains such as influenza A. Current recommendations indicate antiviral therapy for up to six days with an aim to lower mortality, after the onset of symptoms in individuals with confirmed avian influenza infections.

This treatment modality is associated with higher costs and significant adverse effects. Thus, the decision to prescribe antivirals should be made on a case-to-case basis. Accordingly, antiviral therapy should be used only in a select population of patients who are severely ill, require hospitalization, are at risk of complications, or who present with symptoms that last more than 48 hours after the initial presentation.

The pathology of influenza virus infections via nih.gov