Fever is defined as a measured body temperature of at least 38℃ (100.4℉). Fever is caused by circulating endogenous and/or exogenous pyrogens that increase levels of prostaglandin E2 (PGE2) in the preoptic area of the hypothalamus. This process increases the physiologic “set point” of body temperature in the hypothalamus. Fever is commonly associated with chills, rigors, sweating, and flushing of the skin. Fever is a symptom of a wide array of diseases; therefore, when evaluating fever, it is important to take an accurate history and review of symptoms. The major etiologies of fever include infectious (most common), non-infectious, neurogenic, drug-induced, and fever of unknown origin. When a fever occurs, a combination of cellular, local, organ-specific, and systemic effects occur and put the individual at risk of both short and long-term dysfunction which, if severe or sustained, may lead to death. 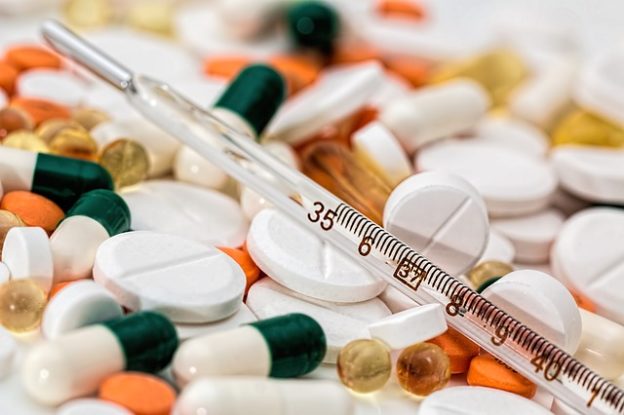 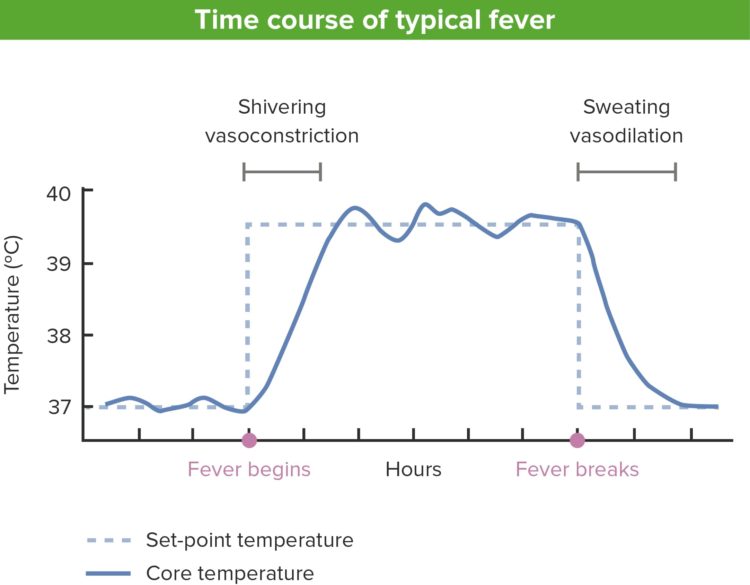 Time course of a typical fever. Image by Lecturio.

There are many causes of fever. Several of the most common etiologies are discussed below.

Occurs with fever higher than 38.3°C (100.94°F) for at least 3 weeks with an uncertain diagnosis after at least 1 week in the hospital (ie, after extensive evaluation and diagnostic testing). Common causes are

Body temperature is regulated by the central nervous system at the level of the hypothalamus. 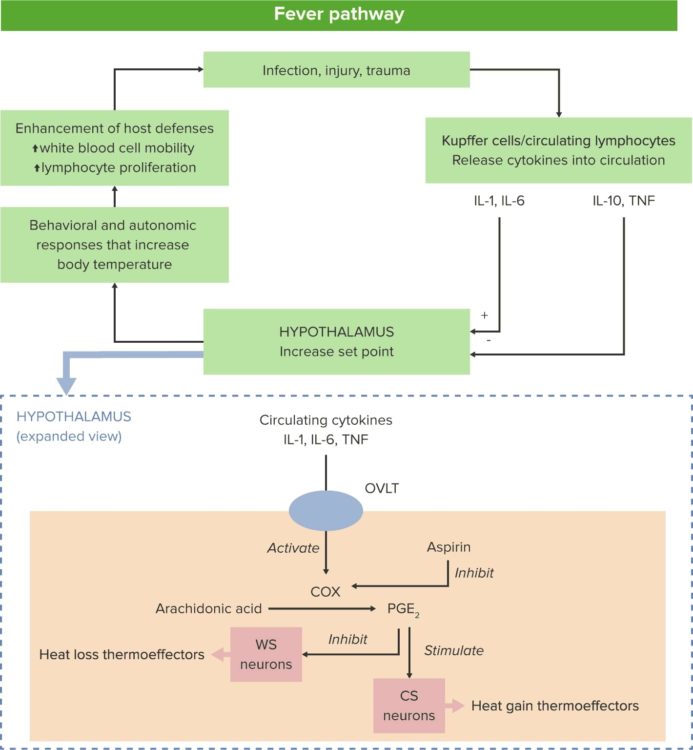 Mechanisms of fever generation. A stressor of the body (e.g., infection, injury, trauma) incites lymphocytes to release cytokines which, in turn, stimulate the hypothalamus. Within the hypothalamus, the vascular organ of lamina terminalis, or supraoptic crest (OVLT) activates cyclooxygenases (COX), which catalyzes the formation of prostaglandins (PGE2). These hormone-like substances produce fever by activating cold-sensitive (CS) neurons and inhibiting warm-sensitive (WS) neurons.
Image by Lecturio.

The following conditions are associated with fever and should be considered due to their life-threatening nature.